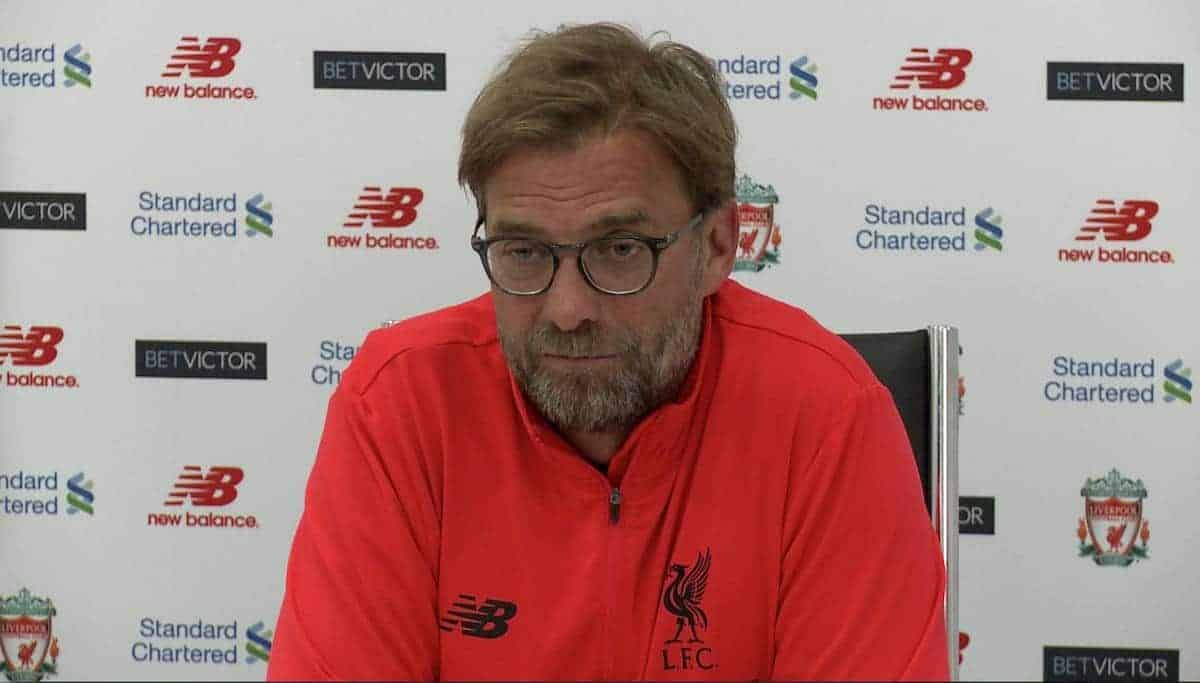 In the final away game of the season, Klopp’s side know three points will be another step closer to a top four finish.

The manager said he was in a positive mood despite the pressure on his side going into these final two games.

There was an injury update, with Klopp revealing that Lucas Leiva and Roberto Firmino are struggling with muscle injuries. But on the plus side, Adam Lallana and Daniel Sturridge are both “ready” to start.

Champions League group stage draw: When is it and who could Liverpool face?