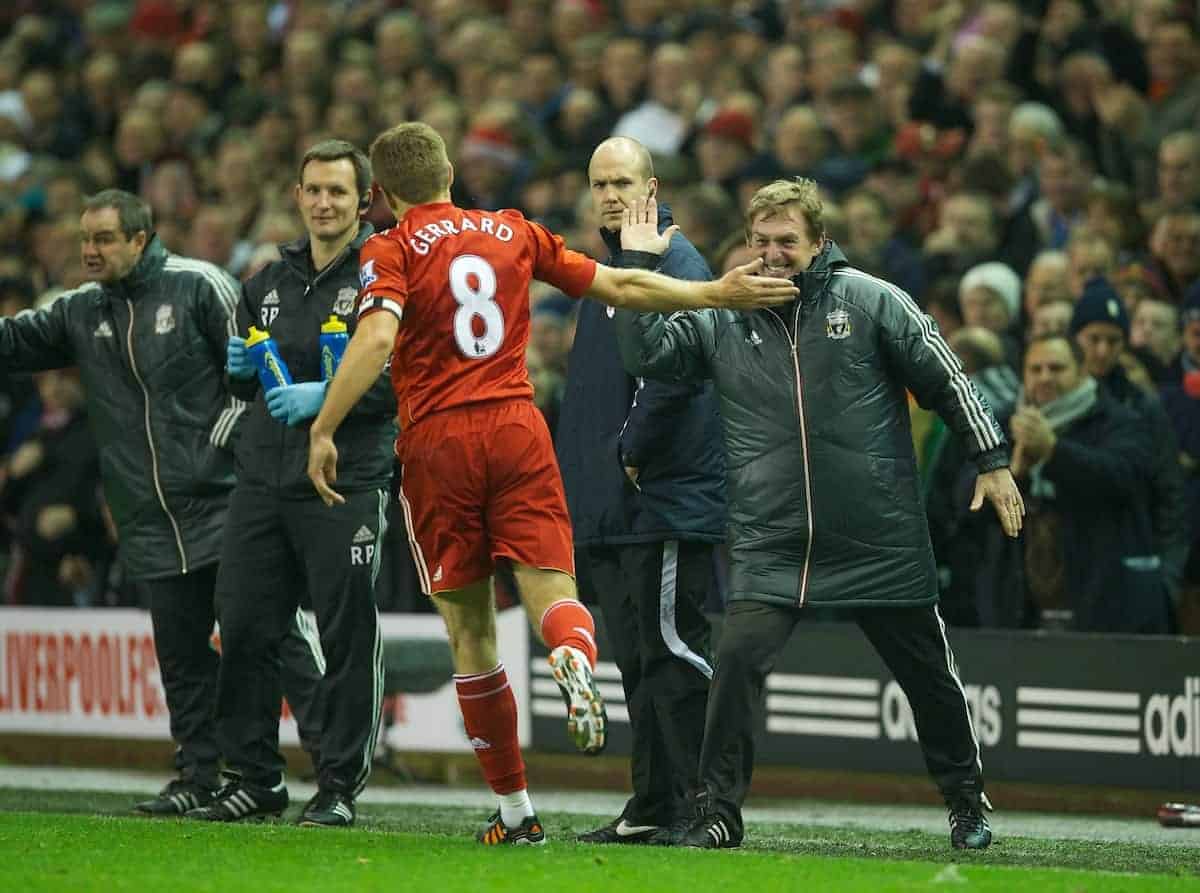 As England and Scotland prepare to face each other on Saturday, which former Liverpool players make it into a combined team throughout history?

Hampden Park hosts the latest clash between two of international football’s most historical rivals, with both hoping to qualify for next summer’s 2018 World Cup in Russia.

Liverpool’s incredible history has featured some legendary English and Scottish players, whether it be commanding goalkeepers, classy centre-backs, talismanic midfielders or ruthless strikers.

Having scrolled through the annals of Reds history, we’ve chosen an all-time XI from players to have come from England and Scotland – do you agree? Unquestionably Liverpool’s greatest and most successful goalkeeper, Ray Clemence enjoyed 14 wonderful years at Anfield between 1967 and 1981.

Winner of five First Division titles and three European Cups – what Jurgen Klopp could do with having a peak Clemence between the sticks currently.

The most decorated Reds player in history, Phil Neal was a model of consistency during 650 trophy-laden appearances at Anfield. Having matured from a utility man into one of Europe’s finest centre-backs, Jamie Carragher got the absolute most out his ability.

A born winner who would get the very best out of his teammates, Carragher’s performances in the 2004/05 Champions League-winning campaign were astonishing at times. Only Ian Callaghan has played more times for Liverpool. If Carragher was a limited but gritty defender, Alan Hansen was at the other end of the spectrum.

The legendary Scot oozed class with his quality on the ball and unruffled style, and he is widely accepted as the best centre-back ever to play for Liverpool.

One of the most influential Reds players of the 1980s, Steve Nicol could thrive in either a full-back position or a midfield role.

His diet off the pitch may have been questionable, but it didn’t affect his consistently brilliant displays during 12 years on Merseyside. He would be sensational in Klopp’s current side.

Granted, Billy Liddell often played up front or in a more left-sided role, but such was his unique talent, he would be sublime on the right, too.

Liddell was so influential during his prime that Liverpool became known as “Liddellpool”, and he is deservedly thought of as one of the top five Reds of all time. In 534 appearance he scored 228 times – not too shabby. A true colossus of a midfielder who would be a superstar in the modern game, Graeme Souness was a complete footballer with unrivalled leadership skills.

Three European Cups came Souness’ way, along with endless other trophies, and there were few better players in Europe during the late 1970s and early 1980s. Had his spell as Liverpool manager not been so poor, he would be idolised much more.

In the eyes of many, Steven Gerrard is Liverpool’s greatest ever player, and it is hard to put into words how special he was as a player.

During a stunning 17-year career at Anfield, he rescued the Reds an embarrassing number of times, and almost single-handedly won the 2005 Champions League and 2006 FA Cup for his side. For a short time in 2009, he was the best player in the world. The 30th anniversary of John Barnes’ arrival at Liverpool has just been celebrated, and he remains one of the best and most talented footballers to have donned a Reds jersey.

Blessed with genius in his boots, Barnes had the ability to tear opponents to threads all on his own, with his devastating blend of quick feet, blistering pace and end product making him truly unplayable. Along with Gerrard, Kenny Dalglish is the greatest ever player to ply his trade at Anfield, with very few individuals more crucial in Reds history.

“King Kenny” was a masterful player who wreaked havoc behind the striker, and whether it be his European Cup-clinching goal in 1978 or title-winning strike at Chelsea eight years later, very few knew how to deliver at key times like him. A genuine Anfield icon. Roger Hunt, Ian St John, Kevin Keegan and Michael Owen are worthy of a mention, but Robbie Fowler was a player blessed with unreal finishing ability, and someone who felt like your best mate was on the pitch week in, week out.

Let us know your all-time England-Scotland Liverpool XI in the comments section.