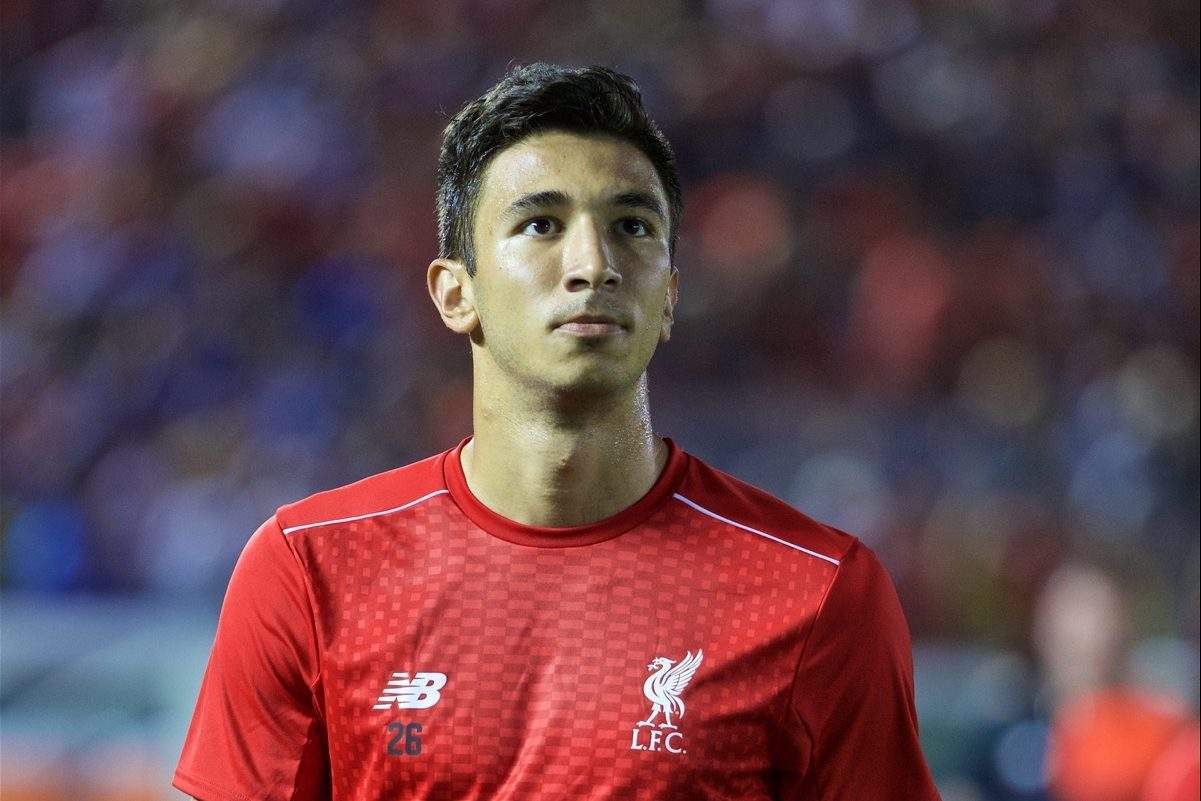 Marko Grujic was left to rue two big misses as Serbia lost 2-0 to Portugal in their opening clash in the European U21 Championship on Saturday.

The 21-year-old Liverpool midfielder started in the middle of the park for Nenad Lalatovic’s side, having established himself as a key player.

Taking on a Portugal side that included Porto star Ruben Neves, the young Serbs faced a difficult challenge as they kicked off Group B in Bydgoszcz.

Grujic took up a roaming role in midfield, with Lalatovic looking to utilise his mobility and imposing physicality to dominate.

He received a yellow card after just four minutes, though, for a dodgy challenge on Paris Saint-Germain winger Goncalo Guedes, forcing him to tread lightly throughout.

However, Grujic almost immediately made a mark in the Portugal box, but was denied a clear goal by an inch-perfect sliding challenge from Joao Cancelo on the edge of the six-yard box.

Despite Serbia dominating for much of the first half, it was Portugal who grabbed the opener, with Guedes heading past a sprawling Vanja Milinkovic-Savic on 37 minutes.

The first half petered out with Portugal taking the advantage, with Grujic’s opening 45 minutes littered with moments of quality but hampered by his early caution, forcing him to drop deeper. Grujic began the second half in similar vein to the first, arrowing a close-range header wide of the far post with Serbia still trailing.

The No. 16 held his head in his hands as the ball sailed out for a goal kick, and while he continued to probe in the final third, Lalatovic clearly noticed his drop in confidence—as well as a potential knock.

With just over 20 minutes left to play at the Bydgoszcz Stadium, Lalatovic opted to withdraw Grujic, replacing the Liverpool man with AS Roma counterpart Nemanja Radonjic.

Portugal went on to add a bitter second late on, as Bayern Munich’s Renato Sanches laid on a fantastic pass for Bruno Fernandes to dink home and seal the victory.

For Grujic in particular, this will have been a disappointing start to the tournament, despite Serbia spending the majority of the evening in control.

With clashes against Macedonia (June 20) and Spain (June 23) to come as they seek to advance beyond Group B, Lalatovic’s side will require more of a cutting edge in the final.

Grujic can provide that, as while he snatched at his chances on Saturday, he showcased the quality and intelligence to suggest he can make the difference in the attacking third.