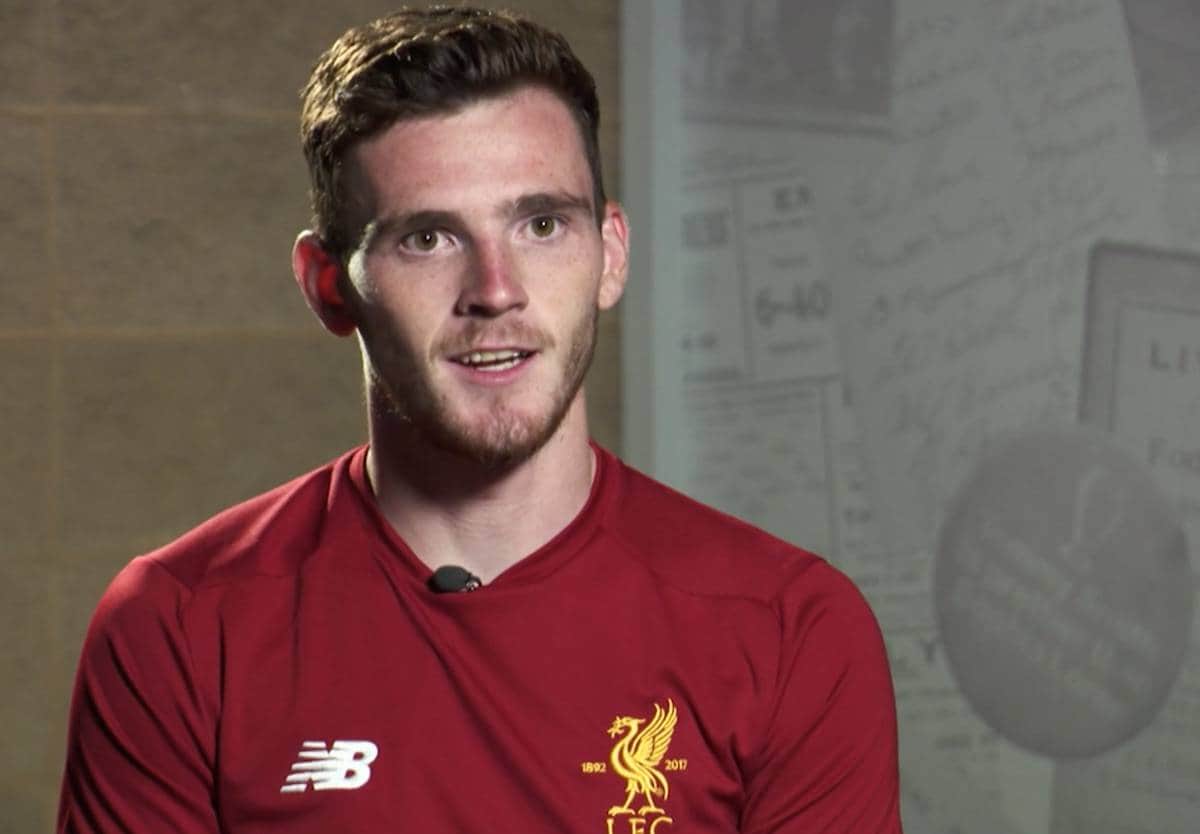 Jurgen Klopp turned his focus to Robertson following a failure to land Fulham teenager Ryan Sessegnon, who opted to sign a new deal with the Cottagers.

The Scottish international will wear the number 26 shirt at Anfield, with the number 3 shirt still currently occupied by Mamadou Sakho. Speaking shortly after completing his move, the 23-year-old told Liverpoolfc.com: “It feels a wee bit surreal just now. Obviously I’m delighted. There’s been a lot of speculation over the last couple of weeks but I’m glad that the deal’s finally been done and I’m a Liverpool player.

“My family are proud of what I’ve achieved so far and they’re all over the moon with the move, as well as me of course. We’re all just looking forward to being part of the Liverpool family now.

“There’s not many, if any, more special clubs than Liverpool. When you grow up as a kid you dream of playing with big clubs such as Liverpool and to make that a reality is a dream come true for me.

“I just want to prove to people that I can do it at this level, and hopefully I manage to do that this season and go on to do good things for this club.”