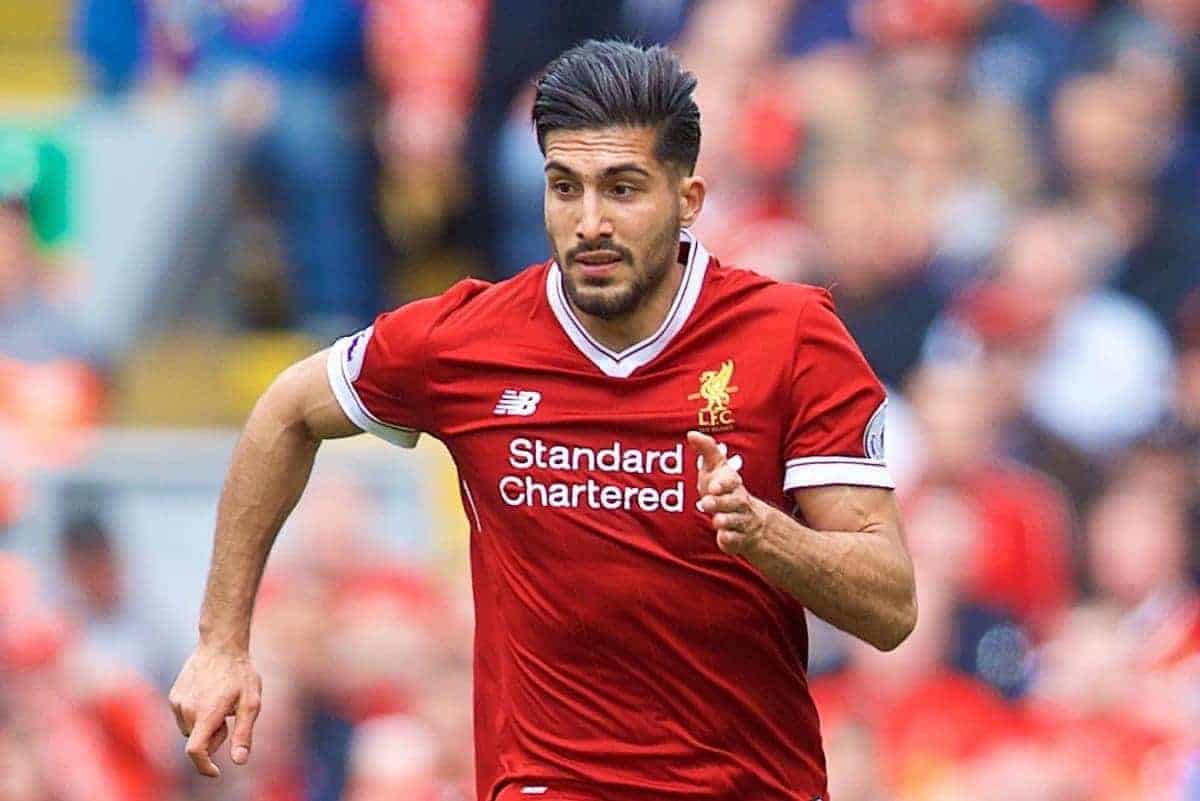 Emre Can admits last season was a struggle at times, but believes a better campaign awaits, both for him and Liverpool.

Can experienced an up-and-down 2016/17 season, with his form around the turn of the year arguably his poorest in a Reds shirt to date.

There were even some calls for the 23-year-old to be sold this summer, but a string of sterling performances in the spring put paid to that.

Can will hopefully sign a new deal at Anfield this summer, with his current contract expiring next year, and he is confident that he will improve this season.

“Last season we did quite well but we could do better, so we will try to do it better this year and push on.

“Myself, I want to push on as well and I want to have good confidence and play a good season.

“Last season was not my best season, to be honest. It was difficult for me at the beginning with a few calf problems and everything, but at the end of the season I felt very good, I think I played OK and I want to push on and go in with that feeling at the start of the season.” Can also spoke about his success with Germany in this summer’s Confederations Cup, saying his country’s triumph in Russia will stand him in good stead moving forward.

“It was a very proud moment and it was my first international trophy,” he added.

“I think we did very well as a team there and nobody expected we would win that cup. We played with such a young team and we were very happy.

“It’s always nice to play for your country and I played against top players, top countries. Everybody enjoyed it and I learned a lot and got a lot of experience.

“If you win a trophy you get confidence. I got confidence and now I want to go into the season with confidence.”

Can has looked in good form since returning to pre-season, and he should be a key player in what is set to be a relentless 2017/18 campaign for Liverpool.

He is maturing all the time as a player, and his battle with Jordan Henderson to be the regular defensive midfielder can only be healthy, in terms of competition and squad depth.