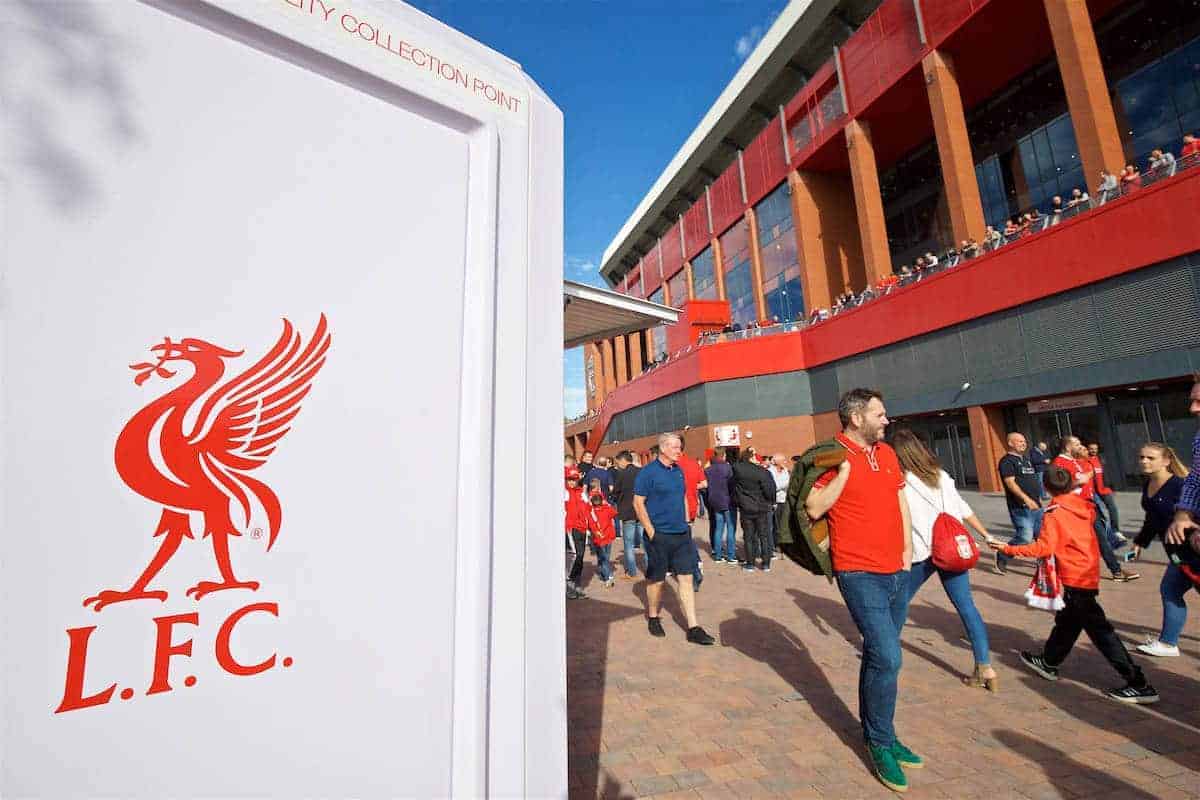 Liverpool have announced new plans for general sale tickets this season, in a bid to allow more young and local fans into Anfield.

Much has been made of a lack of opportunities for young supporters, in particular, with ticket prices often way out of reach.

Many have argued that it has affected the atmosphere inside Anfield, with too many corporate seats and even some non-Liverpool fans attending for the sheer experience of it.

Progress was made in that respect last season, with the club allowing 10,000 tickets to local fans at a price of just £9, and more positive news has now been announced.

A statement released on the club’s official website on Friday read:

The club has reviewed the sales of these tickets from last season and is aware that a large number of the £9 tickets were sold to non-local supporters, which breaches the ticket sales policy.

To support our ongoing commitment to ensure that match tickets are being used correctly and provide the opportunity for more local fans to experience Anfield on a matchday, LFC will be introducing the following changes for Premier League home games for the 2017-18 season.

>Supporters living in an ‘L’ postcode will be able to purchase tickets in the local general sale online approximately one week before each game.
>Supporters will be required to collect their tickets from the ticket office at Anfield. Photographic ID and proof of ‘L’ postcode residential address will be required on collection. Tickets will be available to collect three working days prior to the game.
>Refunds will not be provided for any uncollected tickets and the supporter account will be suspended.

In order to be eligible for these tickets, supporters must be registered on Liverpool’s ticketing database.

This is another refreshing decision to be made by the club, with young and local fans often feeling left out in an increasingly corporate-driven game.

For the club to keep its identity, it is essential these supporters are allowed to cheer on the Reds as much as possible, and it will only benefit the team moving forward.