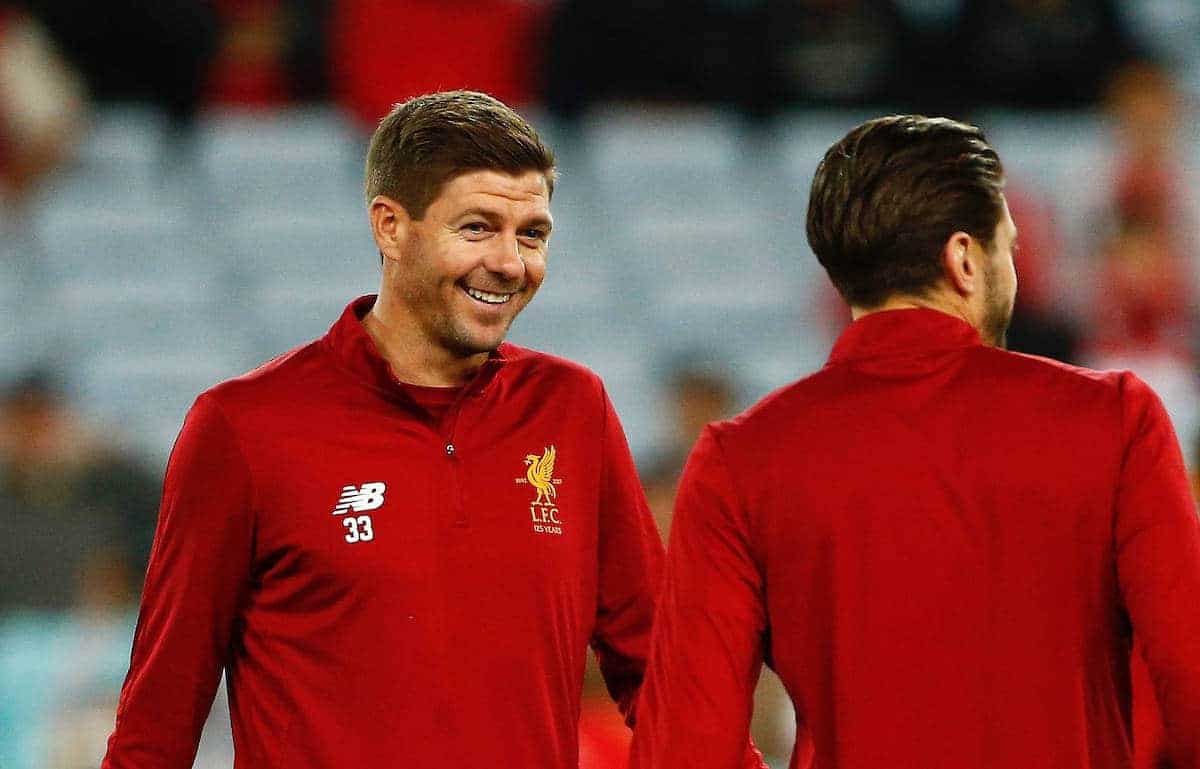 Liverpool U18s manager Steven Gerrard has warned the Reds’ young hopefuls that stepping up to train at Melwood is no guarantee of a future.

The route from academy to first team is typically preceded by a spell training among the senior squad at Melwood, moving up from the club’s youth base at Kirkby.

The likes of Kamil Grabara, Trent Alexander-Arnold, Ovie Ejaria and Ben Woodburn have done so over the past 12 months, with Jurgen Klopp showing a clear faith in young talent.

However, Pedro Chirivella and Harry Wilson are among those to have followed the same trajectory, and while they have continued to train with Klopp’s squad, they are no closer to a breakthrough.

Tasked with preparing the next generation for their development to senior level, Gerrard is wary of his players getting ahead of themselves.

“[Klopp] will only give the opportunity to people who are ready and people who he sees and watches and who he likes,” he told LiverpoolFC.com.

“There’s been people who have been down to Melwood who don’t go down very much or they haven’t been seen since.

“Jurgen is prepared to give people chances who are ready on a football side but who he also likes and who have given him a good impression, if you like.” However, with Gerrard now in the dugout at U18 level, he believes he can help instil in his youngsters the mindset required to establish themselves in the first team.

Speaking in April, the 37-year-old said “you have to be obsessed” to succeed, and he once again drew upon his experience as he outlined the long-term objective.

“I’ve lived a lot of my dreams at this football club and I know what it means to get into that first team and stay there, and also experience success and have that longevity,” he added.

“I would love nothing better than to see a lot more people at the academy go on and follow suit.

“There’s a lot of other footballers who have experienced that as well so they will get a chance here under this manager.

“It’s been proven if they are good enough and if they are prepared to keep on improving and work hard, go the extra mile, then Jurgen will put them in. The evidence is there.”

It is clear that mentality is as important as quality on the pitch for both Klopp and Gerrard, and this serves as a clear message to those hoping to break through on their move up to Melwood.