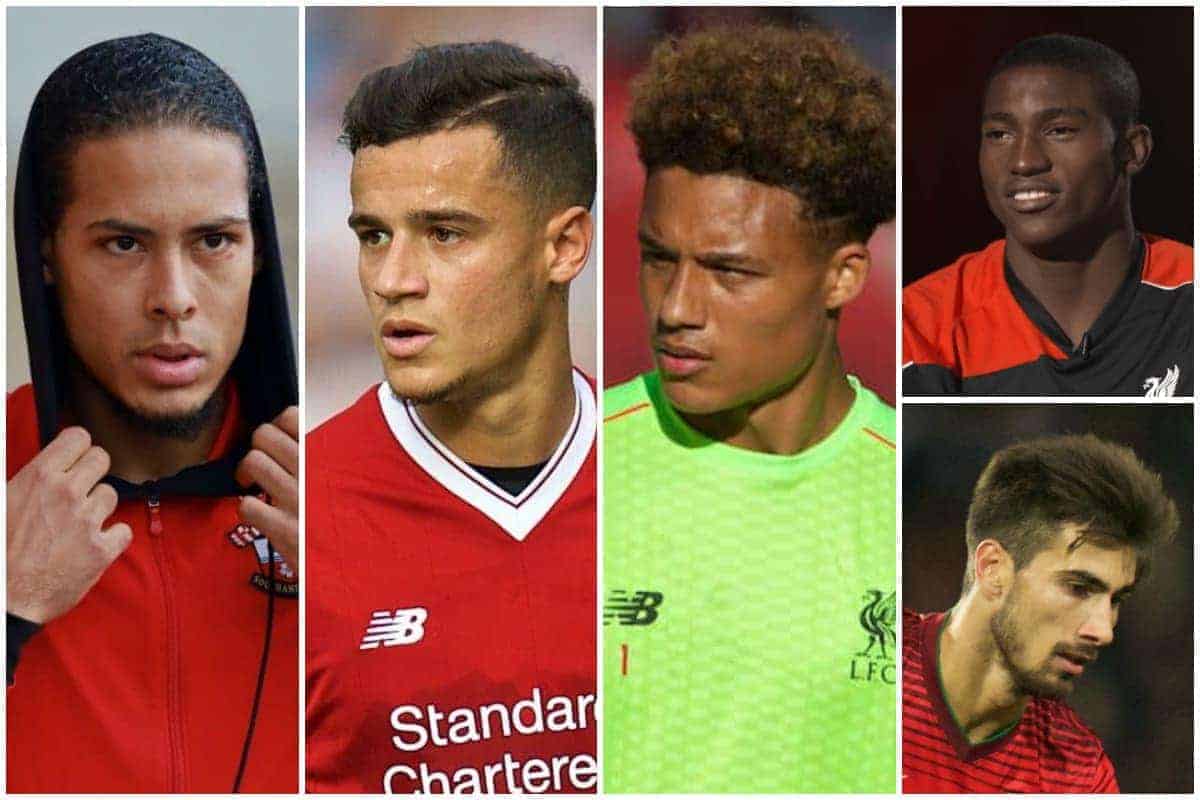 We round up Tuesday’s transfer stories affecting Liverpool, as August begins and several rumours continue to refuse to go away.

The Reds have a busy week of pre-season action, with two matches in as many days on Tuesday and Wednesday, against Bayern Munich and Atletico Madrid or Napoli.

While you could be forgiven for expecting most of the current talk to be surrounding on-pitch matters, that is not the case at all.

On Monday, our transfer roundup stated that this week would be key in Liverpool’s quest for Virgil van Dijk, with the Dutchman set for showdown talks with Southampton manager Mauricio Pellegrino.

The latest news bodes well for the Reds, with a Saints supporter taking to an online messageboard to say the 26-year-old did not turn up for training on Tuesday.

While this may sound as tenuous as links come, this particular fan, ‘Tom28’, has been correctly calling things of late.

Perhaps we’re getting a little over-excited, and Van Dijk actually played a full part in training, but we’re allowed to dream! As the Philippe Coutinho saga continues to rumble on, flimsy links in Spain have suggested the Reds could sign one of two Barcelona players as part of the deal.

It was reported that either Rafinha or Andre Gomes will be offered to the Reds as part of a deal for Coutinho, but the Liverpool Echo‘s James Pearce has laughed off these claims.

Pearce states that, “Senior Anfield officials are adamant that there simply isn’t a deal to be done for Coutinho this summer”, which should fill us with confidence.

Rafinha and Gomes are not seen as key men at Camp Nou, but neither are what Jurgen Klopp is looking for this summer, even if the rumour was true.

Certain reports have also stated that Lionel Messi has told friends Coutinho is joining Barcelona – could the greatest player of all time be telling a lie, perhaps?

Awoniyi and George sent out on loan

A pair of promising Liverpool youngsters were both sent out on loan on Tuesday, in order to continue their development away from Anfield.

Nigerian youth international Taiwo Awoniyi will ply his trade at Belgian club Mouscron in 2017/18, having yet to make an appearance for the Reds’ first-team.

It is the third time Awoniyi has been loaned out, with the 19-year-old forward previously playing for NEC Nijmegen and FSV Frankfurt.

Meanwhile, Shamal George has signed a new long-term deal with Liverpool, but will spend the first-half of the 2017/18 season at Carlisle United.

The goalkeeper, also 19, should benefit from regular football at the League Two club, and said of his move:

“Hopefully I can push on and this loan can do quite a lot for me. Game time is important for me because last year I didn’t play much. Game time is the main focus.”