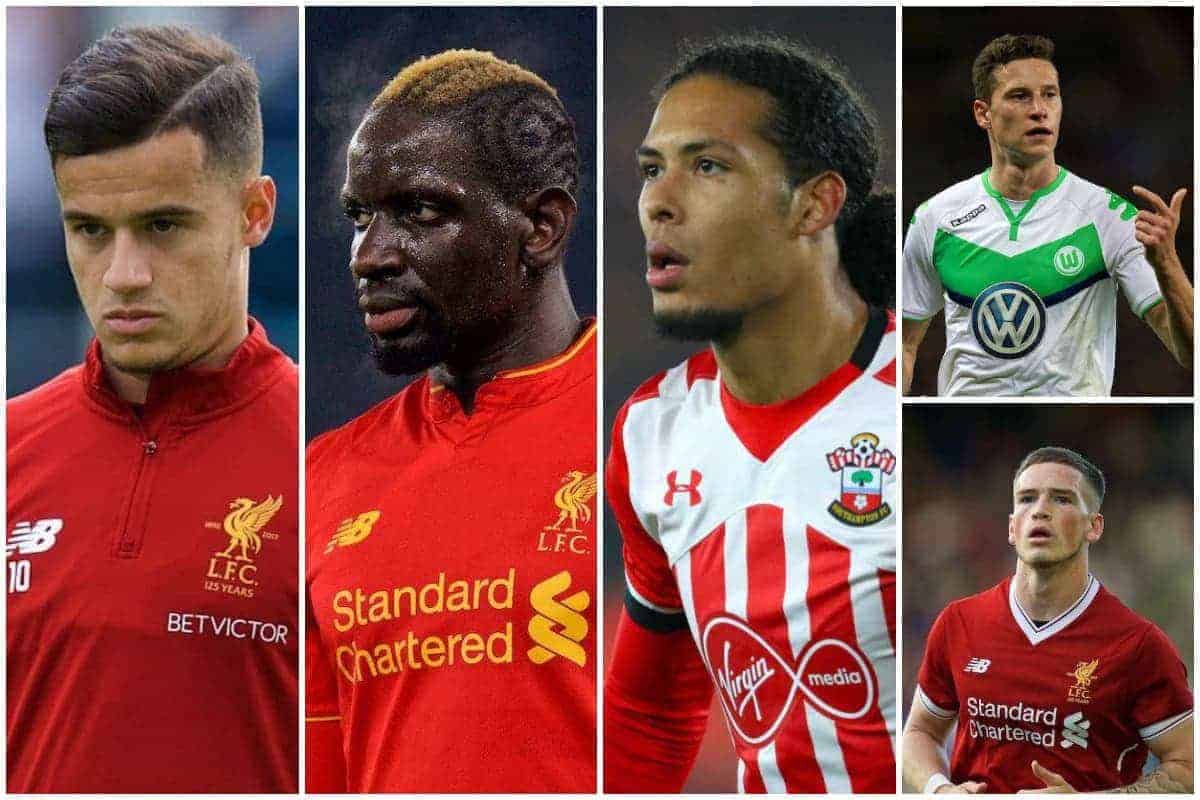 We round up the latest transfer news and rumours as Liverpool prepare to take on Hoffenheim in one of their biggest games in recent years.

The Reds welcome their Bundesliga counterparts to Anfield on Wednesday night for the second leg of their crucial Champions League play-off.

After a 2-1 win in Sinsheim last Tuesday, Jurgen Klopp‘s side can head into their season-defining matchup with confidence, despite concerns over their overall squad strength.

Qualifying for Europe’s elite could kick further transfer activity into gear, and here’s the latest from the rumour mill.

Southampton are closing in on a new centre-back signing, reviving hopes of Liverpool securing a deal to bring Virgil van Dijk to Anfield this summer.

And while Sky Sports claim that Hoedt’s arrival is not expected to affect Van Dijk’s future, this has not quelled speculation.

According to the Liverpool Echo‘s James Pearce, the Reds “are ready to pounce if Southampton’s stance changes,” and “are prepared to shatter their transfer record” to sign Van Dijk.

Pearce also reports that “Klopp is highly unlikely to sign an alternative” if a deal fails to materialise.

Barcelona ‘Give Up On’ Coutinho Pursuit

After their third failed bid for Liverpool midfielder Philippe Coutinho, Barcelona were reported to set a take-it-or-leave-it deadline for Sunday evening.

With the Reds ignoring their ultimatum, the Spanish giants are said to have turned their attention elsewhere.

Liga expert Guillem Balague and Catalan radio station RAC1 both claim that Barcelona have given up on signing the 25-year-old after seeing their £114.2 million offer turned down.

They are believed to have instead set their sights on deals for Borussia Dortmund’s Ousmane Dembele, OGC Nice’s Jean Michael Seri and Paris Saint-Germain’s Angel di Maria.

If this is the case, and Coutinho does stay at Anfield this season, it will be interesting to see whether Klopp is willing to reintegrate the Brazilian.

With 10 days left to go before the end of the transfer window, there seems to be little progress in deals for a host of Liverpool’s out-of-favour talents.

Most notably, Mamadou Sakho looks no closer to sealing a move away from Merseyside despite Klopp remaining adamant he has no future with the club.

West Brom and Crystal Palace are the Frenchman’s two most likely destinations, but Liverpool’s £30 million valuation is proving a major obstacle.

“Everybody knows he had a major impact last season and, when he’s available for us, I think that is a quality injection for the club,” Palace manager Frank de Boer has explained.

“[But] it is not like this now because he is much too expensive for the club.”

Liverpool Have ‘No Interest’ in Draxler

While Coutinho’s future remains up in the air, it seems that Klopp is content with his current attacking options with or without the No. 10.

According to Pearce, the Reds have no interest in signing PSG’s out-of-favour forward Julian Draxler despite previously pushing for a move for the German.

“Draxler turned down the Reds when he left Wolfsburg and signed for PSG instead in January,” he writes.

“Liverpool have no intention of going back in for him as that isn’t an area of the squad Klopp is looking to strengthen.”

This comes after the Times‘ Paul Joyce suggested Dominic Solanke‘s impressive start to life as the Reds’ No. 29 has provided Klopp with another solution.

Did Kent Hint at Bundesliga Loan?

After signing a new five-year deal with the club earlier in August, Liverpool winger Ryan Kent may be set for a loan move to the Bundesliga.

That is if a now-deleted tweet from the 20-year-old is anything to go by, with Kent taking to Twitter on Sunday to say: “Ich kann nicht warten.”

This roughly translates to “I cannot wait,” suggesting a temporary move to Germany is close.

Hannover 96 were previously reported to be interested in loaning Kent, while This is Anfield’s Chris Williams claims SC Freiburg and VfB Stuttgart have also contacted Liverpool.

Reds ‘Weighing Up’ Move For Schuurs

Steven Gerrard has already welcomed a host of new names to his Liverpool U18s squad this season, with one of those, midfielder Edvard Tagseth, scoring in Saturday’s 3-2 win over Blackburn Rovers at Kirkby.

The Reds legend could be able to call upon another promising youngster in Dutch centre-back Perr Schuurs, according to the Mail‘s Danny Gallagher.

Schuurs spent time on trial with Liverpool in May, and the club are now said to be “weighing up” a permanent move for the 17-year-old, who currently plies his trade for Fortuna Sittard.

However, Bayern Munich are also said to be interested, while Ajax, Tottenham and RB Leipzig have also been mooted as possible destinations.