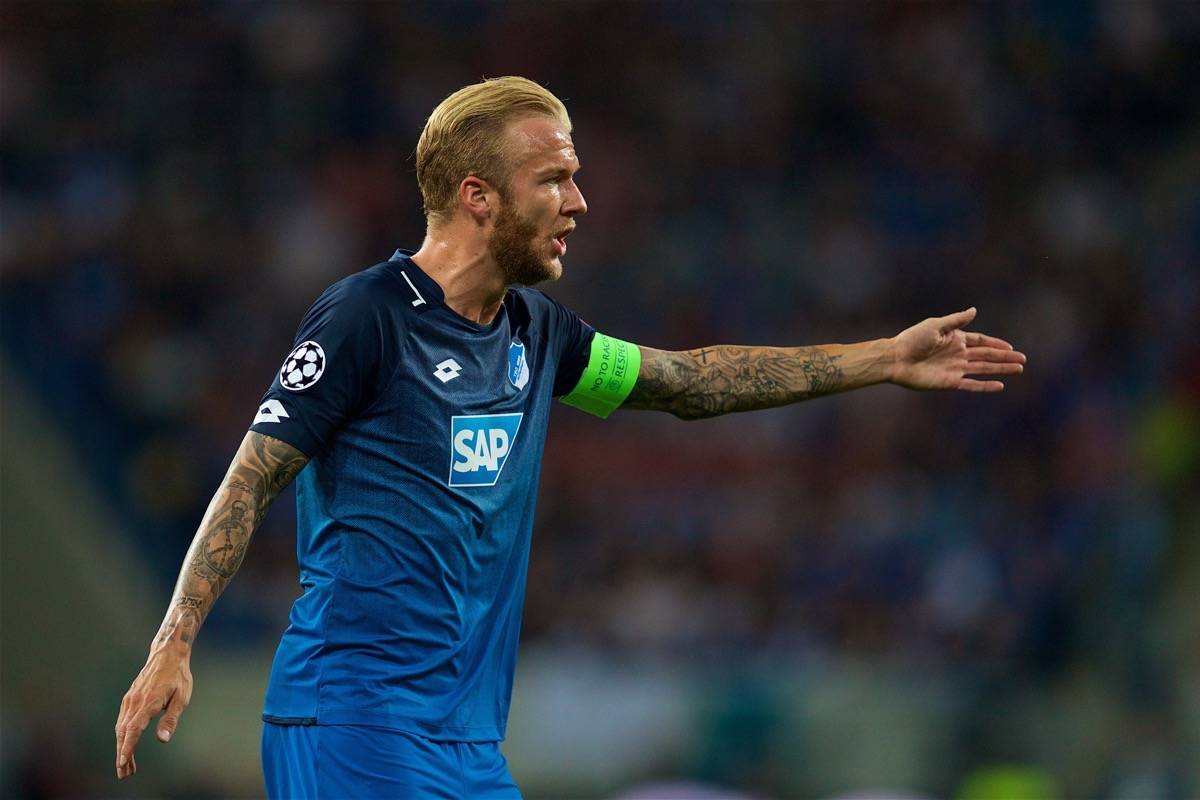 Hoffenheim pair Kevin Vogt and Kerem Demirbay have both spoken with confidence about their side’s chances at Liverpool on Wednesday night.

The Reds take on their Bundesliga opposition on Merseyside in the second leg of their crucial Champions League play-off clash.

Having scored twice away from home to seal a 2-1 victory at the Rhein-Neckar-Arena in last week’s first leg, Jurgen Klopp‘s side will head out as comfortable favourites.

But for Demirbay, who will be one of Julian Nagelsmann’s key men at Anfield, Hoffenheim have the freedom to “survive,” and progress to the group stage of Europe’s elite.

“We definitely play the better football. We’ll see in the end whether it will be enough,” the midfielder told German publication Bild.

“You have to say honestly that this is a good team. But we’re a good team, too.

“We’re not Liverpool but we can go there with our chests out and play completely freely.

“We’re good enough to survive there and score at least two goals.”

And Vogt, speaking to the Bundesliga’s official website, echoed the belief that Hoffenheim can score twice away from home.

“We put in good performances against Bremen [on Saturday] and against Liverpool in the first leg. I have absolutely no doubt that we can score two goals at Anfield,” he said.

“We’ll throw ourselves into the game and absolutely give it our all, because we still have a chance to reach the group stage.”

Given the Reds have already travelled to Sinsheim and come away as victors, Klopp’s side should have the advantage in front of the Kop on Wednesday.

If Hoffenheim won 1-0 on the night, for example, Liverpool would still advance by virtue of away goals.

But Demirbay believes that the atmosphere inside Anfield on a big European night can provide Hoffenheim with a boost too, as they bid to make it to the Champions League for the first time ever.

“It can give us a push because there’s no atmosphere like there is at Anfield,” he continued.

“I’m definitely not intimidated. On the contrary, I find it amazing when there’s such a feeling in a stadium. It’s absolutely inspiring.

“We want to win the game but it’s an extra attraction to write our own success story. It’s a great time to write history.”

Following Saturday’s 1-0 win at home to Crystal Palace, the Reds are in good shape as they prepare to welcome Nagelsmann and his squad to Merseyside.

But they cannot afford to be complacent, as they will take on a Hoffenheim side desperate to seal the win.