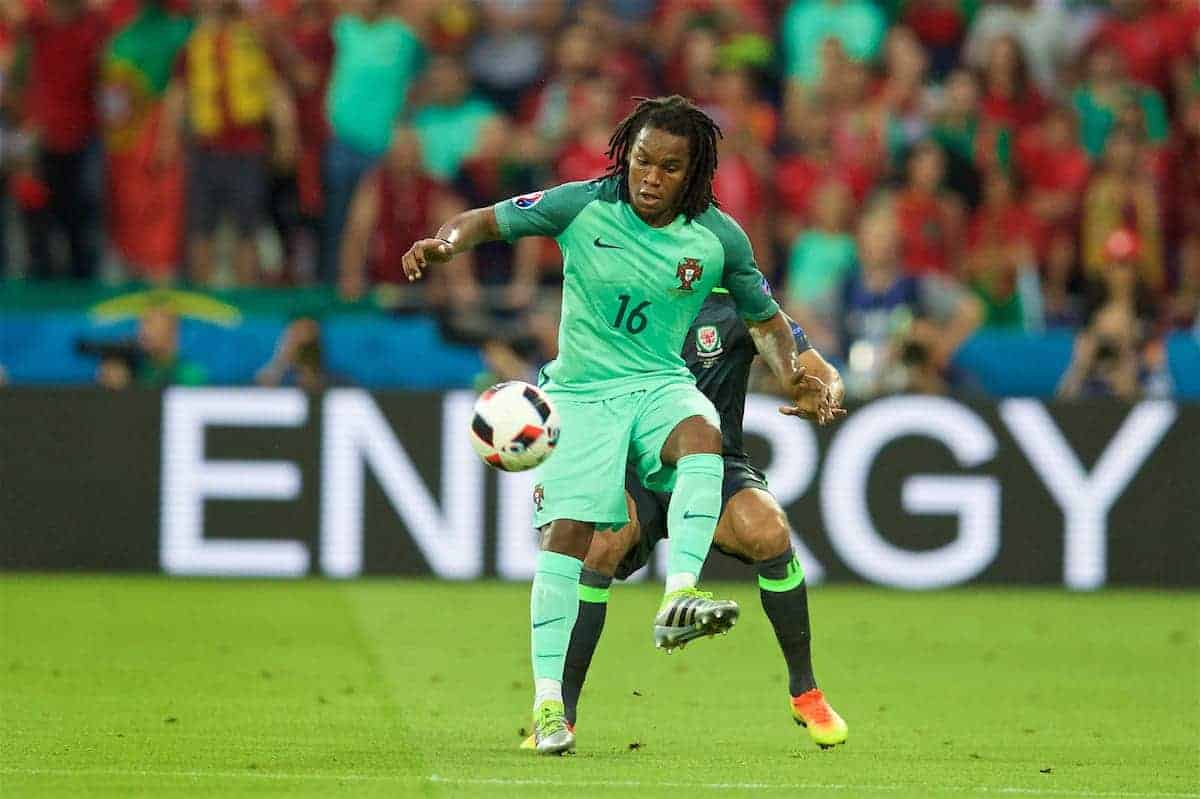 Bayern Munich’s out-of-favour midfielder is available this summer and reports in Germany suggest Jurgen Klopp is happy to add him to the squad.

Liverpool are still likely to bring in a new face or two before the transfer window shuts and midfield looks an area which is particularly light at present.

It would be no surprise, with Philippe Coutinho‘s future still delicately balanced and Adam Lallana out until at least October, if an addition was made in that area of the park—and Renato Sanches is the latest name in the frame.

Kicker report that Klopp is happy to make the one-year move for the Portuguese international, who was heavily linked with Manchester United before joining Bayern from Benfica last season.

The move hasn’t worked out too well as yet for the 20-year-old, who was particularly poor against the Reds in the Audi Cup this pre-season, but his performances in his homeland and on the international stage in Euro 2016 were extremely impressive. At his best he’s an agile, athletic powerhouse in the centre of the park, able to surge forward into space to help break the lines and exploit spaces—it’s not hard to see why Klopp would look favourably on that trait.

After transitions, speed of taking the game to opponents is key in this Liverpool team and another midfield presence who can do that with regularity would be most welcome.

Long-term, it’s not ideal to be signing players who aren’t necessarily in it for the long haul, but Sanches has plenty to prove and will be aiming to win regular game time and regain a spot in the Portugal squad ahead of the World Cup, regardless of where he plays.

It could be a no-lose situation for the Reds if any interest is firmed up, but it’s also probable that Sanches will have a few teams to pick from if Bayern are adamant he should go out on loan in the next week.