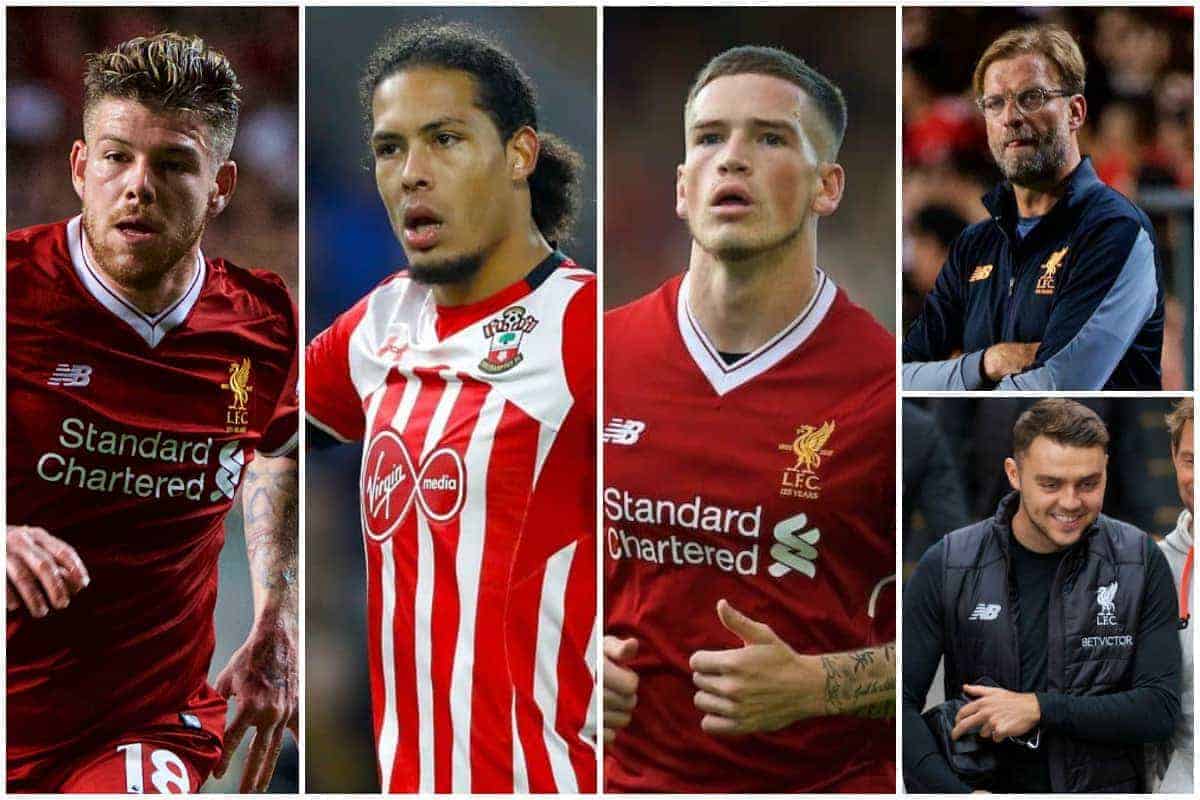 We continue to round up the latest Liverpool transfer news and rumours on Friday, including a possible departure for left-back Alberto Moreno.

The Reds are set to round off their pre-season campaign against Liga side Athletic Bilbao at Dublin’s Aviva Stadium on Saturday evening, after a productive summer’s preparation.

They will then take on Watford at Vicarage Road to kick off the 2017/18 season, before their first of two play-off clashes with Hoffenheim as they bid to seal their place in the Champions League.

Jurgen Klopp‘s side will have played five competitive games before the end of the transfer window, and there is still plenty of business to do off the field ahead of the deadline on August 31. While the Reds are set to travel to Hertfordshire on August 12, one of their number may already be settling in with the Hornets.

According to the Liverpool Echo, Watford are one of two Premier League sides to make enquiries over a possible deal to sign Alberto Moreno.

The Spaniard produced an excellent performance in Tuesday night’s Audi Cup win over Bayern Munich, but that is unlikely to salvage his career on Merseyside.

However, the Echo report that “it is unknown whether a deal would be concluded by [next weekend], or if the Hornets can afford to pay the club’s asking price.”

Liverpool are looking for around £15 million for the 25-year-old, and have already rejected an £11 million bid from Napoli.

But the Times claim that the Reds are not the only side looking to sign the Dutchman, with Chelsea preparing a big-money approach this month.

Antonio Conte is said to have “persuaded the club to make a firm bid,” though this is expected to be just £50 million.

Southampton are previously reported to value Van Dijk at over £60 million, which would break the transfer record for a defender, set earlier this summer on Benjamin Mendy’s move to Man City.

If the Saints are willing to negotiate with Chelsea, however, it could open the door for Liverpool to make their own move.

With Liverpool’s move to sign RB Leipzig midfielder Naby Keita breaking down, reports from France claim that Klopp has identified an alternative.

Le Telegramme named Rennes’ Benjamin Andre as the Reds’ next target, even suggesting they would bid £15 million for the 27-year-old.

Andre made 121 successful tackles in Ligue 1 last season, the fourth most of any player in the French top flight, and would certainly add further steel to Klopp’s midfield ranks.

But the Liverpool Echo have quashed speculation over Liverpool’s interest in Andre, with the Reds not expected to move for another midfielder.

Their Keita-or-nothing stance is certainly admirable, with Klopp sticking to his guns.

Hannover 96 in Discussions Over Mystery Loan They are unlikely to be the last to depart on a temporary basis, with a host of other youngsters expected to leave before the end of the transfer window.

According to German outlet SportBuzzer, one Liverpool player could be on their way to join Hannover 96, with the Bundesliga side in talks with Reds representative Julian Ward.

The identity of this player is unclear, but SportBuzzer rule out Divock Origi, Lazar Markovic and Sheyi Ojo.

Beyond that trio, the obvious choice would be Ryan Kent, who is attracting widespread interest from Championship clubs, but Joe Gomez could also be an option. Ryan Kent may soon be ruled out of the running, of course, with the 20-year-old believed to be considering his next move after a raft of loan offers.

Hull City and Leeds United were both reported to have had bids accepted for the winger, but according to the Birmingham Mail, they may have been pipped to the post.

They claim that Aston Villa are the most likely club to sign Kent this summer, following the arrival of Tottenham‘s Josh Onomah on a season-long loan on Friday.

Whether Klopp should sanction Kent’s departure is questionable, however, with the Englishman making a promising impact in pre-season.

Finally, one Liverpool loanee has revealed he is set for a surprise positional switch at his new club.

Connor Randall, who spent much of his recent years on Merseyside operating at right-back or left-back, has explained how he is in line for a midfield role at Hearts.

“It really excites me to play in midfield. I like playing in there and I think I can offer the team good things in there,” he told the Edinburgh Evening News.

“I can sit in midfield or play one in front. I’ve got a lot of energy. I get up and down the pitch and I’m very energetic.

“I like to press players and be aggressive. Speaking to the coaching staff here, that’s what they want.”