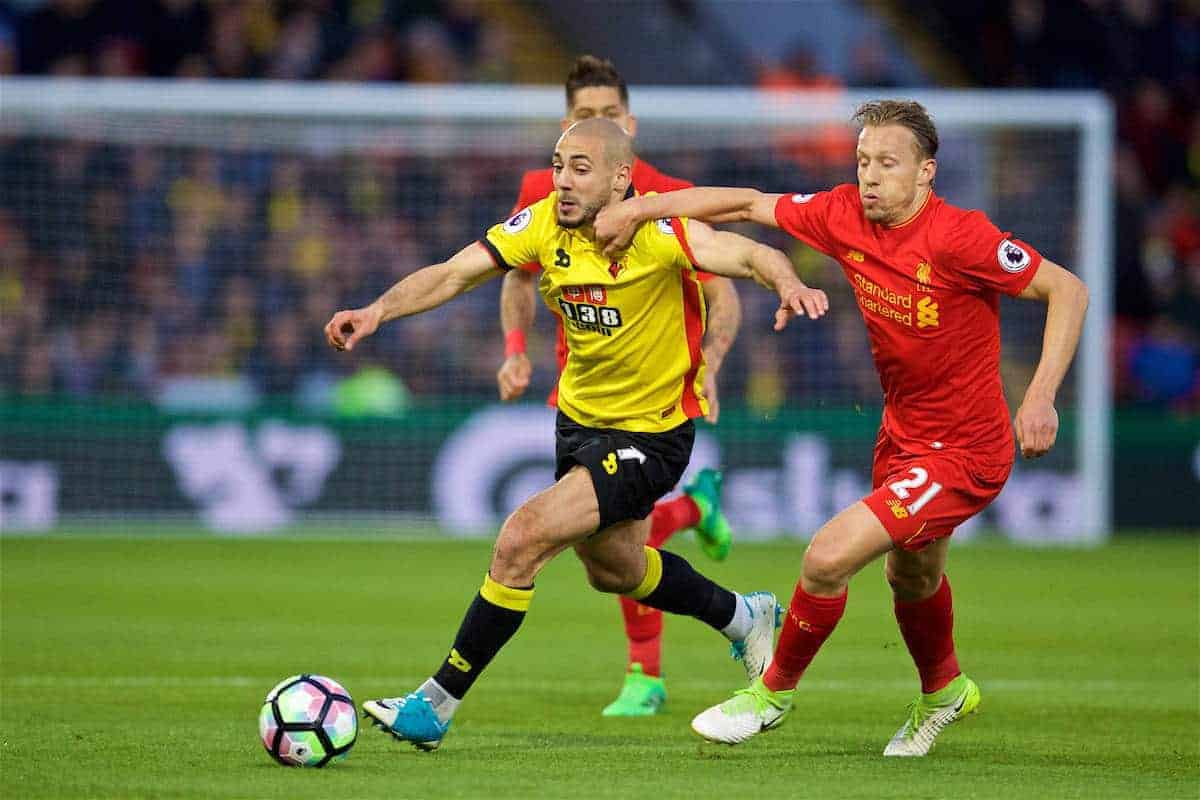 Watford look likely to be among the Premier League relegation suspects this season, but Marco Silva is an exciting appointment for anyone of a Hornets persuasion.

Watford disposed of Walter Mazzarri and brought in Silva this summer, in the hope that the Portuguese can guide the Hornets well clear of safety.

Although the 40-year-old took Hull City down in 2016/17, it was clear that he is a talented manager with a bright future.

He has acquired some interesting players in the transfer window, with Will Hughes and Nathaniel Chalobah particularly encouraging buys, as Silva looks to promote young English talent.

It is difficult to see Watford being in anything other than a relegation scrap, however, and whether or not they beat the drop will come down to fine margins. We spoke to Watford supporter Mike Parkin to get the lowdown on the Hornets, and see how well he expects Liverpool to perform in 2017/18.

I think I’m suffering something of a hangover from last season, which saw Walter Mazzarri preside over an energy-sapping, lacklustre and uninspiring campaign, ending with five straight defeats.

Since then, the dour Italian has been replaced by the ebullient Marco Silva, and a handful of decent-looking signings have arrived at Vicarage Road. There is a definite feeling that the squad remains a work in progress, though.

After a retrograde season last time around, Watford need to gain some momentum. The first step is to secure safety, but the Hornets’ will hope that it is done with more style and more to spare than last time out.

The football served up during 2016/17 was turgid at best, and while Watford supporters are sensible enough to accept that there should be a limit to their aesthetic expectations, an improvement in entertainment levels isn’t an unrealistic hope.

Getting closer to the middle of the table and a half-decent cup run would do nicely for me.

There has been a slight shift in transfer policy during the off-season, with young, British talent brought in in the shape of Will Hughes and Nathaniel Chalobah.

This has been a welcome change in direction, and more in-keeping with Pozzo family’s recognised way of doing business – buy young, nurture and sell for a profit.

Our new transfer record has also been broken with the signing of Andre Gray.

Away fans’ pubs: Oddfellows or Moon Under The Water.

One piece of advice for visiting fan: On a practical level, beware of parking in the local residential streets. There are strict parking regulations and they are enforced by a predatory gang of eagle-eyed traffic wardens.

If you are looking for a pre-match beer, don’t be tempted to head into the ground – there is no alcohol served in the away end. No parking and no booze – I bet you’re looking forward to it already!

From a neutral point of view it’s tough to judge whether Liverpool supporters are satisfied with Jurgen Klopp or undecided with him.

There certainly seems to be an element of discomfort, with continued speculation on the future of key man Philippe Coutinho adding to the uncertainty.

That said, Liverpool have impressed in pre-season, with Sadio Mane looking to be in frightening form. The other top-six sides have strengthened their squads, barring Tottenham, so it is going to be a fascinating tussle at the top.

I’m afraid I wouldn’t want to put too much of my own money on Liverpool cracking the top four, but if they can settle their various transfer issues swiftly, the Reds will be in with a chance.

I will be watching with interest to see which Liverpool turns up.

Who is the Reds’ key player?

At the risk of stating the obvious, Coutinho is a vital cog in the Liverpool machine and losing him would be a major blow. He’s one of the best players in the Premier League and keeping him, at this stage, would seem to be something of a coup.

I’m also going to surprise absolutely no-one by saying Mane is a heck of a player. On the evidence of pre-season, he is going to give plenty of Premier League defences a torrid time this season.