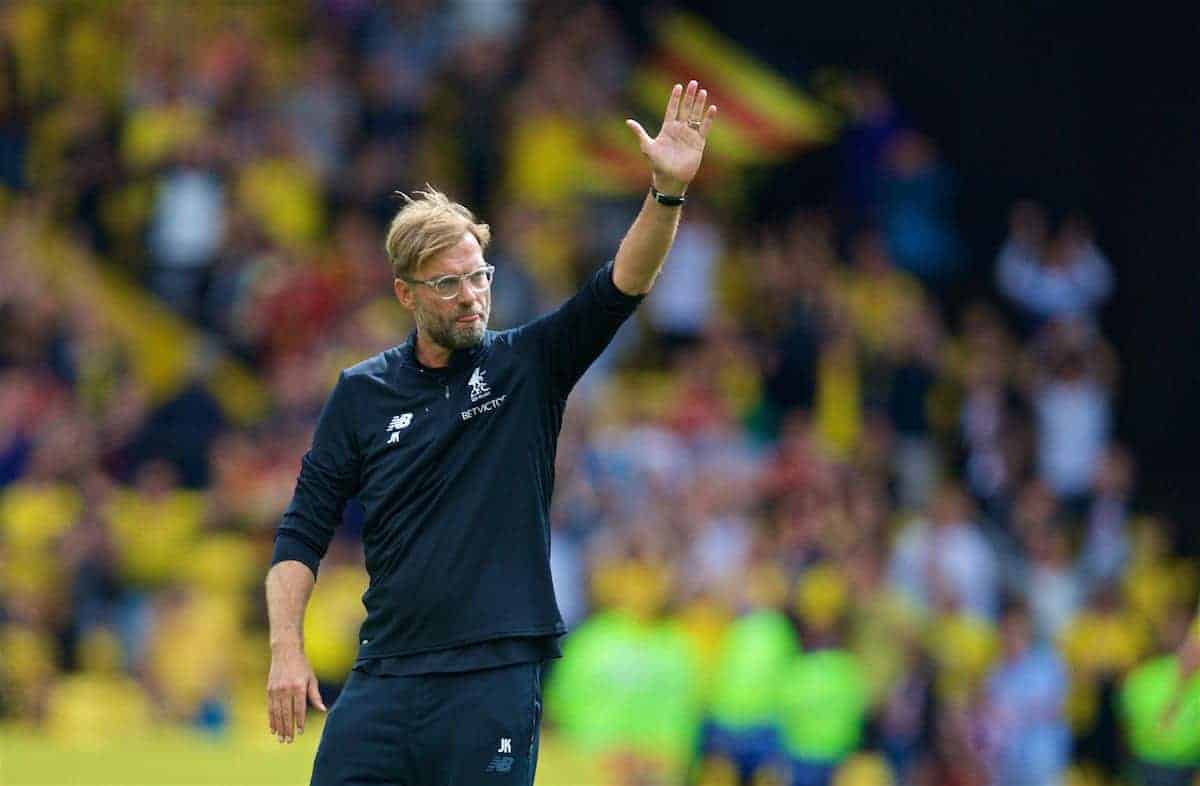 Liverpool boss Jurgen Klopp admits his side must work on defending set-pieces after they conceded a last-gasp equaliser at Watford.

The Reds looked set to start their Premier League campaign with victory after club-record signing Mohamed Salah poked home, only for Miguel Britos to bundle in an injury-time effort to seal a 3-3 draw.

Stefano Okaka opened the scoring as he headed in from a corner with just eight minutes gone and Abdoulaye Doucoure re-established the Hornets’ lead shortly after Sadio Mane had equalised.

Liverpool rallied and Roberto Firmino levelled from the penalty spot after debutant Salah was fouled, with the Egypt international then edging the visitors ahead only for Britos to pounce from a late corner and give Marco Silva a positive first outing as Watford boss.

After seeing his side ship two goals from corners, Klopp said Liverpool will attempt to rectify the issue, even though he highlighted other problems he wants to address.

“They didn’t create too much with the ball but of course they scored two goals and in a specific situation where everyone will say, ‘Oh, it was a set-piece’,” Klopp said.

“We defended most of them really well, but at the end is it enough if we concede one goal? No. We have to work on it.

“But for us different things are important, the physicality in the beginning—not ready for these things. That can happen on the first match-day.

“No direction in the first half but much better in the second half. Playing football but it leads to nothing. There are a lot of things to work on.”

Klopp was also unhappy that two of Watford‘s goals—including Britos’ late leveller—could have been disallowed for offside.

“We had our moments, then we conceded an offside goal. That’s really not fun,” he added.

“You cannot watch the situation and not be sure if it was offside. We conceded two offside goals. It was.”

Silva marked his first competitive match as Watford boss with a point that he felt his players had earned through their performance.

“Of course I think it is a good result for us and a fair result,” he said.

“It was a very good first half for our team, good rhythm. I didn’t like the first 25 minutes of the second half.

“We expected a good reaction from our opponents but to play with the same intensity.

“We reacted well and left it until the end, it is really important to us and we really, really deserved the result as well.”