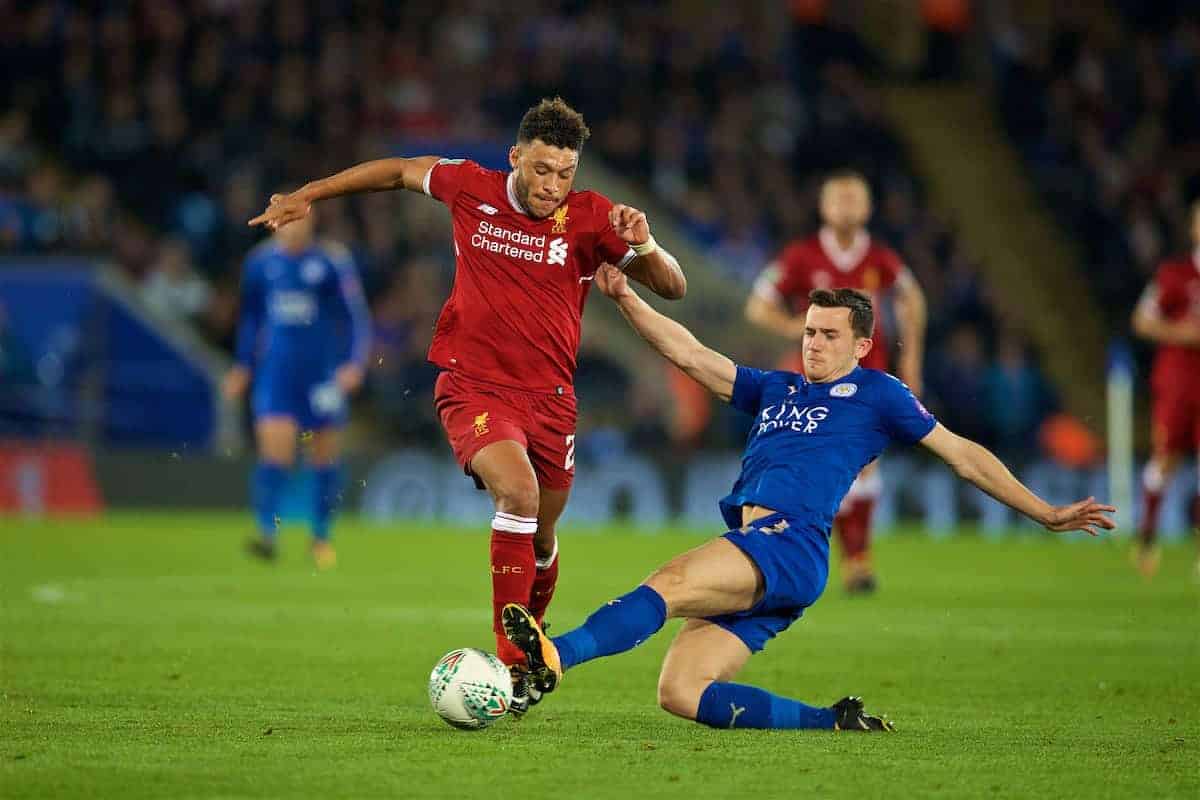 Liverpool take on Leicester City on Saturday, in their second of two meetings in five days. Here are the key stats and facts ahead of the clash.

In the Premier League era the Reds have won four and lost four of the 11 meetings in Leicester while home and away they have won 10 and lost seven of 22 clashes.

Liverpool’s biggest victory at Leicester came in November 1977 when they won 4-0.

The Reds heaviest League defeat came in October 1962 when they were beaten 3-0.

The Reds are four goals short of recording 200 in all games under Jurgen Klopp.

Daniel Sturridge has scored 99 goals in his club career, with 61 coming for Liverpool. Should City win today it will be the first time since 1962/63 they have beaten Liverpool for a third successive occasion at home in the league.

Two of those victories were in the Second Division.

The last time the Foxes won a third successive home league game over Liverpool in the top flight was March 1931.

Of the last 20 goals that Alex Oxlade-Chamberlain has scored in club football only two have been scored outside of London—at Bournemouth in the league and Nottingham Forest in the League Cup.

Jamie Vardy has found the net five times in his last three Premier League appearances against Liverpool and he has five in six against the Reds in his career.

If Vardy scores today he will be the first Leicester player since Danny Liddell (1932/33 to 1934/35) to find the net in three successive home league games against Liverpool.

He has scored 12 league goals in 18 league appearances since Craig Shakespeare took charge in February.

The Foxes have not scored in open play in their last three league games—both goals in that sequence coming from the penalty spot. Anthony Taylor will referee Liverpool for second time this season—he was in charge of the 3-3 draw at Watford on the opening day.