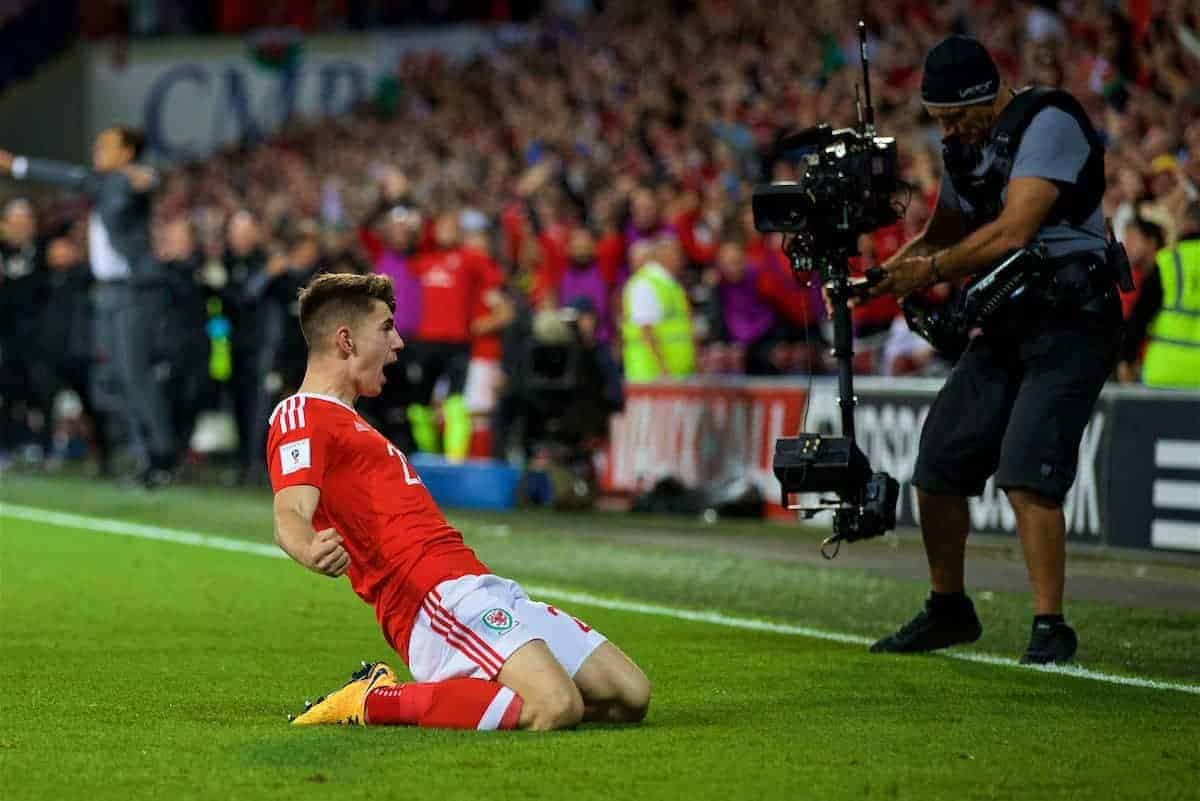 Liverpool youngster Ben Woodburn scored the winner on his senior international debut as Wales sealed a 1-0 victory over Austria on Saturday.

And seven minutes after taking to the field, the forward picked up the ball 25 yards out, took a step forward and powered a sensational strike beyond Heinz Lindner to put his side 1-0 up.

A magical moment for the teenager, Woodburn secured a priceless win for his nation as they push for a place at next summer’s tournament in Russia.

Only seven players have debuted for Wales at a younger age than Woodburn, including Gareth Bale, Ryan Giggs and fellow Liverpool academy graduate Harry Wilson, who holds the current record.

But only Bale was younger when he found the back of the net, hammering home the magnitude of Woodburn’s achievement.

“The ball just came out of the air and I just tried to shoot it as quickly as I could,” he told Sky Sports after the game.

“It’s a great feeling, I couldn’t ask for much more from the fans. I won’t sleep tonight.”

This adds to Woodburn’s record as Liverpool’s youngest-ever goalscorer, set when he rifled home in front of the Kop in last season’s 2-0 League Cup quarter-final win over Leeds United.

Woodburn has established himself as a member of Jurgen Klopp‘s first-team squad, but is yet to feature for the Reds this season.

But with both Wilson and Trent Alexander-Arnold acknowledging his heroics on Twitter after he hit home, it surely won’t be long before the German turns to his teenage marvel once again:

Liverpool play six times over the next month, in the Premier League, Champions League and the League Cup, and Woodburn could be called upon as Klopp looks to keep his side fresh.

Saturday night saw the Reds’ No. 58 prove once again that he is already capable of cutting it at senior level.