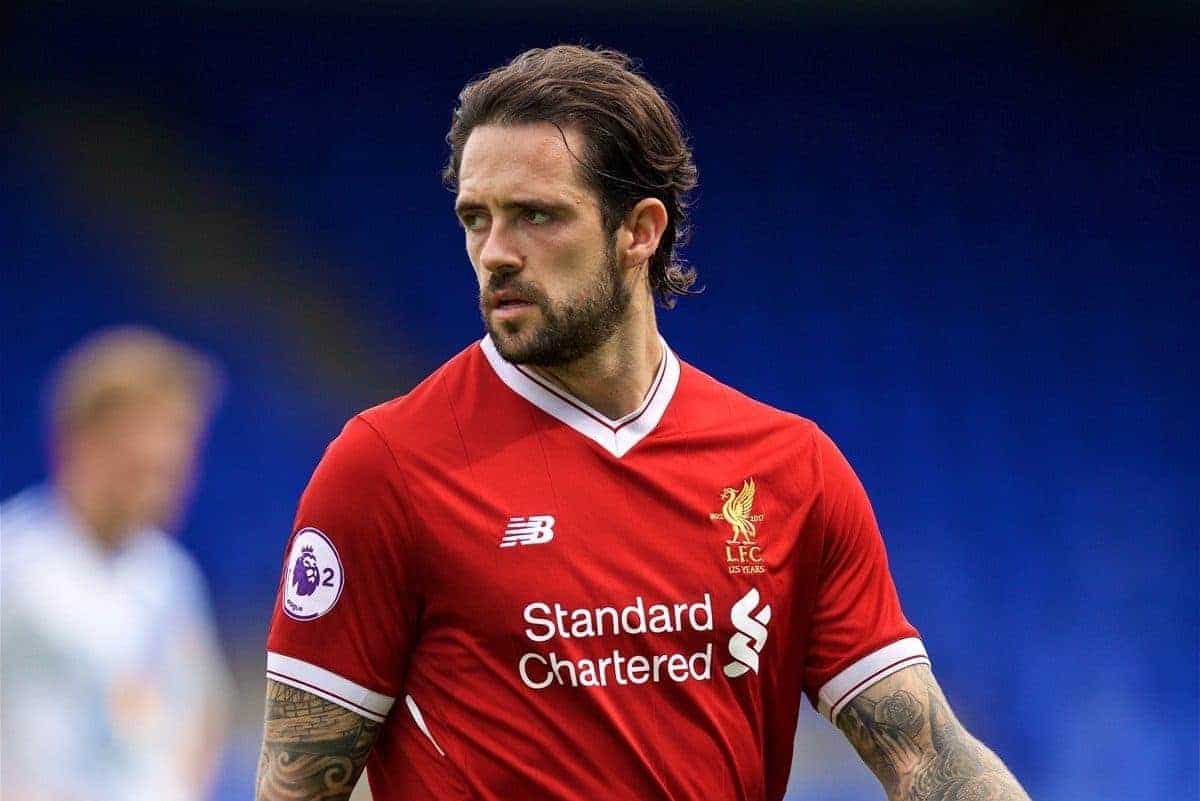 Danny Ings was forced off the field midway through the Liverpool U23s’ 1-0 win at home to Man City on Sunday afternoon, after suffering an injury.

The 25-year-old has been working his way back to full fitness with Neil Critchley‘s academy outfit, playing his first full 90 minutes in the 2-1 win away to Arsenal.

Lining up in the young Reds’ attack at Prenton Park against City, the former Burnley striker joined a strong side.

Alongside Rhian Brewster and Harry Wilson, Ings was in positive form in the opening stages, while Marko Grujic prowled the midfield with Matty Virtue and Liam Coyle.

But after going close with a lofted effort on 19 minutes, he was replaced by 18-year-old forward Yan Dhanda, heading down the tunnel in Birkenhead for further treatment.

With Ings having suffered two serious knee injuries in the past two seasons, Critchley revealed he had been withdrawn as “more a precaution than anything.”

Nevertheless it serves as a blow to his hopes of returning to the first-team fold.

Liverpool take on Leicester City in the League Cup on September 19, and Ings will have had a role in Jurgen Klopp‘s rotated squad in his sights. With City presenting a tough challenge in front of the home crowd, the young Reds worked hard for their opportunities in the first half.

Beyond Ings’ effort, and two more close calls from the striker, Wilson struck the post with a free-kick and Brewster drew a strong save from City goalkeeper Daniel Grimshaw.

Brewster remained a threat throughout the second half, while Wilson went close to putting the U23s ahead with another free-kick.

But it was Ings’ replacement, former West Brom youth Dhanda, who sealed the victory, driving down the left channel before cutting onto his right and curling beyond Grimshaw.

Some of Critchley’s charges, like Coyle, Dhanda and Brewster, could also feature in the U19s’ UEFA Youth League clashes with Sevilla (September 13) and Spartak Moscow (September 26).