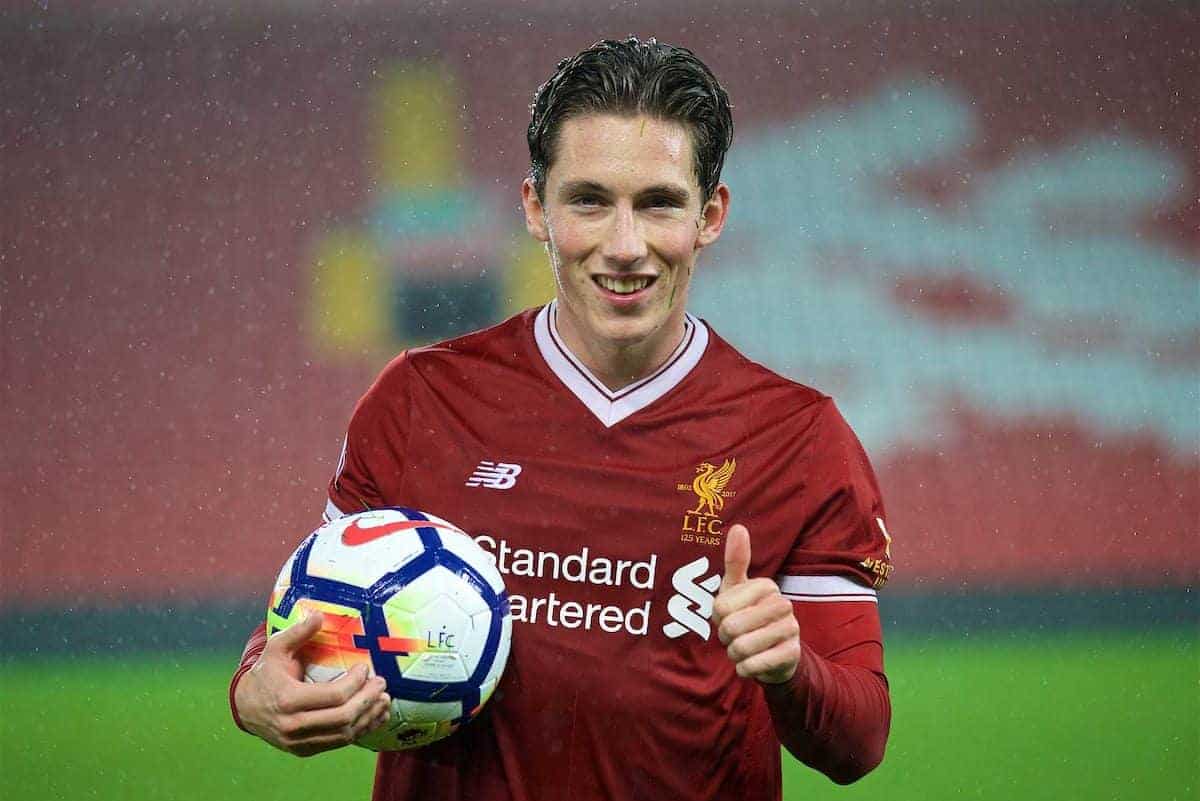 Harry Wilson scored a hat-trick and Lazar Markovic started for Liverpool U23s on Friday, as Neil Critchley‘s side overcame Tottenham U23s 4-2 at Anfield.

The Reds went into the game with a 100 percent record in Premier League 2, with the Reds youngsters winning their first five matches this season.

Markovic’s inclusion was the biggest surprise, but there were also starts for Ben Woodburn, Marko Grujic, Ovie Ejaria and Wilson, in a strong lineup.

Liverpool made a blistering start, with Wilson continuing his superb form after injury with a looping header after just 26 seconds.

Rhian Brewster missed an excellent chance to double his side’s lead, failing to convert from an initial effort and from the rebound.

It wasn’t long before it was 2-0, however, as the influential Wilson got his second of the night. Markovic got the assist, teeing up the 20-year-old. Spurs got a goal back almost immediately, with Marcus Edwards’ penalty in front of the Kop reducing the arrears.

The visitors were level soon after thanks to Christian Maghoma’s excellent strike, as Liverpool’s early lead evaporated in no time.

What a run of form the forward is in, with six goals in four appearances this season.

Early in the second half, it was 4-2, in what remained a hugely entertaining clash. Brewster made amends for his earlier misses with a lovely finish, having been found well by Lloyd Jones.

The match was a foregone conclusion from that point on, as Liverpool’s perfect start to the campaign continues.