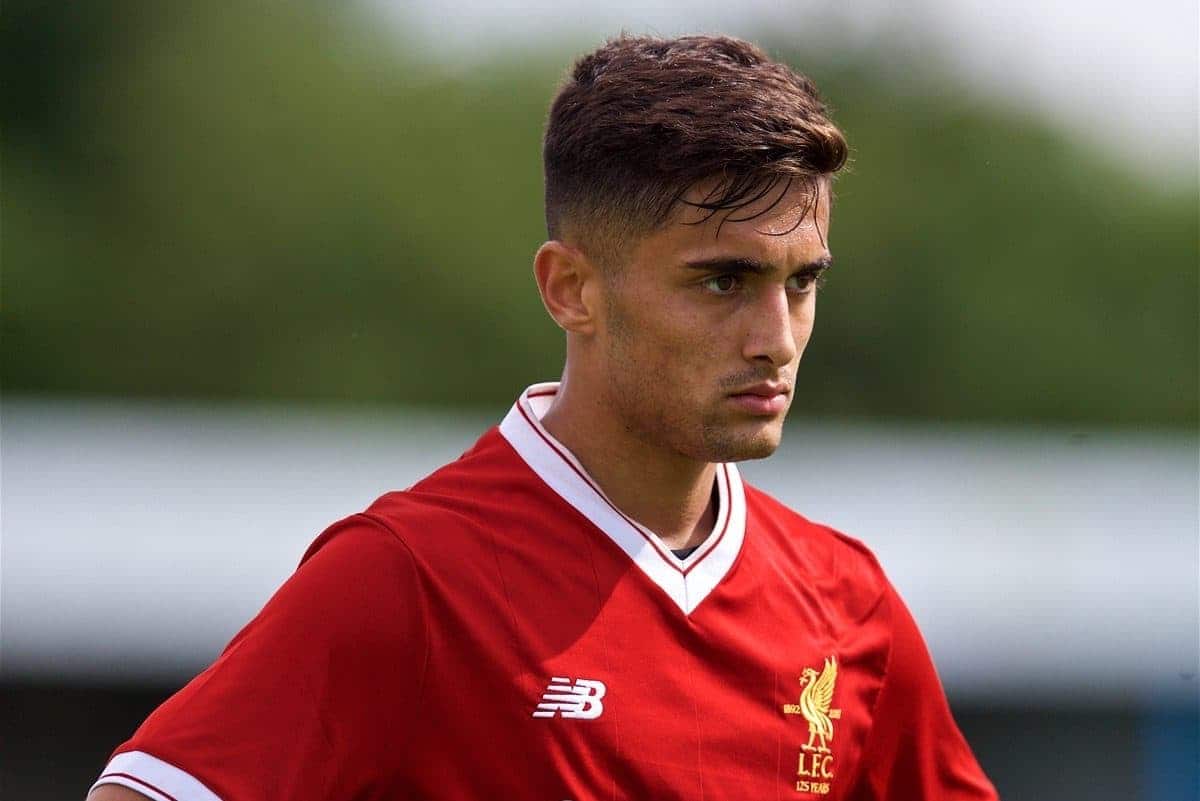 Liverpool youngster Yan Dhanda was thrilled to be the match-winner for the U23s and has lauded the team spirit within Neil Critchley‘s squad.

Liverpool took on Man City at Prenton Park on Sunday afternoon, as Critchley’s side looked to keep their 100 per cent record going.

The Reds suffered a blow in the first-half when Danny Ings was forced off through injury, and it was Dhanda who replaced the striker.

He was a lively presence throughout the contest, testing Daniel Grimshaw with a superb free-kick, before his inch-perfect finish in the last minute earned Liverpool a dramatic 1-0 win, making it four victories on the spin at the start of 2017/18.

Dhanda was delighted with the impact he made from the bench, and discussed the never-say-die attitude that Critchley has created.

“I was really happy to see the ball go in. I was on the bench and I thought when I came on I’ve just got to make an impact,” Dhanda told Liverpoolfc.com.

“Luckily the ball fell to me, I took it inside and managed to score into the top corner.

“In training we push each other every day to the limit and it’s paying off on the pitch.

“We just keep going as a team and we know if we get a chance near the end there’s always a chance to win it like we did against Arsenal and now Manchester City.”

The 18-year-old went on to speak about some of the attacking quality within the ranks, and how he is adapting to playing for the U23s.

“There’s so much talent going forward. I just love playing alongside Rhian [Brewster] and Harry [Wilson] because I know when I’m in space they will find me,” he added.

“It’s a little bit tougher physically [at U23 level] but I’m enjoying playing with a new group under Critch who was my manager at U18 level.”

Liverpool have an abundance of young attacking talent, with Dhanda just one of a plethora of exciting individuals.

Trent Alexander-Arnold (18) and Ben Woodburn (17) have now made the step up to the first-team, and the likes of Wilson (20) and Brewster (17) still also have time on their side.

Jurgen Klopp will forever be an advocate of youth and quality, so these youngsters must believe their quality will be rewarded if they keep delivering, even if chances are not immediately forthcoming in the weeks and months ahead.