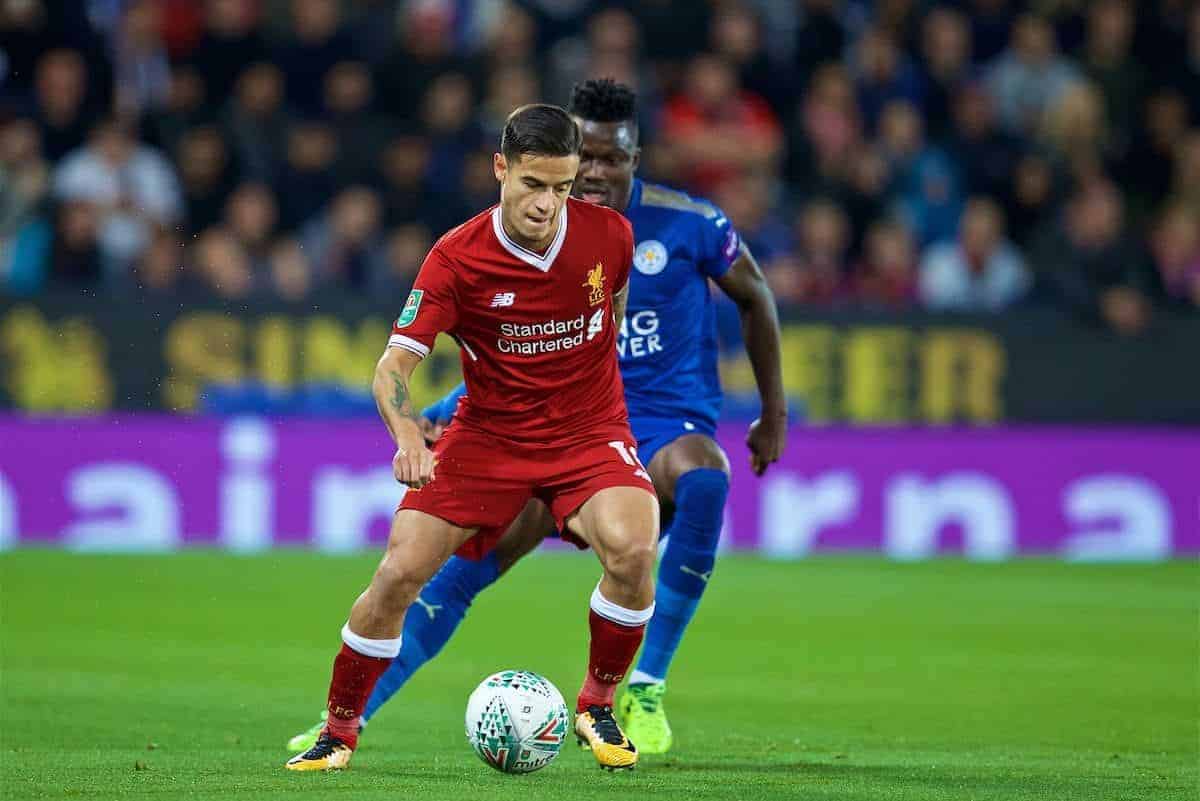 Liverpool boss Jurgen Klopp defended his decision to substitute Philippe Coutinho but admitted he has been left feeling “sick” by the Reds after their League Cup exit at Leicester.

The Foxes dumped Liverpool out in the third round after Shinji Okazaki and Islam Slimani scored to clinch a 2-0 win at the King Power Stadium on Tuesday.

It came after the visitors dominated the first half as Coutinho, Alex Oxlade-Chamberlain and Dominic Solanke missed fine chances.

Coutinho was withdrawn at the break as he builds fitness after an interrupted opening to the season, where Liverpool rejected several bids from Barcelona.

It upset Liverpool’s momentum but Klopp insisted the Brazil international was always down to come off.

“That was the plan before the game. He needs match time but it was not the plan to let him play again 60 or 70 or 80 minutes,” said Klopp.

“Forty five is the limit. We need to get him fit but we cannot push him through.”

But Klopp insisted he was fed up after Liverpool let Leicester off the hook and hit out at their defending.

“After the first goal you saw the heads from Leicester went up, that was a bigger difference. The game changes in moments like this, you have the chance to do it by yourself or sometimes you are on the wrong side and that’s how it is.

“But that we concede like this, that makes me really, really sick.

“We are still a good football team, I see it, but unfortunately it doesn’t feel (like that) at the moment because it’s a cup competition.

“We wanted to go into the next round and nobody is interested who plays the better in the first half.”

Liverpool return to the King Power Stadium in the Premier League on Saturday and Klopp said he will forget about Tuesday’s defeat.

“I lost more games in my life and in the morning I am fine but yes, we will come back, and I will be in better shape,” he said.

Leicester boss Craig Shakespeare added: “I was delighted to get in at half-time and then delighted to see Coutinho had gone off which was one of the main contributions to us.”