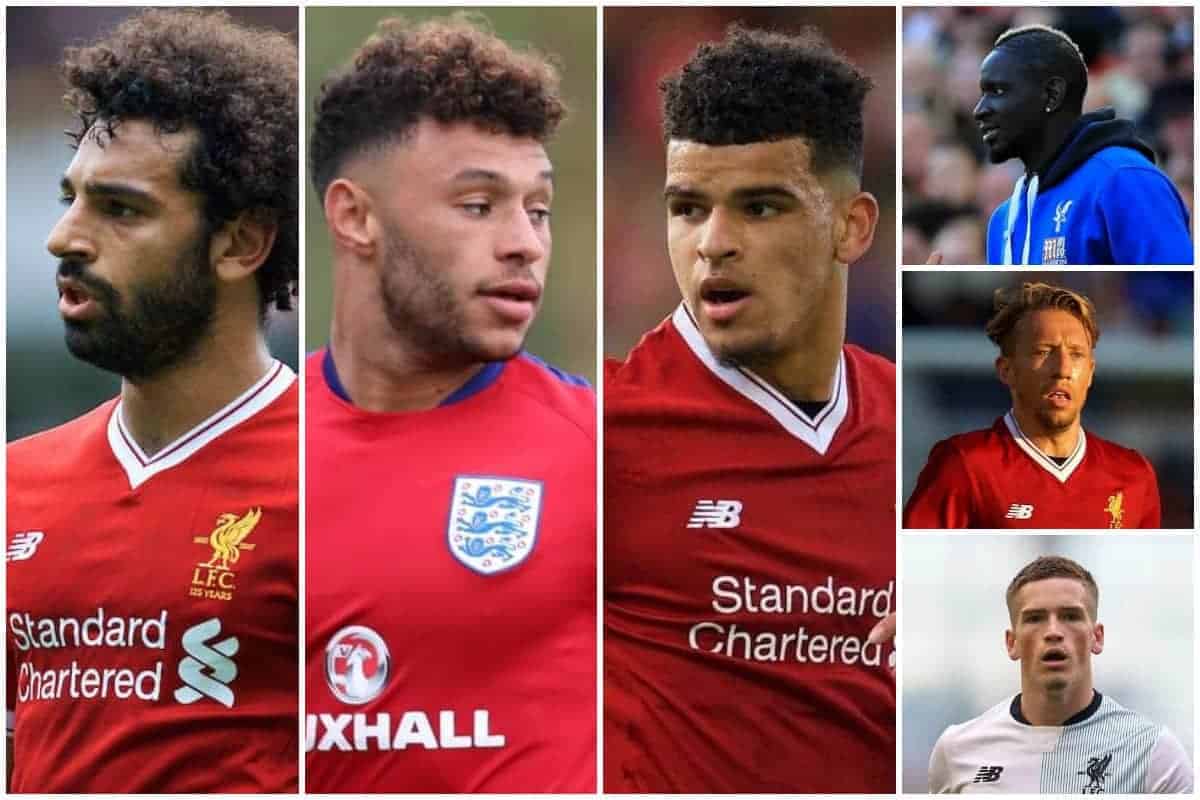 A long list of players have both joined and left Liverpool this summer, as Jurgen Klopp continues to fine-tune his squad.

The transfer window is finally over, and we can all chill out and look forward to just watching football again.

Liverpool had a mixed summer, with a number of excellent signings made but also key targets slipping through their fingers.

Here’s a look at all the business Liverpool sealed this summer.

Brought in as someone to add an extra dimension to Liverpool’s attack, Salah has made a blistering start to his Reds career.

Three goals in five appearances have outlined his quality, and he will only improve as the season progresses.

Solanke made the switch from Chelsea after a lack of opportunities there, and a starring role for England’s U20s earlier in the summer caught the eye immediately.

He has come in and looked the part, effectively taking Divock Origi‘s place in the squad. Tall, powerful, intelligent and a good finisher—he looks to have the lot.

Not the most high-profile signing, but Robertson was Liverpool’s Man of the Match in his only competitive appearance to date, against Crystal Palace in August.

Klopp will get a lot out of the Scottish left-back, and he will vie for a regular starting berth with Alberto Moreno. His £8 million price tag could be a bargain in a few years.

The signing of the 24-year-old was not universally lauded, but like Robertson, he is someone who will thrive working under Klopp.

There is still a rawness to his game that needs to be eradicated, but he will be an important part of the squad for the foreseeable future. It’s always nice to sign a rival player, too.

Naby Keita will become a Liverpool player next summer, and while not signing him immediately frustrated some, it is still a masterstoke.

The Reds would likely have missed out on the Guinean if they had come back in for him next summer—Barcelona and Bayern Munich may have attempted to sign him—but that isn’t an issue now.

Sakho has effectively been a non-Liverpool player for a year now, following his fallout with Klopp after several behavioural issues.

The Frenchman finally left on deadline day, and he will prove to be an excellent signing for Crystal Palace, as he showed during his loan spell there last season.

He may have divided opinion throughout his decade on Merseyside, but he was a very fine servant who understood what playing for Liverpool meant.

Stewart was never going to make it at Liverpool, and his move to Hull City was one that made total sense for all parties. You could have been forgiven for thinking Wisdom had left Liverpool years ago, but he made a permanent exit this summer.

The Championship always felt like his level, and he will be a solid player for Derby County.

The young goalkeeper never stood a chance of becoming part of Klopp’s first-team squad, so a move elsewhere made perfect sense.

The 20-year-old left-back is another who has decided to move on to pastures new, with more regular football the key behind his move to Blackburn Rovers.

A loan move for Kent was a slight surprise, given what a productive pre-season he had, but his experience in the Bundesliga with Freiburg will be invaluable.

From being first-choice striker in 2015/16 to not even getting in the matchday squad this season, Origi has regressed.

The Belgian can be recalled to Liverpool in January if Klopp feels the need to bring him back—he is at a point in his career where he needs to prove his worth at Wolfsburg.

Like Kent, Ojo going out on loan was a bit of a shock, but only injuries would have allowed him minutes in the first team.

At Fulham, he should be given a good chance to shine in one of the stronger Championship sides.

Randall made the temporary switch to Hearts back in July, and as his 22nd birthday approaches, he now needs to become a more reliable figure at senior level.

Liverpool’s highly thought of Brazilian has headed to Cyprus to ply his trade with Apollon Limassol.

He is one to keep an eye on as he seeks to secure a work permit to play for the Reds in the future.

Chirivella has not progressed as many hoped he would at Liverpool, and his loan switch to Sami Hyypia’s former club Willem II is a chance for a fresh challenge.

The young striker joined League Two outfit Forest Green Rovers, and it will be interesting to see how he fares.

Another of Liverpool’s many talented young goalkeepers, George is at Carlisle United for six months.

He kept a clean sheet on his debut against Morecambe on Tuesday, in a 2-0 win in the EFL Trophy.

It is hard to see Williams ever being a part of Klopp’s plans, but hopefully, his six-month spell at Rochdale will help him progress.