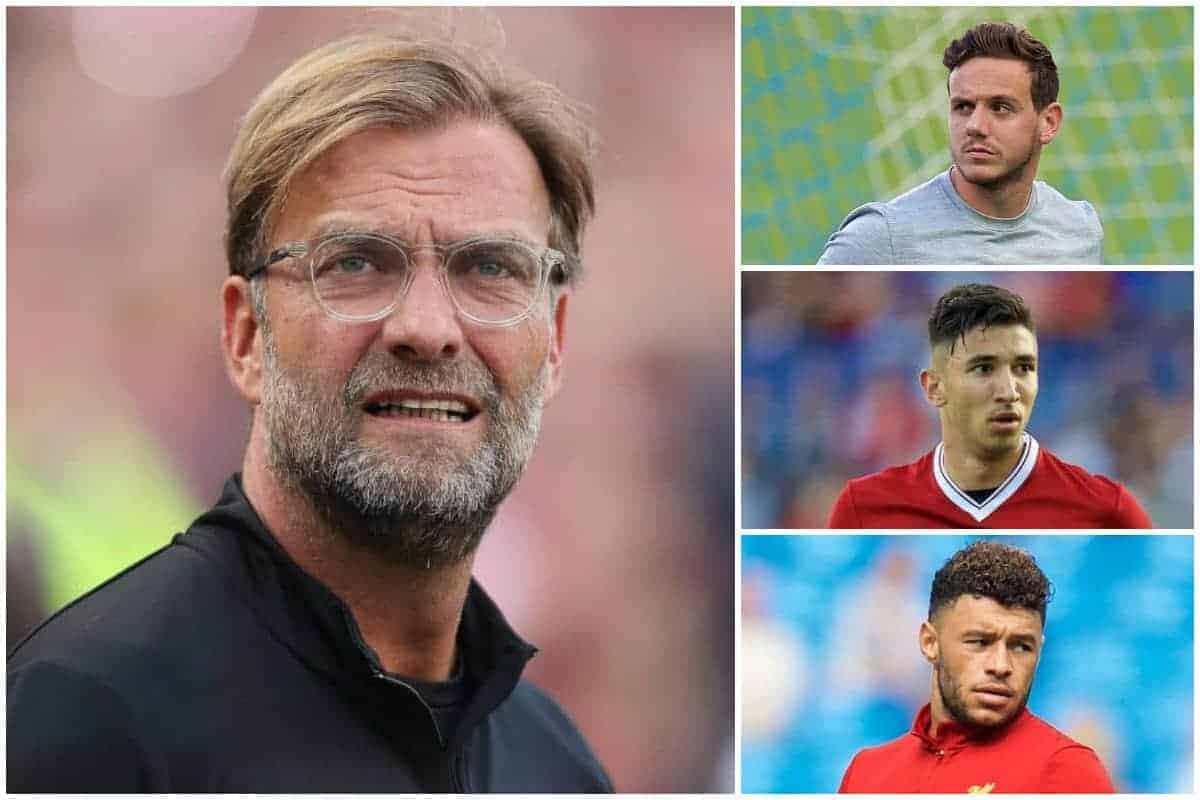 Liverpool take on Leicester City in the League Cup on Tuesday, and the match gives Jurgen Klopp a perfect opportunity to make notable changes.

The Reds start their domestic cup campaign with a trip to the King Power Stadium, as they look for a first piece of silverware since 2012.

The League Cup may be the least important competition of Liverpool’s season, but any chance of winning a trophy should not be sniffed at.

With Klopp’s men in the middle of a relentless run of fixtures, the manager is expected to ring the changes on Tuesday evening.

Here are five squad players who should start against the Foxes. So much has been made of Klopp’s decision to rotate Simon Mignolet and Loris Karius that Danny Ward has almost been forgotten about entirely.

Despite a highly impressive, promotion-winning season on loan at Huddersfield Town, it was always clear that the Wales international would be Liverpool’s third-choice goalkeeper in 2017/18.

He has got the nod against Leicester, however, and a dominant performance would do no harm whatsoever.

Both Mignolet and Karius continue to prove divisive with supporters, with neither ever fully convincing, and Ward will be desperate to put some pressure on his team-mates.

Ward’s last appearance for the Reds came at Swansea City in May 2016—he was actually his side’s best player in a disappointing 3-1 defeat.

The 24-year-old will have considered moving elsewhere to earn more playing time, but if he shines on Tuesday, will Klopp consider retaining him for another trip to the King Power on Saturday?

Andrew Robertson‘s Liverpool career has to got off to a relatively low-key start, with just two appearances to his name so far.

That has nothing to do with the Scot’s form, though, with the Reds’ new signing being eased in, and Alberto Moreno playing well at left-back.

Robertson was named Man of the Match on his Liverpool debut, at home to Crystal Palace, and there were also impressive moments against Burnley on Saturday.

Moreno could return in midweek, but it makes sense for Klopp to keep Robertson in the side, in order for him to find some rhythm.

Taking him out against Leicester would lose any momentum he has gathered, and if Moreno is first choice currently, starting the Spaniard in a less important competition is needless.

Over time, Robertson will hope to usurp Moreno more regularly, and a starring role against the Foxes in the League Cup could see him face them this weekend, too. Like Robertson, Alex Oxlade-Chamberlain has not yet been allowed to spring into life at Liverpool.

His debut came in the harrowing 5-0 loss at Man City, with the game effectively over as a contest when he was introduced, and he had no time to express himself at home to Sevilla in the Champions League.

The 24-year-old’s third showing was also as a second-half substitute on Saturday, and again, his cameo was more solid than spectacular.

Klopp will hand Oxlade-Chamberlain his first Reds start on Tuesday, though, and it will be exciting to see how he fares.

He could easily slot into one of the attacking midfield berths, allowing Emre Can or Georginio Wijnaldum a night off, but he would also be a good replacement for Mohamed Salah on the right wing.

A strong 90 minutes from the former Arsenal man would be a welcome confidence boost.

The 21-year-old has suffered an injury-plagued Liverpool career to date, managing just 10 appearances since signing in January 2016, and he has subsequently dropped down the pecking order.

Klopp has confirmed that Grujic will start on Tuesday, however, and it is a great chance for him to produce a strong showing.

It is easy to forget how promising the Serb looked during his first pre-season last summer, and he can mature into an important player over time.

These are the matches that he must stamp his authority on, though, rather than show he is not yet ready to be a more reliable first-team member.

Quite how Klopp decides to use him in midfield is unknown, but he is talented enough to thrive in front of the defence or in a more attack-minded role. If one player is in need of a rest, it’s Roberto Firmino.

The Brazilian has featured in every game so far this season, along with Salah and Joel Matip, and his all-action style means a rest against Leicester is crucial.

This should allow Dominic Solanke to make his first start for Liverpool, with the 20-year-old impressing since joining from Chelsea this summer.

He was inches away from being the match-winner against Burnley, and there is a confidence to his game that really catches the eye.

Whether Klopp uses him as a lone striker or in tandem with Daniel Sturridge in a 4-4-2 diamond formation remains to seen—the latter would be exciting to watch—but he has to start.

Leicester are a physical side, and Solanke’s height and fighting spirit will be a good match for the Foxes’ defenders.