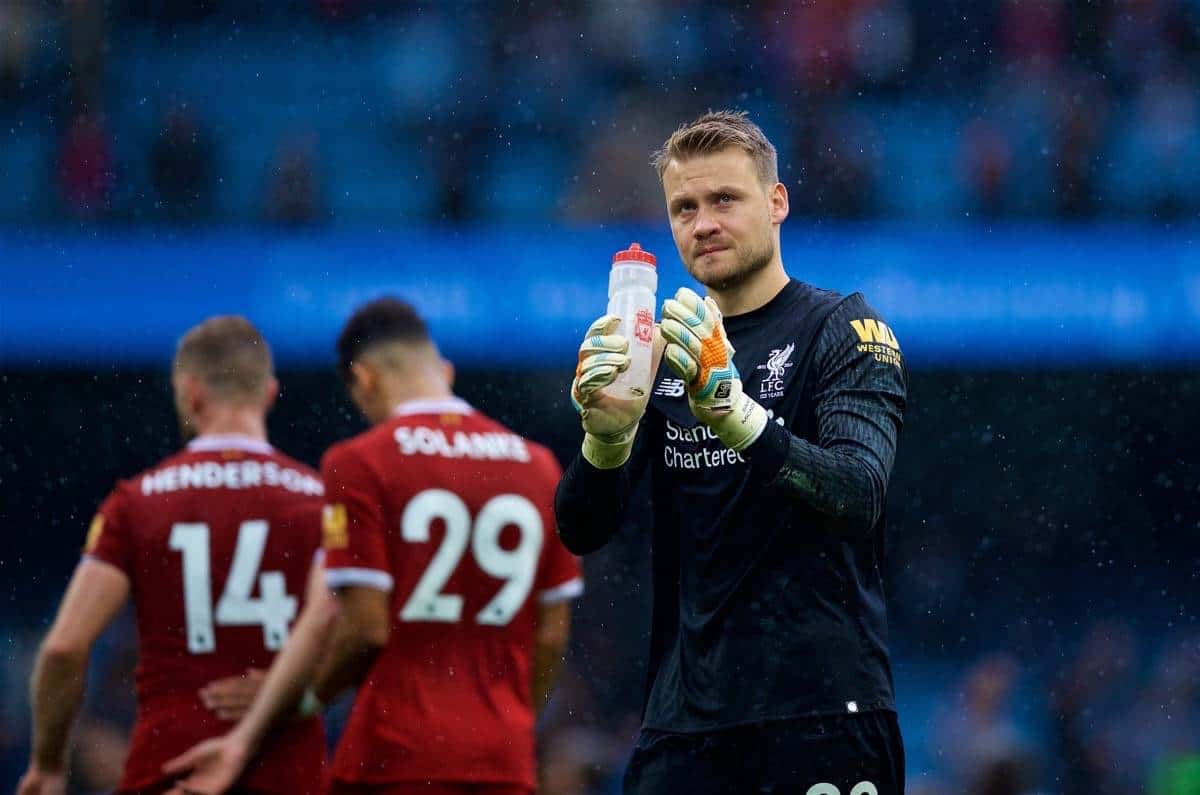 Simon Mignolet is pleased Liverpool are quickly back in action following their hammering by Manchester City.

The Reds’ impressive start to the season was brought to a sudden halt as they slumped to a 5-0 Premier League defeat after Sadio Mane was sent off at the Etihad Stadium on Saturday.

Jurgen Klopp‘s men will have little time to dwell on the result as they open their Champions League campaign against Sevilla on Wednesday.

Goalkeeper Mignolet said: “We have to take the first 20 minutes and how we played before the international break and take it into the next game.

“Of course we can’t neglect the performance after that—we have to keep it in mind—but we have another game midweek when we can prove ourselves again.

“That’s probably a good thing, the game comes early and we can put things right, change it again.”

Liverpool had looked formidable, particularly going forward, as they overpowered Arsenal 4-0 at Anfield a fortnight ago.

Their hopes of maintaining that momentum were dashed before half-time at Eastlands.

Sergio Aguero had already put City into the lead when Mane was dismissed in the 37th minute for catching Ederson with a high boot in a nasty collision.

Gabriel Jesus then struck twice either side of half-time and Leroy Sane finished Liverpool off with a late double.

Mignolet said: “City are already a really good team, particularly at home. They have players who can change games and make chances.

“Then you go a man down and the momentum and morale changed a bit. They can play the game even better. We had to change something but they quietened us down very quickly.”

The game’s major talking point was the incident involving Mane and Ederson. The clash was accidental and the straight red card shown to Mane was controversial for that reason.

However, in catching Ederson as he raced out of his area to head the ball, Mane’s play was deemed to have endangered an opponent.

The Brazilian was knocked out and received lengthy treatment on the field before being carried off. He was later cleared of serious injury.

Fellow ‘keeper Mignolet said: “I’ve had it before when you have to jump into people’s feet—and you have to be brave. It’s always dangerous.

“You can’t really think about what might happen. He just thought about the ball and went for it. He didn’t see what was coming just after it.

“Sometimes these things can happen. Hopefully it won’t happen too often and you don’t want it to create difficulties for anybody.

“You just hope everything goes well [for Ederson] and it sounds like it has.”