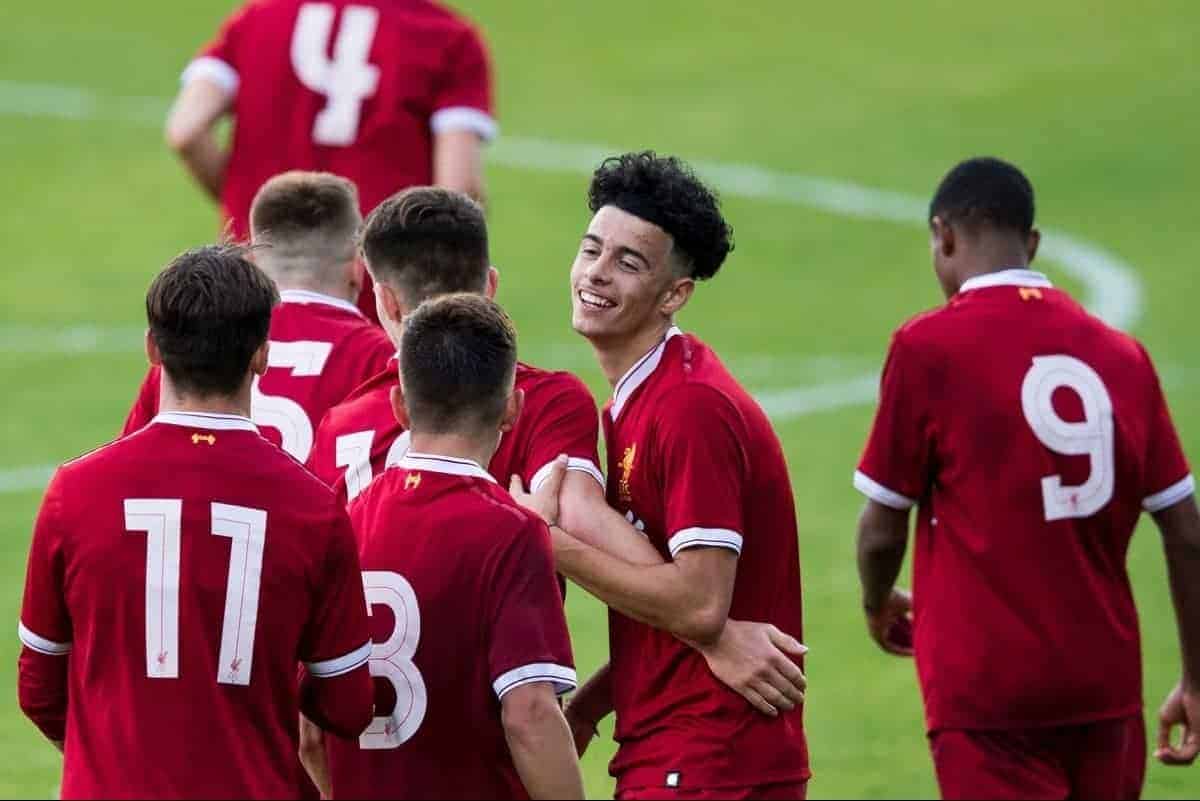 Liverpool went into the game five points adrift of their Merseyside rivals, with the two sides fourth and second in the U18 Premier League, respectively.

Kamil Grabara started in goal at Kirkby Academy, despite playing for the U23s on Monday night, and a highly entertaining match awaited.

Some early penalty appeals from Everton were waved away, as the match started in typically feisty fashion. It was the visitors who started better.

Stephen Duke-McKenna fired wide for Everton after some hesitant Liverpool defending, but the Reds grew into the game as the first-half progressed.

No notable were chances were created by Gerrard’s side until Liam Millar failed to connect with a header in front of goal.

Anthony Gordon’s attempted chip just went wide for Everton, as the contest continued to ebb and flow. Miller fired over from close range.

Gordan found the net with 38 minutes on the clock, though, finishing past Grabara after almost making a mess of the goalscoring situation. Liverpool were the better team in the early exchanges in the second-half, but Everton were defending resolutely. Liam Coyle’s header missed the target.

Duke-McKenna shot horribly over from a good position and Jones’ attempt deflected behind for a corner, but it was a fairly low-key affair.

Substitute Glen McAuley was threatening to make things happen for the Reds in the final third, however, and he played a part in Gerrard’s youngsters drawing level.

He was thwarted inside the penalty area, but the ball fell to Jones, who showed great composure to slot his finish into the net.

The game was completely turned on its head by 16-year-old Jones just two minutes later, after a superb volleyed finish from a corner. He celebrated in style with Gerrard.

Rafa Camacho sealed Liverpool’s win with five minutes remaining with an inch-perfect finish, as the Reds moved to within two points of their rivals.

Subs not used: B. Williams, Raitanen