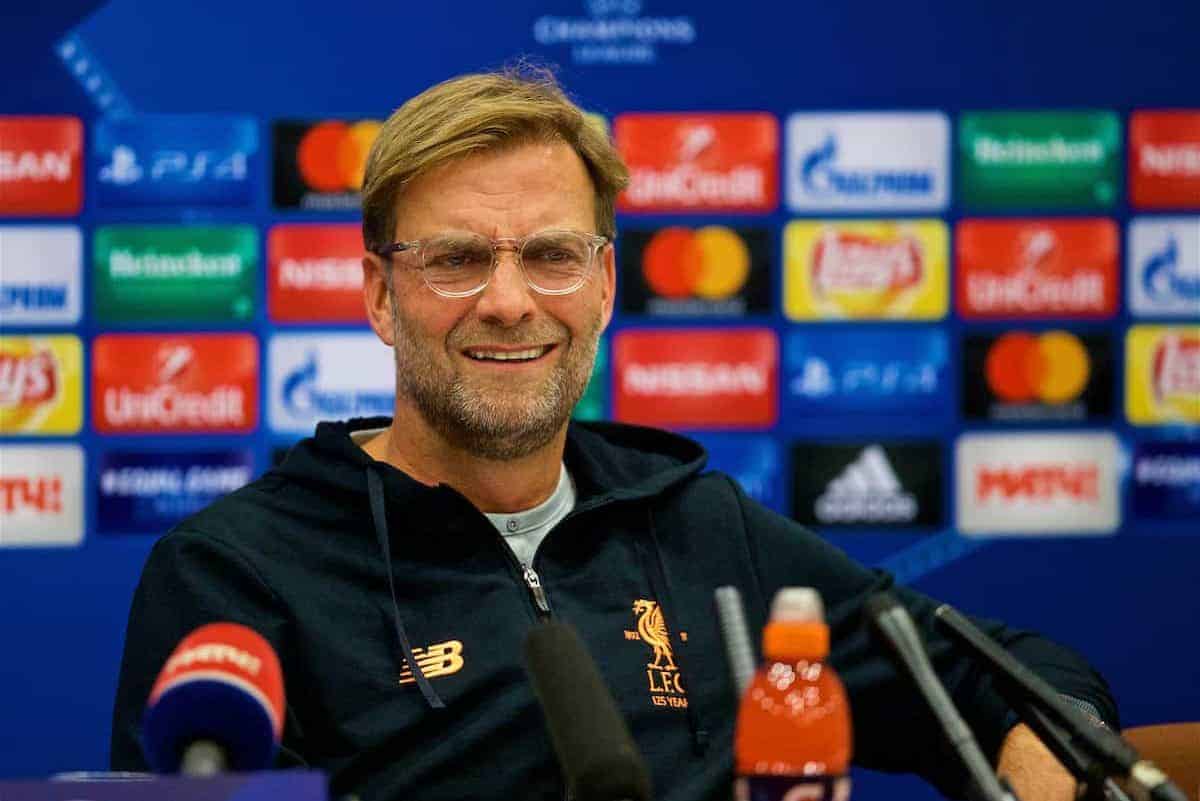 Liverpool manager Jurgen Klopp arrived in Russia looking forward to his first visit to Moscow – but his first evening in the capital left him agitated and frustrated.

The Reds boss labelled his pre-match press conference at a hotel five minutes’ drive from where the team landed at Sheremetyevo Airport a “waste of time” and cut short his appearance after a bizarre line of questioning.

His mood was not helped by the constant clicking of photographers’ cameras and the Russian translator who then began translating his questions before he had finished them.

His patience almost snapped when he was asked whether he was in love with any of his players, a reference to Tottenham coach Mauricio Pochettino saying he loved striker Harry Kane.

“I am really impressed that we’re in a Champions League press conference and we’re talking about things like this,” he said. “I really don’t understand the business any more.”

When the translator began to recount his answer in Russian, Klopp stopped her mid-sentence, saying: “It’s not important.

“The question and my answer were not important for Russia – it was just an English thing. Pochettino loves Kane and who do I love, that’s the question. A waste of time.”

With that he walked out and headed off to the team hotel.

You can watch the full press conference below: