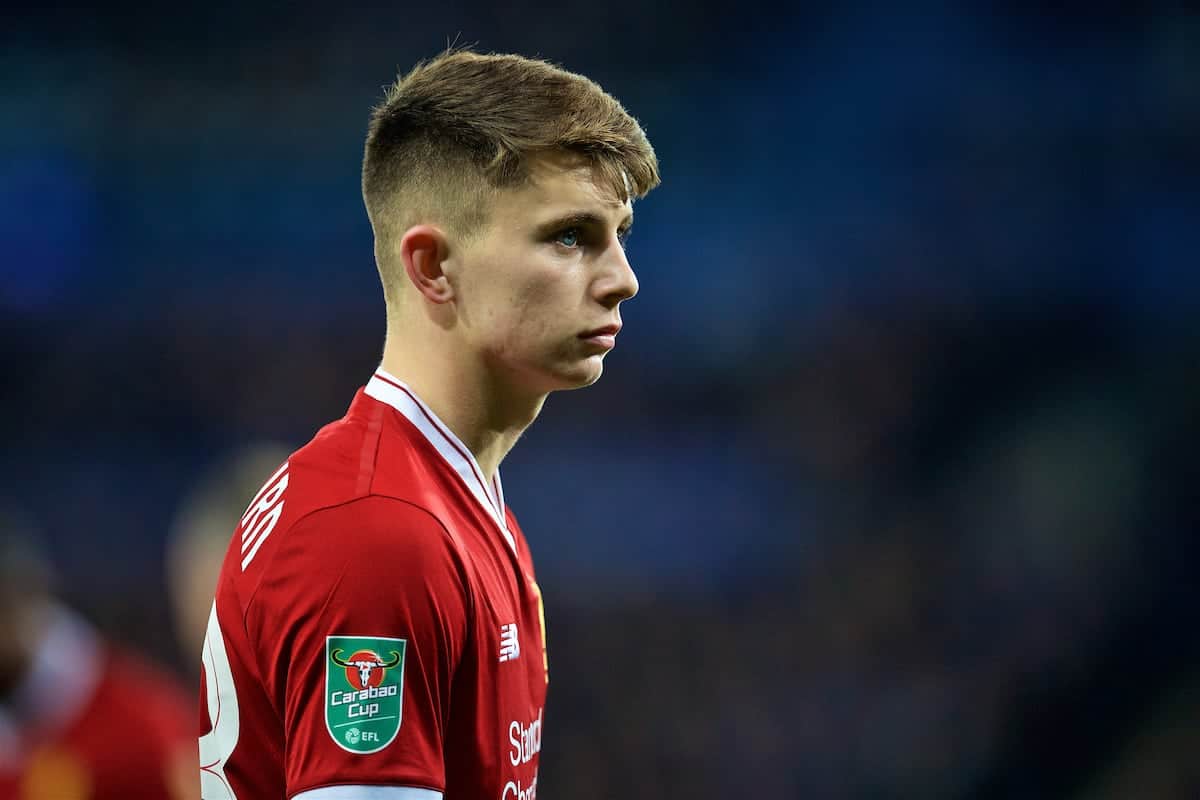 Wales international forward Ben Woodburn has signed a new and improved contract with Liverpool, keeping him with the club until at least 2022.

The 18-year-old academy graduate has enjoyed a whirlwind year, having made his debut for the Reds, become the club’s youngest ever scorer and netted for Wales on his senior international debut.

Woodburn’s progress and promise has been rewarded by what Liverpool call a “long-term” deal—a contract Press Association Sport understands will run over five years.

“It’s an unbelievable feeling to sign a new contract with Liverpool,” he told the club’s official website.

“This is the club I want to stay at and be here as long as possible. When I was told, all I wanted to do was sign the contract.

“It feels good. Now I just want to carry on and hopefully show the manager what I can do.”

Woodburn joined Liverpool’s academy as an U7s player and has risen through the ranks, being named the Academy Player of the Year for 2016/17.

The forward has established himself in Jurgen Klopp‘s first team and played four times for Wales, netting the winner against Austria on his debut in September.

“I think there is loads of room for improvement,” Woodburn added.

“I’ve just got to keep working and trying in training every day and hopefully I will improve.

“Defending and maybe getting a few more goals [are what I want to improve]. Just trying to come in with the first team and play like a first-team player.

“But I think I’ve grown as a player and matured physically and technically, and grown in confidence.

“For the rest of this season, my aim is just to carry on [and] try to play as many games for the U19s and first team.”