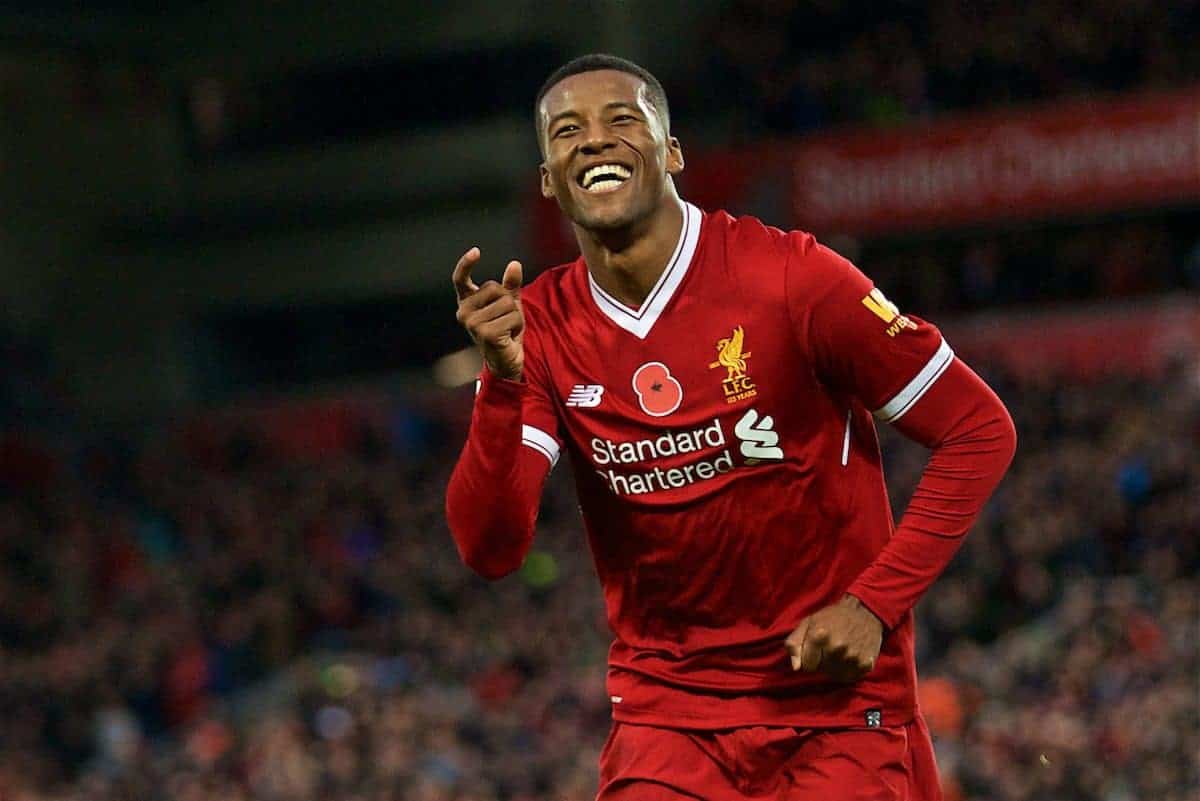 Liverpool cruised to a 3-0 victory over Huddersfield Town on Saturday afternoon, much to the relief of anyone of a Reds persuasion.

Everybody knew that a win at Anfield was paramount, with Jurgen Klopp and his players still reeling from the 4-1 loss at Tottenham last weekend.

The players entered the fray just before 3pm, with a minute’s silence well-observed prior to kick-off, as those inside the ground paid their respects to those who lost their lives in battle. Klopp embraced with his great friend David Wagner before the game, but cut a more pensive figure during the early exchanges. Ragnar Klavan was drafted in as a last-minute replacement, following an injury to Dejan Lovren in the warm-up, and he recovered well after a nervous start. Gini Wijnaldum was a busy presence in the first-half, although his most influential moment would come later in the afternoon. The Reds were given a glorious chance to take the lead after Roberto Firmino won a penalty, but Mohamed Salah‘s effort was saved by Jonas Lossl and Jordan Henderson missed the rebound. Thankfully, Salah’s blushed were spared with 49 minutes on the clock, as Daniel Sturridge finished expertly to give Liverpool a much-needed lead. Liverpool taking advantage of an opponent’s mistake in defence for once!

Firmino got the all-important second goal to give Liverpool a cushion before the hour mark, with the Brazilian heading home from a corner. A rarity! Wijnaldum added a third with 16 minutes remaining, with a ruthless finish into the roof of the Kop net. Relief all around. Next up for Klopp’s men is the visit of Maribor in the Champions League on Wednesday, as Liverpool look to cement their place at the top of Group E.