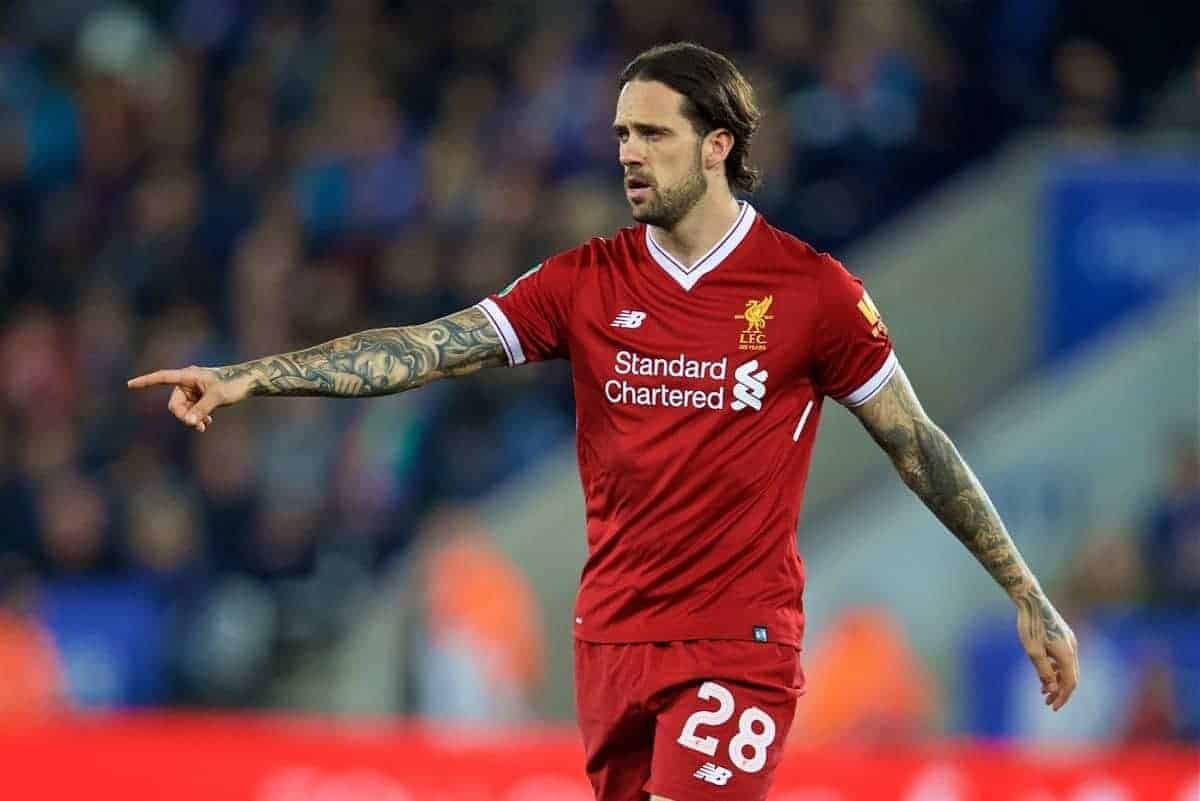 Liverpool may allow Danny Ings to leave the club on a temporary basis in January, as the striker looks to revive his fortunes after injury.

Ings has not played regular first-team football since the start of the 2015/16 campaign, just after he made the move to Anfield from Burnley.

Struck with an ACL tear in the days following Jurgen Klopp‘s arrival as manager in 2015, Ings has made just four appearances under the German so far, totalling 92 minutes.

Behind Roberto Firmino, Daniel Sturridge and Dominic Solanke in the pecking order up front, and with the Reds knocked out of the League Cup in September, his chances are dwindling.

And according to the Mirror, this could see him seek the exit in the winter transfer window.

They claim that Liverpool will be willing to sanction a loan move for the 25-year-old “if he can’t force his way into Klopp’s plans,” as he bids for a place in England’s World Cup squad.

Ings made his debut for the Three Lions just before his injury blow, but is yet to add to his solitary cap, with Harry Kane emerging as Gareth Southgate’s No. 9.

If the Reds do allow Ings to leave Merseyside, Newcastle United, Southampton, Crystal Palace and Watford are credited with an interest.

Ings has been regularly turning out for the Liverpool U23s after recovering from his second long-term knee injury, picked up in November of last year.

He has scored just once in six appearances for Neil Critchley‘s side this season, but has been in impressive form whenever called upon, serving as a role model for the Reds’ youngsters.

Moving to join the likes of Southampton or Newcastle would provide Ings with the boost he requires after effectively missing two-and-a-half seasons.

But as he explained earlier in October, his long-term goal remains at Anfield.

“When you are at a club like Liverpool, it is not a club that you want to walk away from,” he said.

“I still feel like I have a big part to play in this football club.”

Realistically, Ings is unlikely to be given the game time he desires under Klopp any time soon, with Divock Origi also poised to return from loan at VfL Wolfsburg next summer.

There is also the promising duo of Taiwo Awoniyi—shining on loan at Royal Excel Mouscron this season—and Rhian Brewster—a star for England at the U17 World Cup—to consider, too.