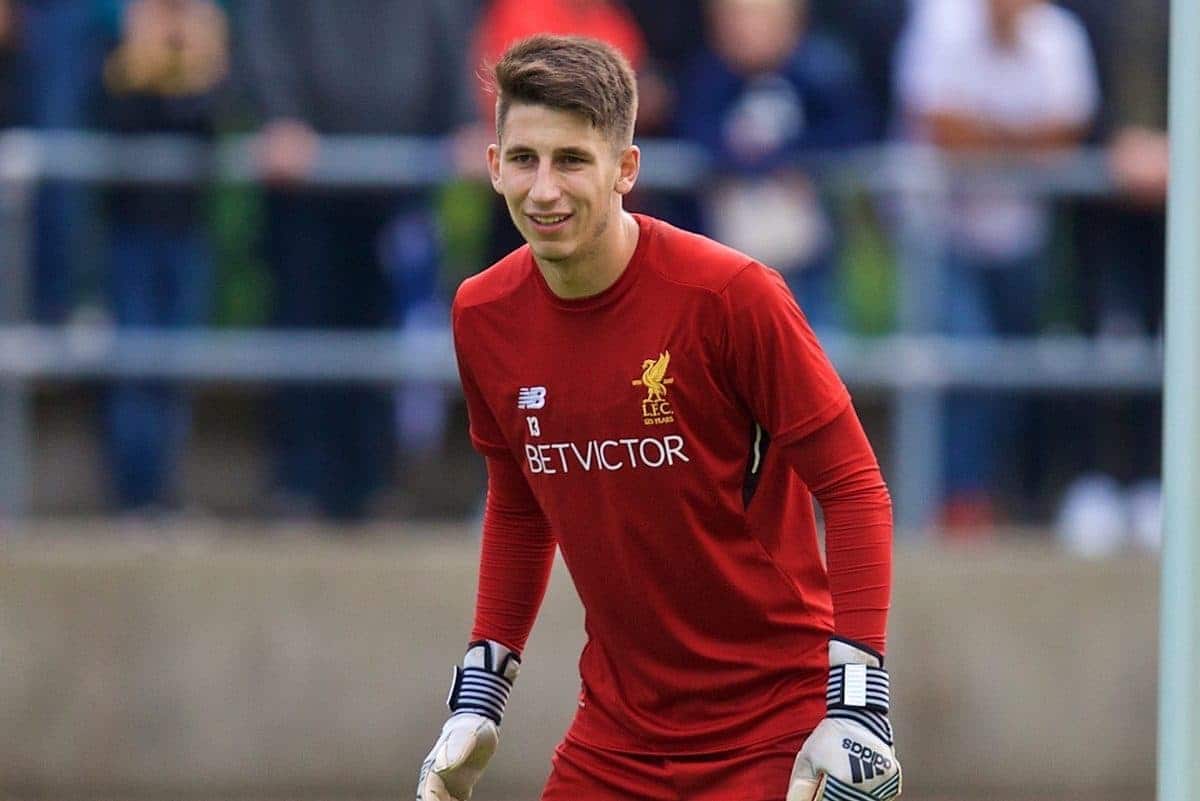 Liverpool U23s goalkeeper Kamil Grabara has set his sights on a first-team role as Jurgen Klopp‘s No. 1, but is prepared to wait for his opportunity.

Grabara joined the Reds from Ruch Chorzow in an initial £250,000 deal in 2016, and has established himself as the leading stopper at academy level.

The Poland youth international has moved ahead of Shamal George and Caoimhin Kelleher in the pecking order for the U23s, while he is also Steven Gerrard’s first choice for the U19s.

He has made six appearances for the U23s, three for the U19s and one for the U18s, and has been in excellent form throughout the age groups.

This has seen the 18-year-old train under Klopp at Melwood, as well as feature during pre-season, while he has also travelled as part of the squad for games in the Premier League.

And after helping Neil Critchley‘s young Reds seal a 3-1 win over Man United on Monday night, Grabara outlined his senior ambitions on Merseyside.

“To be training at Melwood is a good sign,” Grabara told LFCTV.

“It’s always nice. I am looking to play for the first team but I know that’s currently far away. We will see what the future brings.” With Simon Mignolet making headlines for his calamitous error in Liverpool’s 4-1 loss away to Tottenham on Sunday afternoon, many have called for the Belgian to be replaced.

While Grabara is far from ready for his first-team debut, it is encouraging that his own mistake in the U19s’ 4-1 win away to Maribor in the UEFA Youth League last week was one of his first since joining.

Grabara is a confident, agile goalkeeper at ease coming off his line to deal with dangerous situations, as well as towering over attackers to claim loose balls.

Continuing to assess his performance against United, too, the youngster highlighted a key attribute for a top-level stopper, frustrated at his failure to keep a clean sheet.

“I am always looking for the clean sheet so I’m not the happiest person right now,” he said.

“It’s my job to help the boys. That’s what I am there for. Thank you if anyone said something nice but I was looking for a clean sheet.”

While this could be construed as Grabara taking up a bad attitude after a decisive victory, his frustration at conceding should be applauded.