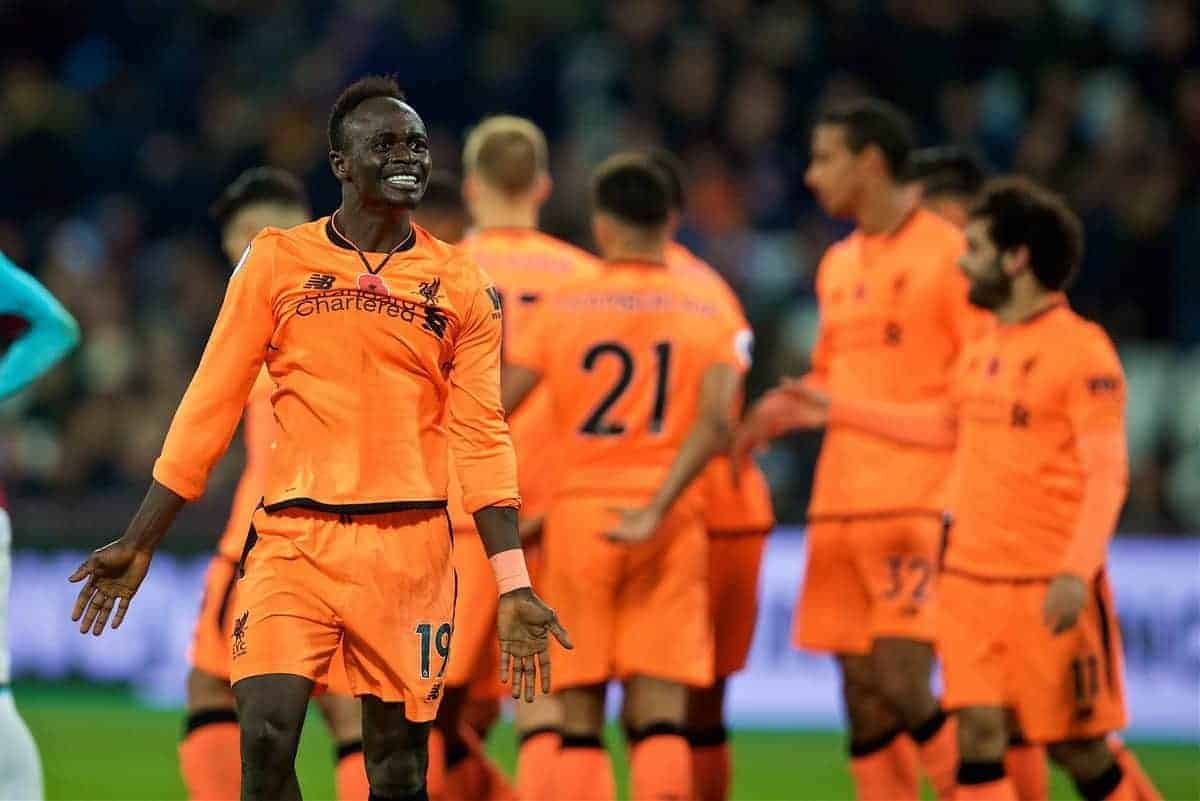 Steven Gerrard was effusive in his praise of Liverpool duo Mohamed Salah and Sadio Mane as they help fuel Saturday’s 4-1 victory at West Ham.

The Reds sealed a vital three points at the London Stadium to extend their winning run to three games in all competitions.

And Gerrard, speaking to BT Sport after the game, labelled the Egyptian as “Liverpool’s best player by a mile” this campaign.

“I watched him a lot at Chelsea, and it didn’t really take off for him when he was a Chelsea player,” he explained.

“Of course he hit real top form over at Roma, but you’re thinking, ‘is he a player suited to the Premier League?’.

“And when he first came I, along with a lot of Liverpool fans, wasn’t totally sure how it was going to work.

“You’ve got to give the manager and the recruitment staff at Liverpool a huge amount of credit for spending that amount of money on a player who it hadn’t worked out for before.

“But he’s come in and he’s been absolutely top-drawer this season. He’s been Liverpool’s best player by a mile.” Mane made a surprise start after a month out with injury, and laid on two goals in his 77 minutes on the pitch, showcasing his class despite not being completely tuned in.

His £30 million move from Southampton in 2016 was a sensational piece of business for the Reds, and Gerrard believes Mane is a “world-class” talent.

“He’s awesome, he’s great to watch. I’m not saying it from a biased point of view,” he said.

“He’s the type of player you’d go and pay big money to watch every single week, because he’s great on the eye, he’s so quick, he makes things happen.

“And for someone so quick, and the speed that he [plays] at, to have the touch and the finesse that he shows for the first goal and [Salah’s] second is world class.”

Salah has already scored 12 goals and assisted a further three in 17 games for Liverpool, while Mane has hit three goals and tallied four assists in 10 outings this term.

Their growing partnership alongside Roberto Firmino in attack is exceptional, and Gerrard is right to highlight them as truly top-class players.