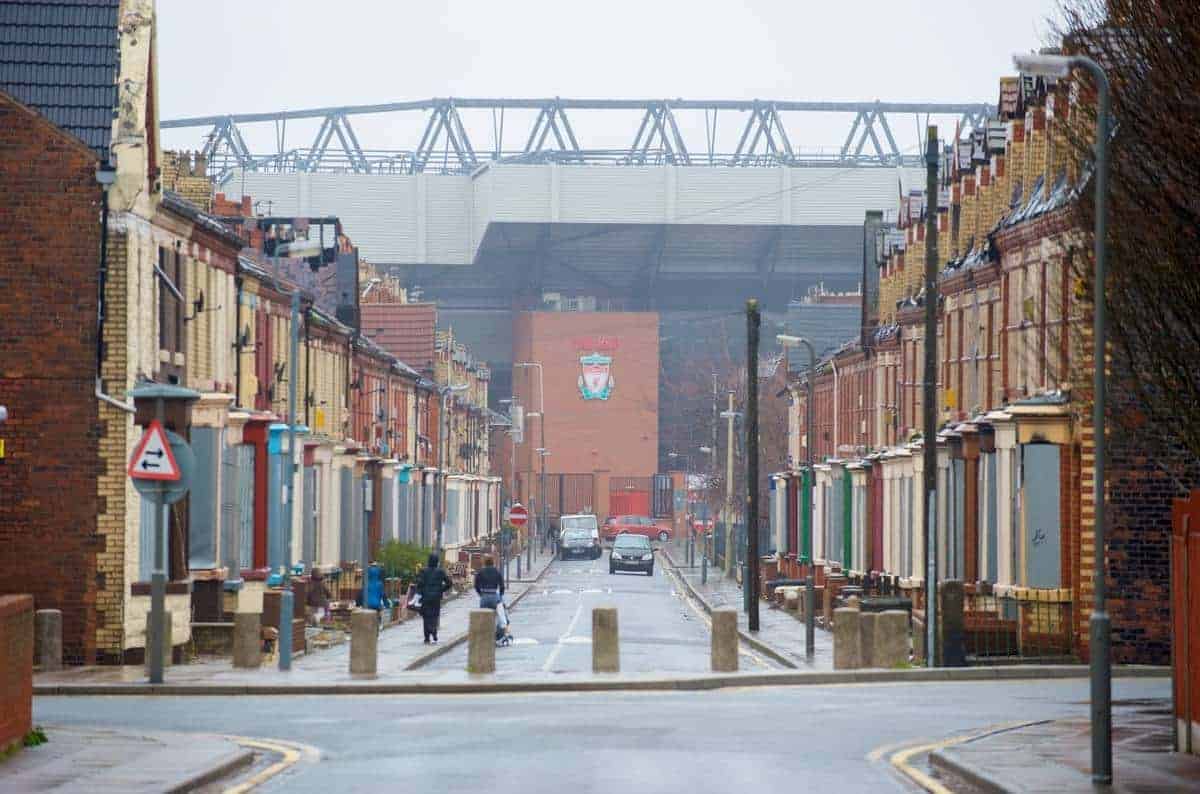 Anfield stands as a proud symbol of Liverpool’s global financial muscle, yet just a few yards away are some of the most impoverished areas in the country where food poverty is a real issue.

The stark contrast between the money spent on Anfield and on the footballers who play there has not been lost on the club, who launched their Red Neighbours programme in January to tackle the issues which affect those living in the shadow of the stadium.

“On the field of play you have talent in the Liverpool team worth hundreds of millions of pounds and yet 200 yards away you have families who struggle to put three square meals on the table every day,” chief executive officer Peter Moore told Press Association Sport.

“The economic demographic of postcodes L4, L5 and L6 represents some of the most impoverished areas in the United Kingdom.

“We have kids who, because parents can’t afford anything better, go to school with a Diet Coke and a bag of Doritos, which is far from ideal.

“We are not blind to the irony of what you can see on these great European nights and then you walk the streets and people are in need.

“That would be irresponsible and immoral and we are doing everything we can to do our bit to help as best as we can with food, educational programmes and physical activities.”

OPINION: Behind Anfield’s corporate curtain: Liverpool FC and the future of football

Earlier this month Liverpool announced they would start paying all staff the real living wage as a minimum from the start of June 2018 and before last month’s 3-0 win over Huddersfield a record 728 kilograms of food was collected by a pre-match food bank.

There will be another food bank collection ahead of Saturday’s visit of Southampton, while other activities such as walking football for the over-50s, chair-based yoga and a social club at Anfield for the elderly community and an education centre for youngsters are now regular events on the calendar.

“We are a unique city and the impact we have, both positive and negative, we take seriously,” added Moore.

“The impact we can sometimes have is negative around the stadium itself so like any good neighbour who has some resources we try to spread the wealth.”

Unusually for a Premier League CEO Moore is proactive on social media, using his profile to promote community events and engage with fans.

But the former chief competition officer at EA Sports is well aware of the drawbacks of Twitter, especially when the transfer window comes around and he is inundated with “Sign Reus” tweets.

“It has its pitfalls to say the least,” said Moore, whose role at the club does not involve transfer dealings due to the appointment of Michael Edwards as sporting director.

“But I always believe the benefits of being open, transparent and candid with the people who pay your salary far outweighs the minority who take the opportunity to turn you into a digital punching bag.

“I have a massively thick skin and I try not to take the bait. I almost feel I should share a house with some players who we have apparently not signed.

“I can’t wait for the next transfer window, it is such a fun time.”