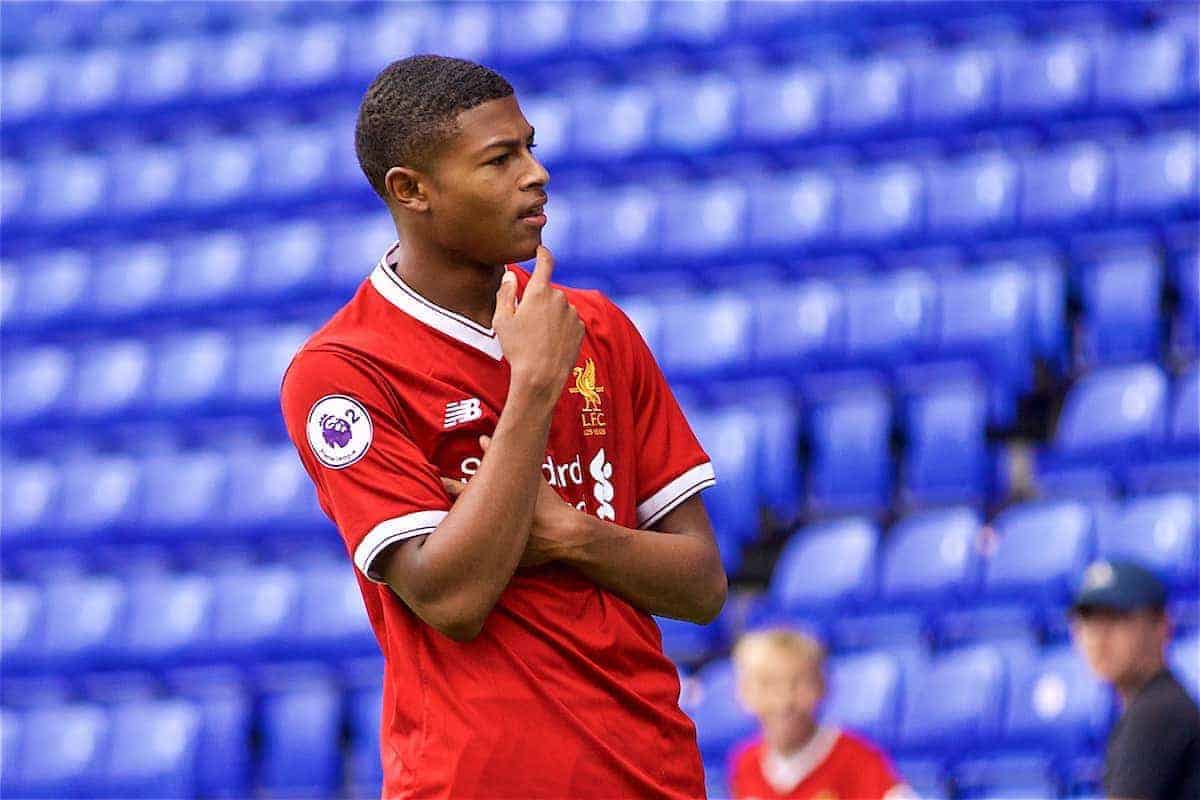 Liverpool Under-23s coach Neil Critchley insists they will not be “rolling out the red carpet” for England Under-17 World Cup-winner Rhian Brewster.

The teenager is set to make his return to domestic football in the Premier League International Cup match against Newcastle at Tranmere’s Prenton Park on Friday.

Brewster was back at the club’s Kirkby academy on Tuesday for his first training session since finishing top scorer at the tournament in India and Critchley is keen to ensure it is business as usual for the 17-year-old.

“There’s certainly no red carpet rolled out for him here,” he told LiverpoolFC.com.

“The experienced staff we’ve got here, good people with the right values, won’t be getting carried away.

“There are a few people in the dressing room who will be keeping a lid on it so he won’t be getting too big for his boots.

“He’s not that type of boy anyway but, if he did, then we’d certainly nip that in the bud.

“There will be no issues with him, we’ll have no problems.

“He’ll come back in and he’ll be the same happy, humble boy he was before he went away.”