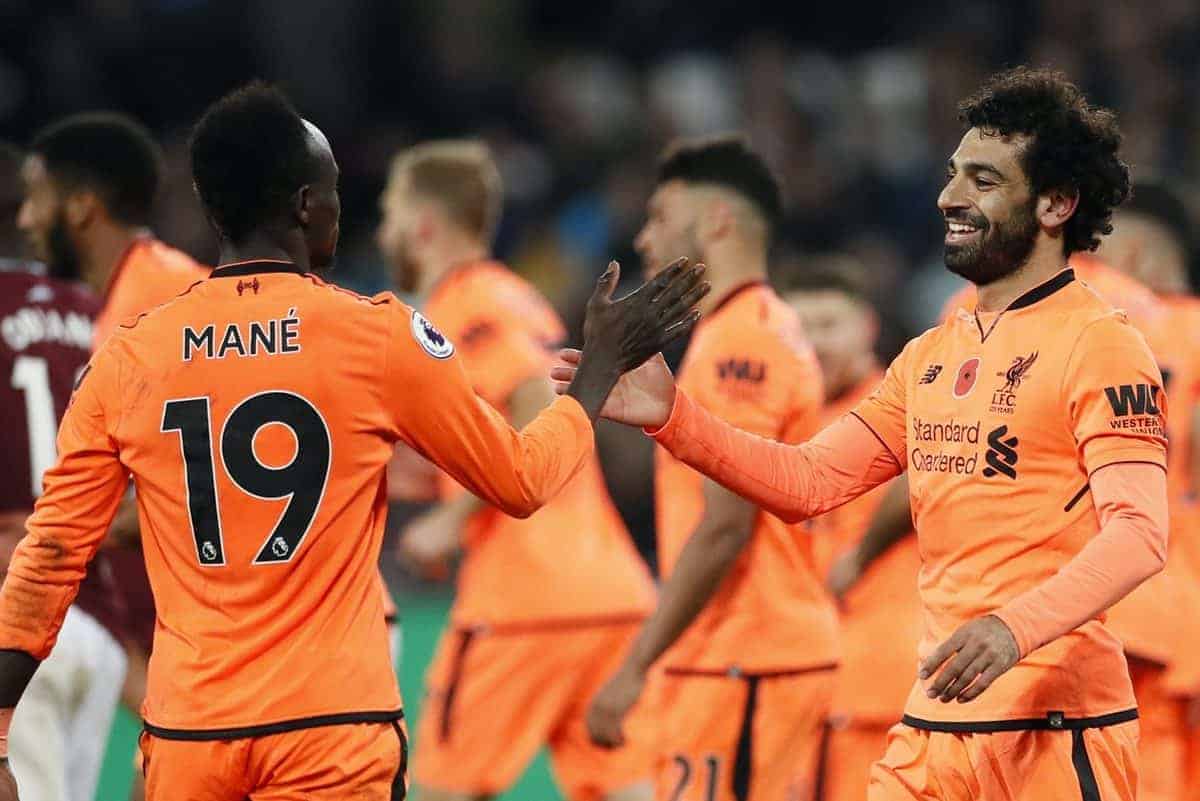 With the strongest squad of the season at Jurgen Klopp’s disposal, the boss has some incredibly strong offensive lineups to select from against Southampton.

Liverpool return to Anfield looking to use the momentum built up before the international break to resume seamlessly with a third straight Premier League win.

Southampton’s arrival – which will see an Anfield reunion for Mauricio Pellegrino – kicks off a hectic period for the Reds, who face 13 games in just 45 days.

Klopp’s side will therefore be desperate for victory to maintain impetus through the gruelling schedule, and begin hitting consistent form in a crucial period.

Klopp has been boosted in his pursuit of that by the returns of several key players, and with the strongest squad of the season and various systems at his disposal, the boss has some exciting lineups available for Saturday’s clash.

As if the restart of the Premier League isn’t exciting enough, Klopp could mark the occasion by fielding one of the strongest lineups of his tenure against the Saints.

Lallana will almost certainly not feature in that, with the boss suggesting the returning midfielder will be used from the bench at some stage with no need to rush him back.

But the wealth and quality of talent available – especially in midfield and attack – gives Klopp several incredibly strong, offensive selections.

A tough job awaits the German in fitting his many match winners into a cohesive lineup, but one way would be return to the usually deployed 4-3-3 system

In front of an unchanged defence, Henderson could replace Gini Wijnaldum to slot back into his deep-lying role to hold midfield, primarily with support from Emre Can.

Having both of the naturally combative duo would open a free-roaming role for Coutinho to wreak havoc and provide ammunition to a lethal front-line of Mane, Mohamed Salah and Roberto Firmino.

Leaving Oxlade-Chamberlain out would be harsh, but such a lineup would give plenty of flexibility – given it could easily become 4-2-2-2 as used at West Ham – and most importantly, adequate defensive security and serious firepower. Switching to the all-out-attack 4-2-2-2 system from the off at London Stadium certainly paid dividends.

And for a winnable game at Anfield, Klopp could be tempted to stick with it in attempt to blitz a Southampton side who proved a nut too tough to crack in four games last season.

It would leave Klopp again facing tough calls with who of his attackers misses out, but selection could be influenced by fitness issues and with one eye on the two huge games that follow.

Meanwhile, slight rotation could come in midfield where Emre Can could make way for Henderson rather than Wijnaldum, keeping the German fresh for the bigger tests against Sevilla and Chelsea.

And the same could arrive in defence, where Alexander-Arnold’s more front-footed approach could be utilised in a game that could become attack versus defence – thus saving Gomez for sterner defensive tests in the next two.

It would perhaps be a very bold selection, but the quality and power of attacking play that would arrive combined with the need for a routine three points make it a gamble worth taking.

Keeping the rest of the Lovren-less defence the same, Liverpool would look like this for a rare 3pm start at Anfield: The first game after an international break is always tough, but the Reds can use the positive form and new-found confidence to earn another crucial three points at Anfield.