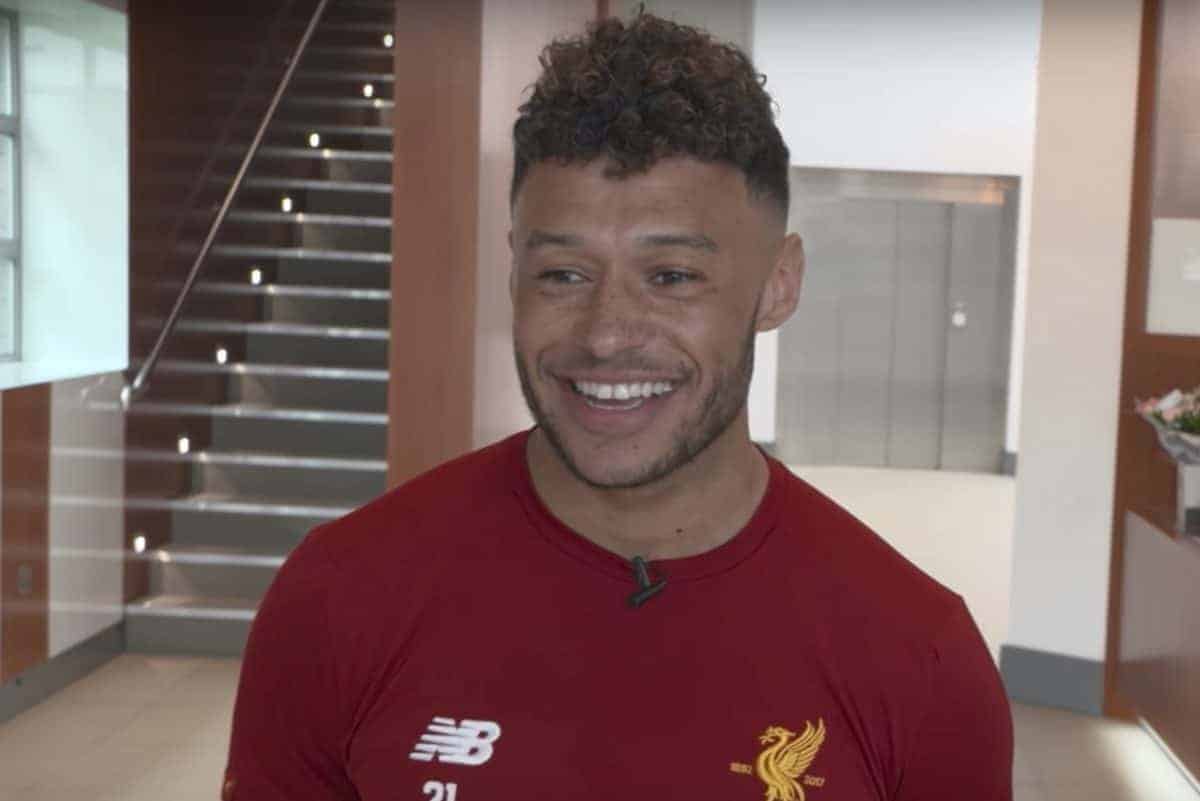 Following his £35 million move to Liverpool in August, Alex Oxlade-Chamberlain spoke to LFCTV as part of their ‘Getting to Know…’ series.

Oxlade-Chamberlain made the switch from Arsenal at the end of the summer transfer window, and has made an impressive impact on Merseyside.

The 24-year-old scored his first Premier League goal for the club on his first league start in Saturday’s 4-1 win away to West Ham, after notching in the Champions League in October.

His performances on the flanks for Jurgen Klopp have provided a welcome alternative to Sadio Mane and Philippe Coutinho during their injury problems.

And with Klopp backing him to become a “really important player” for Liverpool, he looks set for a bright future at Anfield.

Oxlade-Chamberlain discussed his early football memories, his heroes off the pitch and his favourite English words, joking: “Boss, lad!”

The midfielder revealed his ambitions for life with Liverpool and England, setting his sights on the Premier League and Champions League trophies.

“[I want to] become the best player I can be, and get to where I hope to be able to get to, and think I can get to,” he said.

“And I want to win the Premier League, that’s always been massive, and the Champions League, and everything—let’s just go and win it, how about that?”

Oxlade-Chamberlain also revealed his most embarrassing moment in football, recalling a case of “mistaken identity” when he avoided a red card for Arsenal in 2014.

Kieran Gibbs was sent off despite Oxlade-Chamberlain handling the ball on the line, with referee Andre Marriner later forced to apologise for his error.