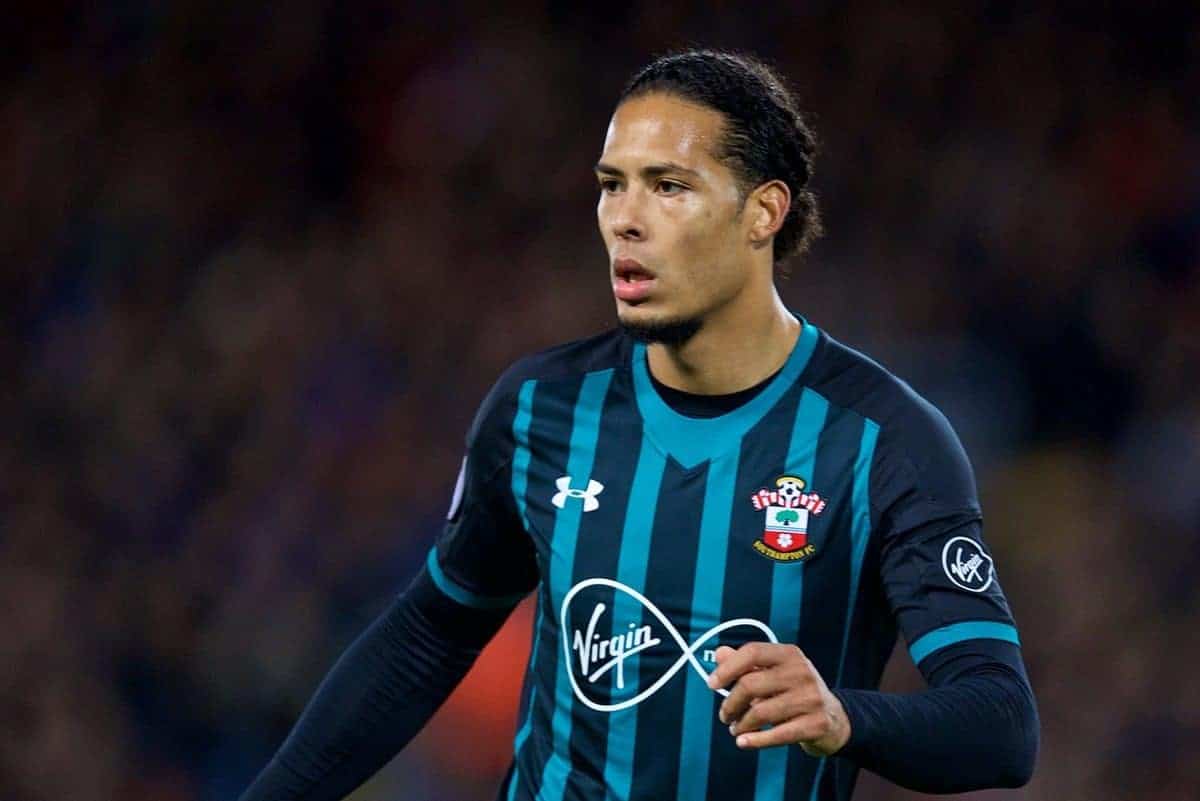 Liverpool have confirmed their £75 million deal to sign Southampton centre-back Virgil van Dijk, with the Dutchman set to join on January 1.

And they have now announced the signing, with Van Dijk set to wear the No. 4 shirt.

The deal will reportedly see Liverpool pay Southampton £70 million up front, with this later rising to £75 million.

Van Dijk underwent a medical on Wednesday afternoon, and is set to sign a four-and-a-half-year, £180,000-a-week contract that will make him the club’s highest earner.

He takes over from Philippe Coutinho, who penned a £150,000-a-week deal in January, with Van Dijk set to stay at Anfield until at least 2022.

The 26-year-old will join Liverpool on the turn of the year, becoming the most expensive signing in the club’s history.

It is also the world-record deal for a defender, eclipsing the £54 million paid by Man City for Kyle Walker in the summer.

Van Dijk will arrive in time for the Reds’ trip to take on Burnley in the Premier League on New Year’s Day, and having returned to full fitness after injury issues this season, could be in line for his debut.

However, it may be that he is reserved for the FA Cup third-round clash with Everton on January 5, particularly depending on registration issues.

He is likely to partner Joel Matip as part of Klopp’s first-choice centre-back pairing, seeing another former Saints defender, Dejan Lovren, demoted to a covering role.