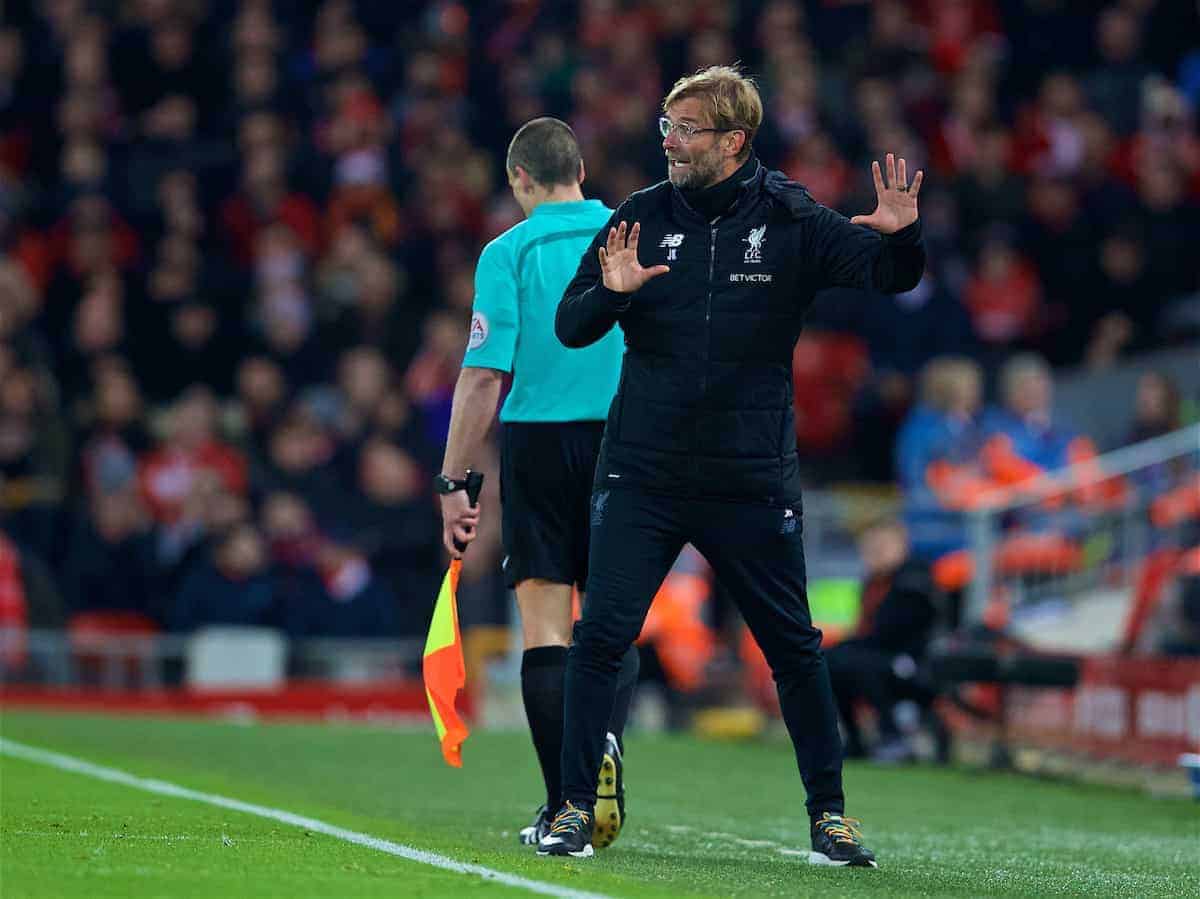 Jurgen Klopp was pleased with his team’s second-half showing and says the Reds had to work hard for their 5-0 win over Swansea City.

Four goals in the second 45 minutes saw the Premier League‘s bottom side hammered 5-0 at Anfield.

The visitors, who sacked Paul Clement last week, looked rudderless on the pitch and the fact they were only one goal down at half-time owed more to Liverpool’s lacklustre performance than any tactical game-plan.

What was telling, however, was the hosts did not have to work that hard to score four times – including two in as many minutes – after the break.

Philippe Coutinho, captain in the absence of the injured Jordan Henderson, scored on his 200th appearance for the club after just six minutes.

But it was not until the second half that the floodgates opened with Roberto Firmino scoring either side of a brilliant strike from Trent Alexander-Arnold, with Alex Oxlade-Chamberlain completing the rout eight minutes from time. Manager Jurgen Klopp was pleased his players were able to rectify their mistakes of the first half.

“Even in a not really good first half, we had enough chances to score two or three goals,” he said. “That should be enough.

“I was not disappointed at half-time but we had to defend the situations better, we had to be more compact and in a few moments we were man-orientated, which is only allowed in our own box.

“In the second half we were better. I think the first three goals were from counter-pressing situations, that’s good and it looks like when you see the result is 5-0 that it was an easy game but it wasn’t an easy game.

“It was really hard work – I’ve no problem with that. I’m really happy with what we learned from the game.

“It is a perfect result for us, nobody injured I don’t think. Important three points, five goals, clean sheet so it’s all good.”