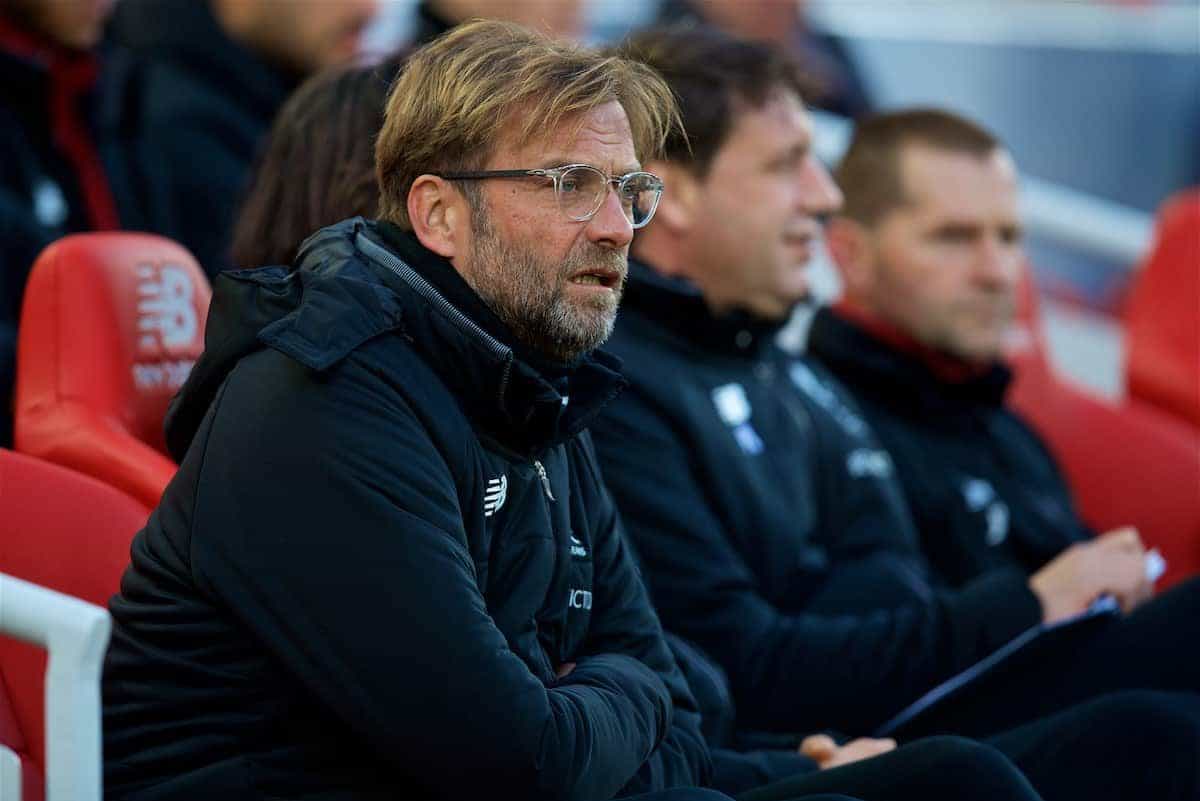 Jurgen Klopp said any bad blood with Sam Allardyce was in the past as he welcomed the appointment of the new Everton manager.

Klopp and Allardyce clashed verbally when the latter was manager of Sunderland two seasons ago.

Allardyce branded Klopp a “soft German” after the Liverpool boss was so incensed by a tackle from Jermaine Lens on Mamadou Sakho that police stepped in to calm the tension between the two benches.

Allardyce then apologised after claiming Liverpool’s injury problems were down to Klopp’s style of play.

The pair do not have long to wait for their next touchline encounter, with the first Merseyside derby of the season taking place at Anfield on December 10.

Everton‘s struggles mean the teams are unlikely to be direct rivals this season, and Klopp insisted he wants Allardyce to change that.

The Reds manager said: “With Sam I have kind of a history, when he was at Sunderland and he said something after the game then he had to row back, not for me, only because we are in the public.

“Then he was the manager of the England national team and we had a very good relationship in his short term.

“I’m happy for him, it’s good for us when Everton is in a good moment.

“They shouldn’t be in a better moment than we are, but in a good moment it’s important for us and I think the whole city.”

Klopp, meanwhile, held his hands up and admitted he was wrong to back up Martin Atkinson’s decision not to send off Simon Mignolet during Liverpool’s midweek win over Stoke.

The Reds goalkeeper was only shown a yellow card for fouling Mame Biram Diouf just outside the area when he appeared to be the last man, leaving Stoke manager Mark Hughes incensed.

Klopp argued Atkinson had made the right call after the match but has now changed his mind, although he does not support Hughes’ demand for the referee to be stood down this weekend.

“I saw it after the game, I was 100 per ent sure it was the right decision because I thought Joe Gomez was in a different position.

“It was pretty much a 100 percent goal. If there’s a red card for Simon Mignolet, we probably cannot argue.

“So I understand that he [Hughes] is not happy but I don’t think referees need to be more punished than they are already. Everybody’s talking about them all the time.” Liverpool face Brighton on Saturday looking to continue a run that has seen them win five of their last seven games.

Mohamed Salah scored another brace against Stoke—despite not coming off the bench until the 67th minute—taking his tally for the season to 17.

Klopp is understandably thrilled with the impact made by the Egyptian since his move from Roma but described comparisons with Luis Suarez as pointless.

Salah could well return to the starting line-up at the Amex Stadium but Liverpool are set to be without Joel Matip, who has a muscle problem.

Fellow defender Ragnar Klavan has been unwell but Klopp is hopeful he will have recovered.