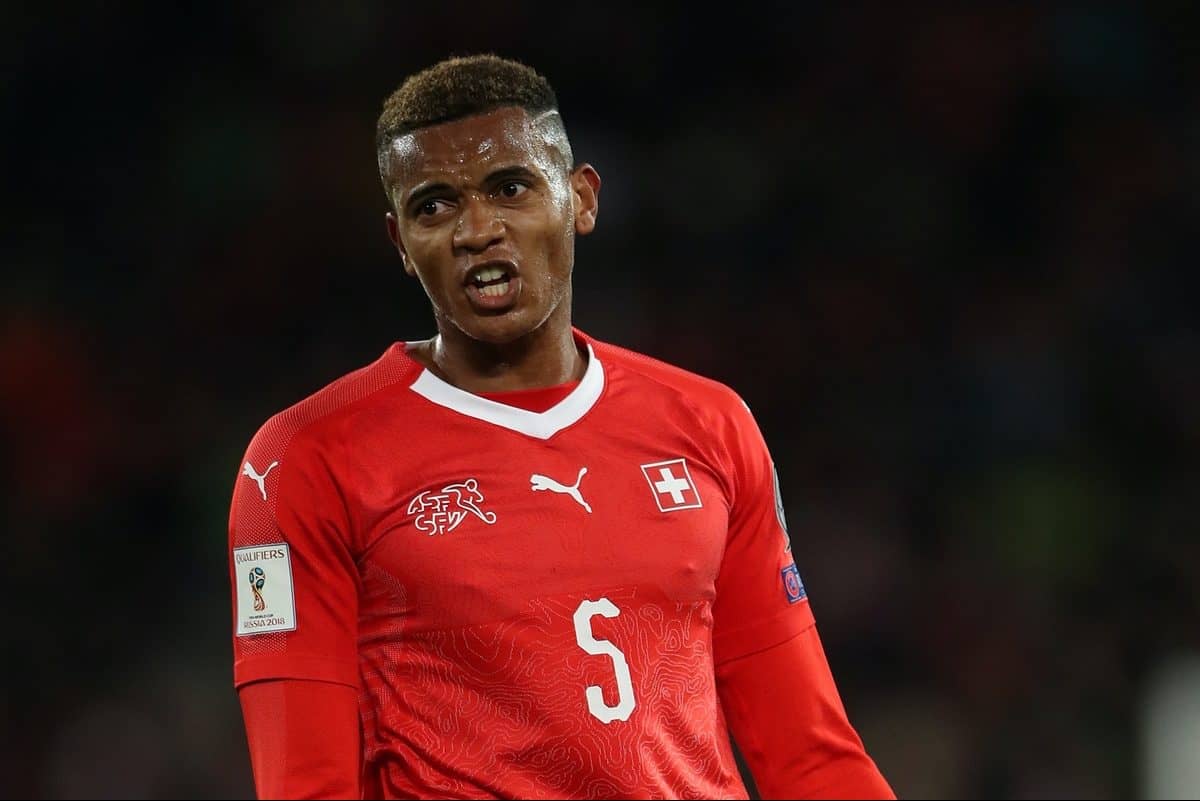 Liverpool have reportedly set their sights on a fresh face in their pursuit of a new centre-back, in the form of Basel youngster Manuel Akanji.

The Reds are said to be lining up a move for the Switzerland international, with Jurgen Klopp‘s former side Borussia Dortmund also interested.

This highlights the need to add another centre-back in the near future, whether or not Joe Gomez makes his anticipated switch to his favoured role.

And with Man City competing with Liverpool for priority target Virgil van Dijk, a summer move for Akanji could provide Klopp with an alternative.

But who is the 22-year-old, and what would he bring to Merseyside if he did make the switch?

Who is Manuel Akanji? Son to a Nigerian father and Swiss mother, Akanji was born in Zurich municipality Wiesendangen in 1995, and was encouraged to follow his passion for sport from a young age.

His early calling didn’t come in football, however, despite his sister’s success in the Women’s Nationalliga A; instead, Akanji began in track and field and tennis, before switching sports at 13.

After three years in the youth ranks with local side FC Wiesendangen, Akanji made the move to FC Winterthur in 2007, though he considered himself an “average player” as a youngster.

It wasn’t until 17 that Akanji began to find his feet as a defender, attributing a “growth spurt” to his swift rise through the ranks, making his senior debut in the Challenge League in 2014.

The youngster credits playing on a regular basis in the Swiss second tier, and Seeberger’s unwavering faith in his ability, as integral to his development.

“I was able to develop my skills at my own pace. They let me play even when I was having a tough time instead of simply cutting me from the team,” he told Credit Suisse in 2017, after being named the Swiss Rookie of the Year.

“Big clubs have fierce competition, and many talented players are left behind.”

But by 2015, Akanji was ready to make the step up, joining nine-time Swiss champions Basel where, after a lengthy spell out with an ACL injury, he has established himself as a key player.

What kind of centre-back is he? Akanji is a 6’2″, physically imposing centre-back, with pace to burn and the ability to play the ball out of the back with both feet.

Former Basel athletic director Georg Heinz described Akanji as a player with “limitless potential,” and at 22 he already has four caps for the Swiss national team.

With compatriots Fabian Schar, Johan Djourou, Philippe Senderos and Timm Klose struggling to live up to expectations in recent years, Akanji is battling with precedent.

But he is a level-headed young player not fazed by pressure, and is aware of his strengths and weaknesses.

In his own words, Akanji believes he is “pretty fast and OK at tackling and attacking,” while he feels he could improve his “heading skills in attack and tactics in defence.”

Akanji’s pace is arguably his most useful asset, allowing him to operate in a high defensive line, while his long-range passing provides a valuable outlet.

And with Basel switching between 3-4-3 and 4-2-3-1 systems this season his tactical flexibility is improving.

In many ways, Akanji is comparable with former Reds centre-back Tiago Ilori, who arrived with vast potential in 2013; a lithe, cultured defender earmarked as Liverpool’s future.

But where Ilori failed to establish himself, eventually joining Reading in January, Akanji is considerably further ahead in his development, and could be an interesting addition to Klopp’s squad.

Should Liverpool make the move? Though Klopp recently attested that his side are now “more responsible” in their defensive efforts, it is clear that Liverpool still need to sign a new centre-back, or two.

The ideal addition would be Van Dijk, and the hope will be that Southampton are more receptive to negotiations in the January transfer window.

But with City also chasing the 26-year-old, who is reportedly Pep Guardiola’s No. 1 defensive target, Klopp would be wise to weigh up alternatives.

Akanji certainly comes out of the left-field, but despite his youth he is already a regular for a title-winning Basel side competing in the Champions League, and a Switzerland international.

And while Heinz’s suggestion of “limitless potential” comes with more than a measure of hyperbole, Akanji is a player who could continue to grow if he made the move to Merseyside.

With Gomez also primed to step into the heart of the defence at some stage, Klopp could call upon a pair of highly talented young centre-backs in the future.

Akanji’s two-footedness is a major positive, allowing him to operate at either the left or the right of the central pairing, as well as in a three-man defensive line.

And courting interest from Dortmund is a clear sign of his potential, with Michael Zorc’s ability to spot a hidden gem fuelling Klopp’s success in Germany.

Provided he doesn’t command a ridiculous fee, Akanji would be a strong signing for Liverpool.