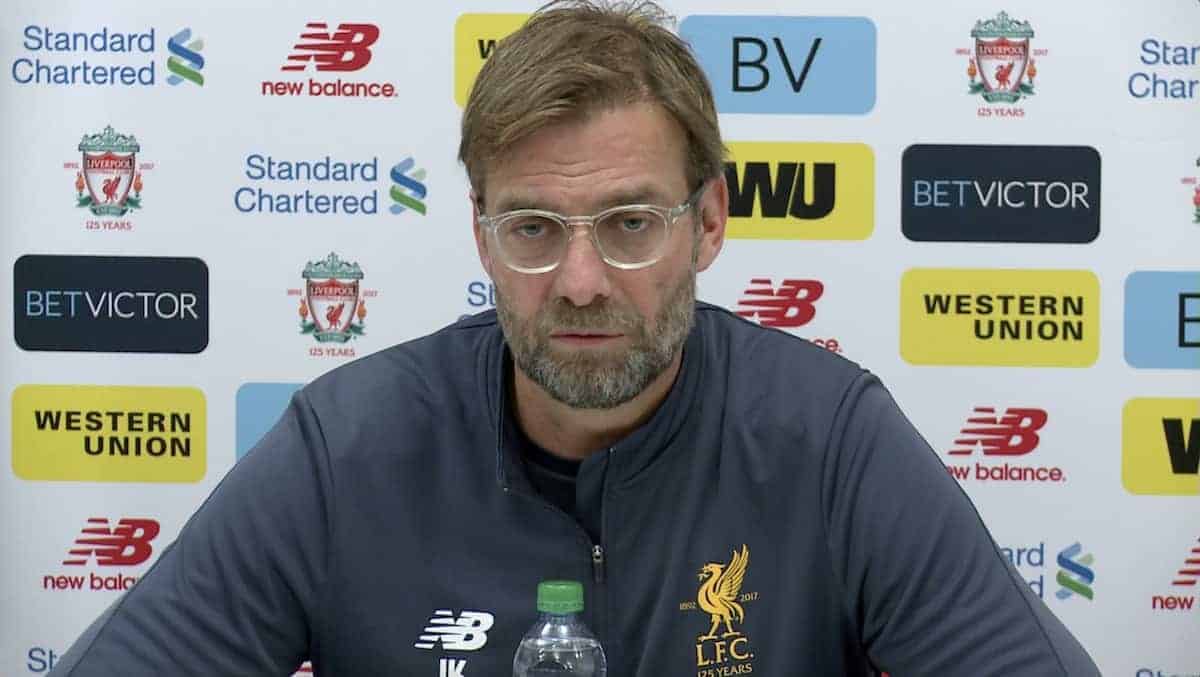 The Reds round off 2017 by taking on Claude Puel’s Foxes at Anfield on Saturday afternoon, looking to keep their place in the league’s top four going into the new year.

Liverpool are currently unbeaten in 14 games, having won 5-0 at home to Swansea City last time out on Boxing Day, and will be eager to add another to their tally.

But speaking at Melwood on Friday afternoon, Klopp acknowledged the threat of an ever-improving Leicester.

“[They are] on a good way, a football-playing side [with] real development since Claude Puel is in,” he told reporters.

“The main strength is still the same: good organisation and an incredible threat in counter-attacking.

“The speed with Jamie Vardy, [Riyad] Mahrez and now [Demarai] Gray probably involved in the first lineup. It will be difficult that’s for sure.

“They didn’t have the results in the first games [of the season], but that only means they are greedy or desperate for a result now.

“It doesn’t make a big difference if they play at Liverpool or at home, they need the points.”

After Saturday, Liverpool play twice more in six days, taking on Burnley and Everton, before an eight-day break in January.

Their performances over the next week will therefore be crucial, so they can keep up momentum before their clash with Man City at Anfield on January 14.