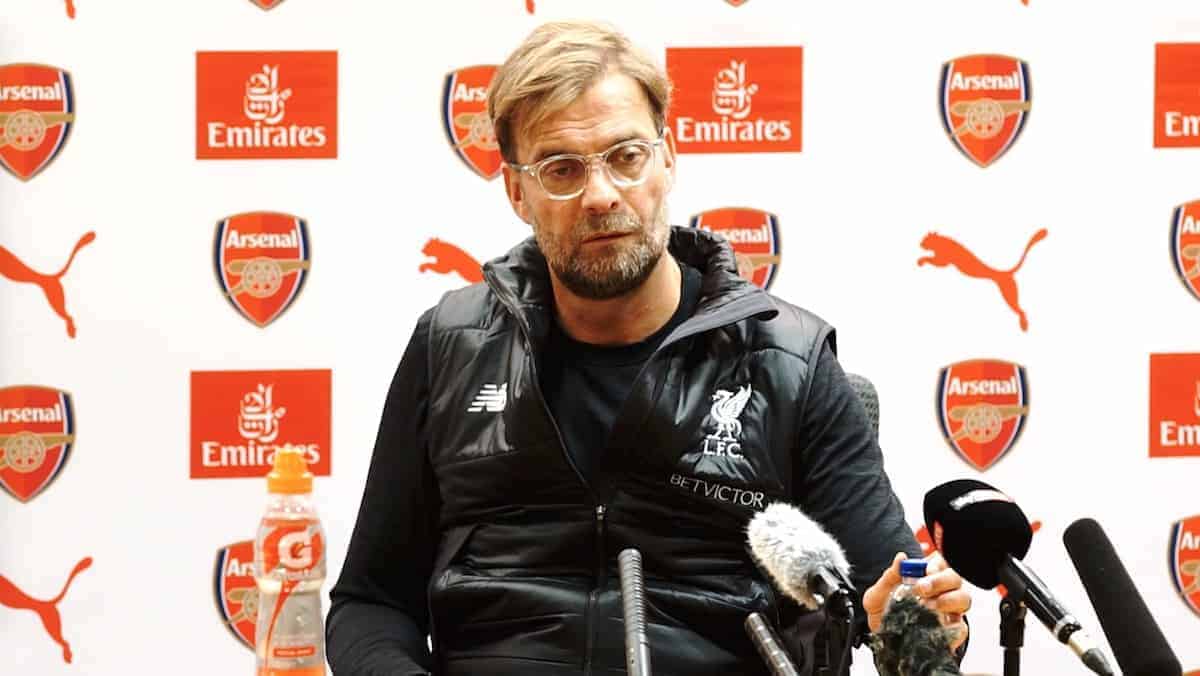 The Reds were held to a disappointing 3-3 draw away to Arsenal on Friday night, with another two-goal lead slipping when Klopp’s side looked to be in control.

After Philippe Coutinho and Mohamed Salah put the visitors ahead, a quick-fire treble from Alexis Sanchez, Granit Xhaka and Mesut Ozil gave the Gunners a shock lead.

And while Roberto Firmino salvaged a point late on, Klopp was clearly still reeling as he held his pre-Swansea press conference directly after at the Emirates.

Quickly turning his attention to Boxing Day, the 50-year-old acknowledged the threat the Swans will pose.

“It’s a difficult game to play. We know that, because there are no easy games,” he told reporters.

“Swansea, if they win [on Saturday] or not, they are under pressure, because they fight for [their place in] the league, 100 percent.

“But we will be ready, and we will perform if possible like tonight and avoid the mistakes we made tonight.”

Klopp also moved to rule out Jordan Henderson after the captain limped off early on in north London with a hamstring injury.

And he highlighted the similarities between his start in management and the potential for Leon Britton to take over as long-term manager at Swansea, after 15 years there as a player.