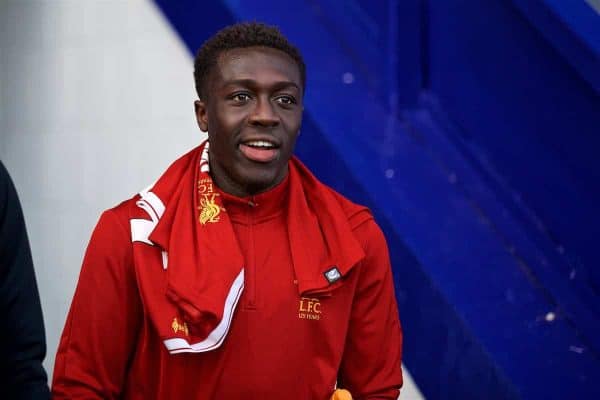 Dutch winger Bobby Adekanye produced a bright display as the Liverpool U23s sealed a 4-1 win over Charlton Athletic in the Premier League Cup.

After the U18s’ 3-2 defeat to Arsenal in the FA Youth Cup on Saturday afternoon, Neil Critchley‘s U23s took to Chester in the pouring rain seeking to secure a cup victory.

Marred by a host of loan departures this month, Critchley named a experimental side that saw Adekanye and Yan Dhanda start as wing-backs in a 3-4-3 formation.

It proved to be an energising move for the duo, with Adekanye putting the young Reds ahead on 19 minutes, firing home from Dhanda’s cross.

Critchley was dealt another blow just after the half-hour mark when Portuguese midfielder Paulo Alves was forced off through injury, but his withdrawal provided young hopeful Luis Longstaff his U23 debut.

Liverpool kept up the momentum despite Alves’ early exit, and Adekanye soon doubled his tally and the hosts’ lead with a header from Herbie Kane’s delivery.

A physical Charlton side ensured they remained in the hunt just before the break, however, with former Stevenage winger Louis-Michel Yamfam reducing the deficit with seconds to spare.

The U23s continued their drive after half-time, though, with Toni Gomes—having returned from an ill-fated loan spell with Forest Green Rovers last month—restoring the two-goal lead six minutes from kickoff.

And shortly after Harry Wilson had added another, found one-on-one with Ashley Maynard-Brewer following Juanma’s exquisite long pass to dink it over the goalkeeper and in.

Liverpool produced a surprisingly strong display in miserable conditions, with the threat of the game being called off looming.

Critchley’s side nearly grabbed another in a penalty-box scramble as the clash entered its closing stages, but Maynard-Brewer was alive to the danger and gathered the loose ball.

And though the young Reds had to weather a late storm from the Addicks, they ended up comfortable victors on the cup stage.