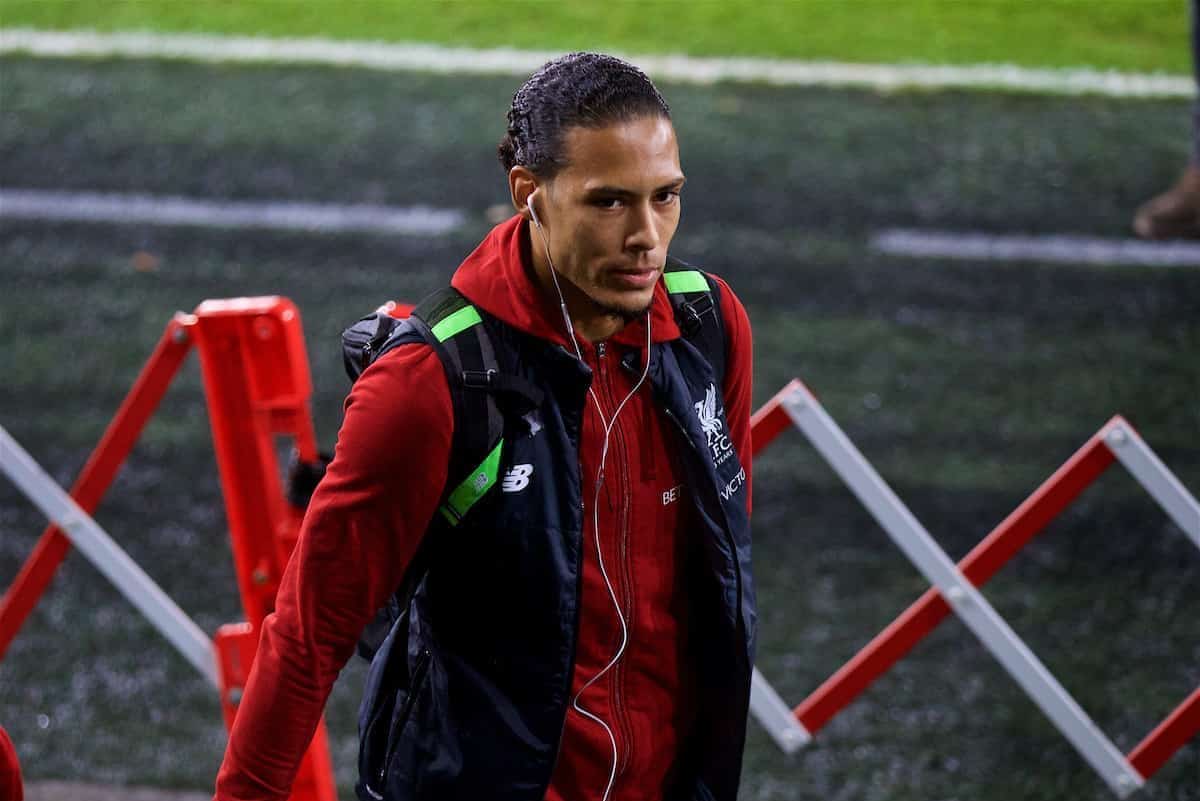 Emre Can captains Liverpool as they face Swansea City at the Liberty Stadium on Monday evening.

The Swans prop up the Premier League table after winning just four times all season, and only twice on home soil.

They are six points from safety heading into the game, though taking four points from their last three matches at least gives them some hope going forward.

Liverpool are 18 matches unbeaten after seeing off table-topping Manchester City at Anfield last time out, a polar-opposite match to Monday evening’s affair.

As they seek to add to that number, Jurgen Klopp has recalled fit-again centre-back Virgil van Dijk as the Reds make just one change to the starting lineup.

Loris Karius continues in goal, with another opportunity to showcase his worth to doubters.

Emre Can anchors the midfield and wears the captain’s armband, with Gini Wijnaldum and Alex Oxlade-Chamberlain in the centre alongside the German.