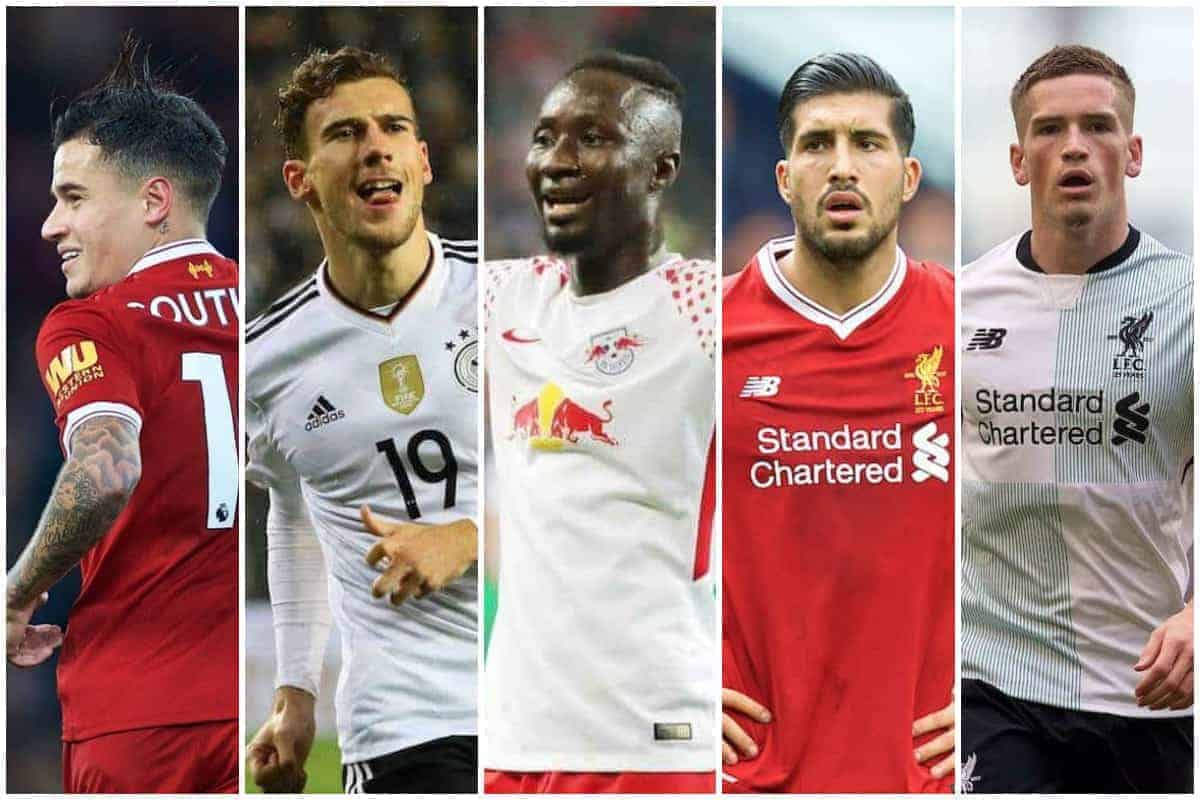 We round up the latest Liverpool transfer news and rumours as Philippe Coutinho‘s future is once again under speculation this January window.

The Reds kicked off the year with a dramatic 2-1 win away to Burnley, and Jurgen Klopp is now setting his sights on Friday’s FA Cup third-round clash with Everton.

That night at Anfield could see new signing Virgil van Dijk make his debut, with the Dutchman having completed his £75 million move from Southampton on New Year’s Day.

It remains to be seen whether Liverpool are planning any further deals this month, but that won’t quell talk of possible moves.

And, as ever, key names and peripheral figures are touted with a winter exit, so here’s the latest from the rumour mill. Absent from Turf Moor on Monday afternoon, Philippe Coutinho didn’t make the trip to Lancashire while he recovers from a minor thigh injury.

But while Klopp suggested this layoff could spill over into the Merseyside derby, Coutinho’s spell out has further fuelled talk of his imminent departure to Barcelona.

This comes both in Spain and on English shores, with Sport claiming Coutinho “does not want to play with Liverpool again,” and Mundo Deportivo suggesting a €150 million deal is in the offing.

More reliable, however, is Goal’s Melissa Reddy, who writes that Coutinho is “resolute” in pushing for a move, with the Reds now less reluctant to allow his departure.

It must be stressed, though, that any deal should be for next summer, and according to the Guardian, Liverpool would demand at least £130 million.

Reds Given Boost in Goretzka Pursuit Sources in both Spain and Germany claimed on New Year’s Eve that Liverpool target Leon Goretzka had agreed a deal to join Bayern Munich next summer.

This was corroborated by Bundesliga expert Raphael Honigstein, who claimed that “it’s done.”

But since then, both Schalke and the player’s representatives have stressed that no move had been finalised, with soon-to-be free agent Goretzka on the radar of a host of top clubs.

“Leon has not informed us that he has decided to change, and I trust Leon and his advisor, with whom I was in contact yesterday,” Schalke sporting director Christian Heidel told SPORT1.

The midfielder’s agent, Jorg Neubauer added: “If the decision has been made, Leon and I will first of all inform Schalke.”

Along with Liverpool and Bayern, Barcelona, Juventus and Man United are all said to be chasing Goretzka’s signature, with previous reports hinting that he would prefer a move to Anfield.

But there had been suggestions the Reds would look to negotiate an early release from the German club, with Keita eager to move.

Leipzig CEO Oliver Mintzlaff has emphatically rejected these claims, however, with Keita set to stay until July.

“Neither Naby nor his agent have made the request to leave the club in the winter,” he told Bild. “There are contracts, and they say that he will be a Liverpool employee from July 1 onwards.”

Mintzlaff later added that “it’s not Naby’s disposition” to agitate for an early exit. Keita’s arrival will likely accommodate the departure of Emre Can, with the German now in the final six months of his deal with Liverpool.

Can is no closer to agreeing an extension for his current contract, and is now free to discuss pre-contract terms with clubs around Europe.

Juventus are believed to be leading the pursuit, with Borussia Dortmund already interested, but the Serie A giants’ manager, Massimiliano Allegri, is not interested in a move this January.

“Emre Can? I’ve asked nothing of the club,” he told reporters on Tuesday.

“We have an important squad. It is important not to lower the quality of the team and remain focused on our targets.”

With Juventus sitting one point behind league leaders Napoli after 19 games, Allegri is clearly content with his current squad—with any signings, including Can, more likely in the summer.

Liverpool winger Ryan Kent has endured a tough first half of the season on loan with Bundesliga side SC Freiburg.

The 21-year-old featured just seven times for the German outfit, failing to make a single outing in December before the winter break.

And with Freiburg set for a mid-season training camp in Andalusia, kicker claim that Kent won’t be part of Christian Streich’s travelling squad, instead remaining on Merseyside.

It is believed that Kent’s season-long loan will be cut short, opening up the prospect of either another move or a place in Klopp’s first team in 2018.

Klopp was eager to retain Kent’s services before he left for Freiburg in August, and the youngster would certainly swell his options in attack.

While Kent could return from his loan spell in January, another player who could seal a temporary move away is Marko Grujic.

The Serbian midfielder has played just six times for the Reds so far this season, with his last appearance coming in the 5-1 win away to Brighton a month ago, lasting just one minute.

Klopp has suggested Grujic could be among those to leave in search of regular first-team football in the coming weeks, and according to CNN Turk, Fenerbahce are interested in a deal.

The Turkish side are reportedly set to make an approach, with a €1 million loan fee mooted to bring the 21-year-old to Istanbul for the next six months.

However, Grujic’s agent previously vowed that he would only join another English club, citing the struggle Lazar Markovic has experienced having spent time with Fener and Sporting CP.