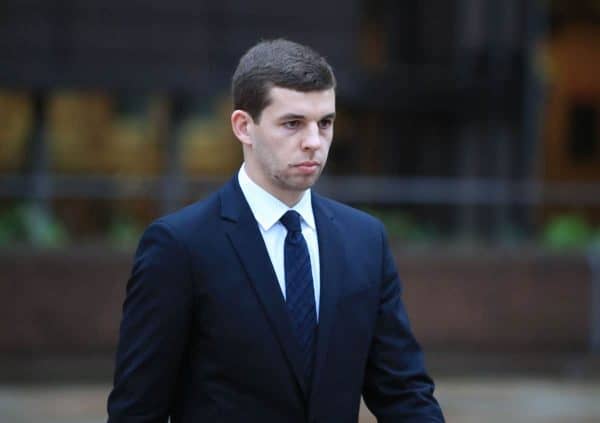 Liverpool have reportedly decided not to terminate the contract of Jon Flanagan, following Wednesday’s sentencing for assaulting his girlfriend last month.

Flanagan was charged with assault on the morning of December 22, and later sentenced to 40 hours of unpaid work and a 12-month community order.

In a statement released by Liverpool on Wednesday the club condemned Flanagan’s action “in the strongest possible terms,” having “severely let down the club he had previously represented with distinction.”

They also revealed they were exploring their options for “internal disciplinary action,” but according to multiple sources this will not see Flanagan’s position terminated.

The the Mail, the Telegraph, and the Liverpool Echo all report that the defender will not be dismissed.

“The club believes it has a responsibility to help his rehabilitation after he pleaded guilty,” the Echo‘s Andy Kelly writes.

“The player’s own instant admission of guilt and subsequent contrition and remorse were all factors in the club’s decision.”

Flanagan has 18 months left on his current contract with the Reds, but has made just nine first-team appearances in the past three-and-a-half seasons.

This comes after a series of debilitating long-term injuries that saw the academy product miss the majority of the 2014/15 and 2015/16 campaigns.

Last term was spent on loan with Burnley, but Flanagan featured a mere 10 times for the Clarets, failing to establish himself under Sean Dyche and, therefore, failing to secure a permanent move.

He is available on loan this month, and it could be that part of Flanagan’s rehabilitation is a half-season spent away from Anfield, likely in the Championship or League One.

Given the extensive competition in Jurgen Klopp‘s squad at both left- and right-back, the versatile full-back has no chance of playing for Liverpool this season.

Joe Gomez, Trent Alexander-Arnold, Alberto Moreno, Andrew Robertson, James Milner and Nathaniel Clyne are all rightly ahead of Flanagan in the pecking order.