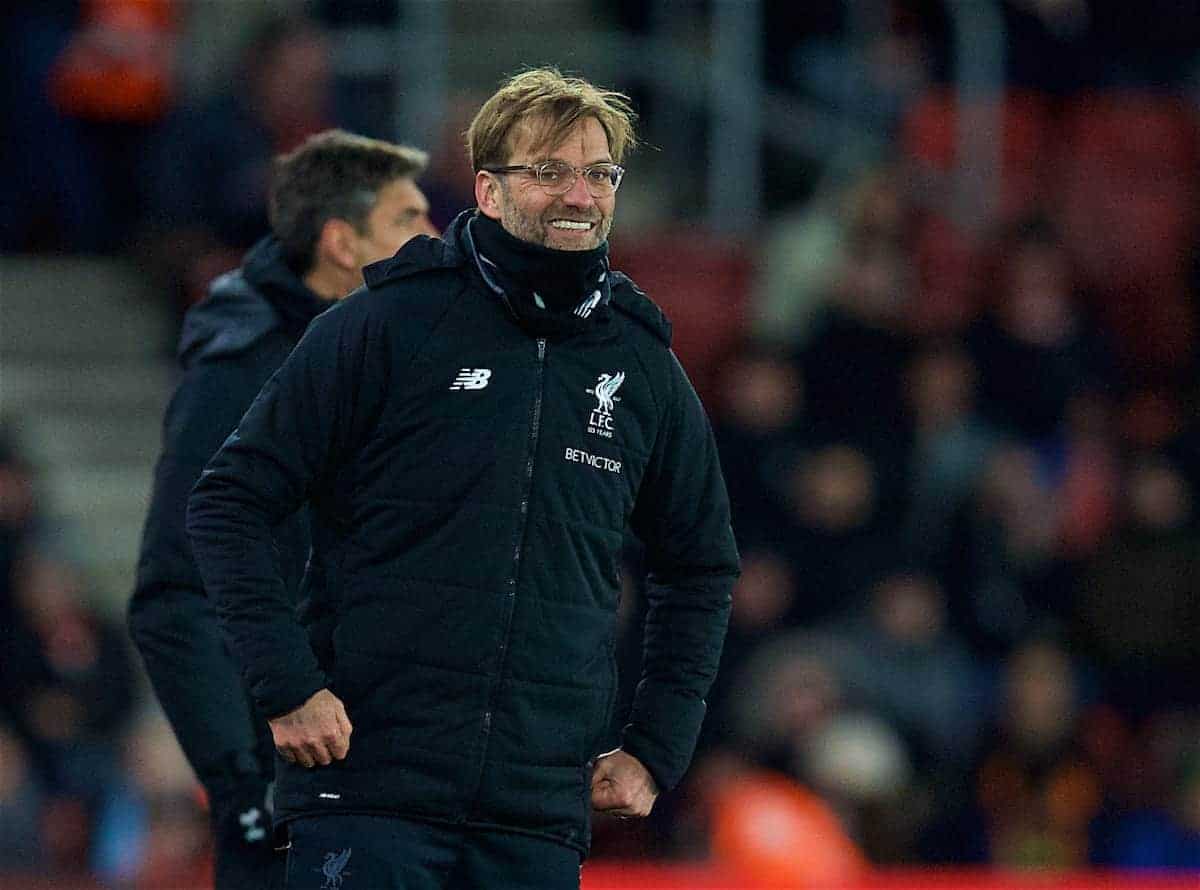 Liverpool moved within two points of second place following victory against Southampton at St Mary’s on an ideal Sunday afternoon for the Reds.

A clean sheet, a 2-0 win, Man United losing – it was an ideal Sunday ahead of Wednesday’s return to Champions League action.

Roberto Firmino put Liverpool ahead after just six minutes when Mohamed Salah took advantage of a three-on-one break and slipped it inside for the Brazilian to slot into the net.

The Brazilian then produced one of the assists of the season when his back-heel set up Salah on the stroke of half-time.

Despite moments of sloppiness, Liverpool held on to record a comfortable victory and consolidated their position in the top four.

Finally, we can put to bed the nonsensical narrative around Liverpool needing a 20-goal striker. Firmino on 20, Salah on 29, with more than 3 months of the season still to play.

That is one of the best assists you'll ever see.

That is sensational by Firmino. Even Shania Twain would've been impressed by it.

“Gini has nothing about him at all.” – Zag on the forums.

At full-time, fans were relieved with the victory and there was further praise for Firmino and Salah…

Job done. Pleased with how we controlled that 2nd half. Perfect away performance. On to Porto.

“Just the sort of game we needed before Porto!” – j75j on the forums.

Couldn’t have wished for a better after noon all told. United losing, and a solid win with a clean sheet. Back in third, Jose in our sights. Let’s finish 2nd lads???

Excellent, efficient performance by @LFC. Thankfully no issues this Sunday in contrast to a week ago! #SOULIV #YNWA #LFC

“Three points, two goals, one clean sheet – and that was at 60% intensity!” – LFC4ever on the forums.

Very comfortable second-half in the end. Saw it out well, with Klopp ensuring the game finished with all the former-Saints players on the pitch just to add insult to injury. Big 3 points, that.

Virgil van Dijk brilliant today under big scrutiny – won everything and was brave in possession. We never seem to win 2-0 either do we?

Virgil can Dijk is brilliant. Pass it on.

“We did our bit and so did Rafa! A good evening.” – Red One on the forums.

Fantastic result for #LFC Van Dijk commanded the team in the absence of Hendo while Salah & Firmino did the bizz up front. 2 PTS behind #MUFC now. ??