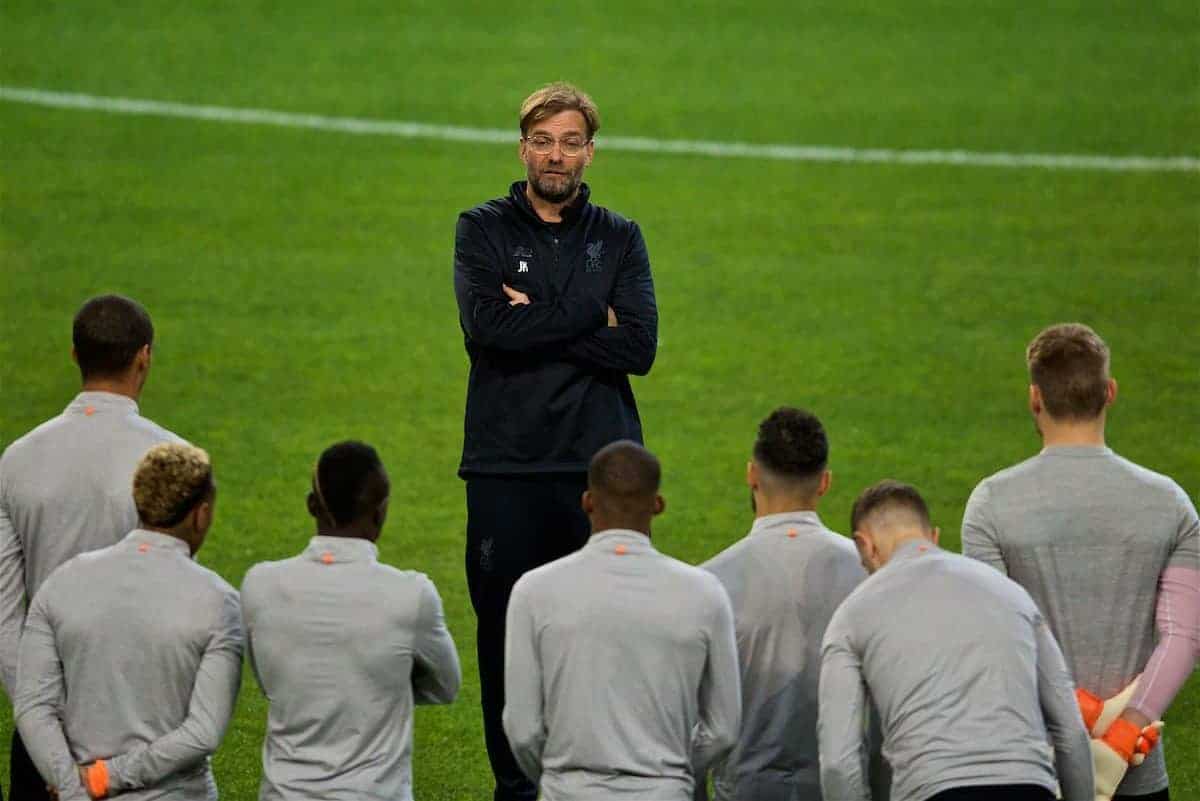 The Reds blitzed their Portuguese opponents in the first leg at the Estadio do Dragao, with a Sadio Mane hat-trick added to by goals from Mohamed Salah and Roberto Firmino.

The comfortable manner of their display on the continent took many by surprise, with Porto an accomplished European outfit.

But now it seems as though Klopp’s side have at least one foot in the quarter-finals, as their opponents would need to score five unanswered goals at Anfield to turn the game on its head.

This has led to speculation over possible rotation for the March 6 tie, with the likes of Adam Lallana, Danny Ings and Dominic Solanke among those hopeful of a rare start.

Klopp claims, however, than he won’t “rest” any of his squad, despite a trip to take on top-four rivals Man United coming just four days later.

“Another week now for Newcastle, then Porto and United in one week. All the people before the Porto game will tell me, ‘Now you can rest him, him and him’,” he told reporters on Saturday.

“Arsenal for example, that’s so unfair. They were through in the tie and had a final on Sunday yet I only hear after the game things like, ‘wow that was embarrassing against a Swedish team’.

“But they are through in the tie and played a final on Sunday. But Klopp’s insistence that he won’t be rotating his side to avoid fatigue merely serves to further his praise of Liverpool’s squad depth.

His reference of criticism over Arsenal‘s changes for back-to-back Europa League last-16 clashes Ostersund as “so unfair” indicates he will take a similar approach.

The German has previously stressed how the likes of Ings, Solanke, Ben Woodburn and Ragnar Klavan are “unbelievable” options, making it “more and more difficult” to decide on a lineup.

However, to interpret his most recent comments as suggesting some of his key players won’t sit out would be remiss.

Changes are unlikely to be wholesale, but fielding effectively the same side against Newcastle (March 3), Porto (March 6) and United (March 10) would be negligent.

Klopp will be aware of this: during the Reds’ most recent congested run, playing Swansea City, West Brom and Huddersfield Town over the space of nine days last month, he made nine changes over two games.

With competent options like Dejan Lovren and Alberto Moreno waiting in the wings, it is highly likely some of his more regular faces will be rested.