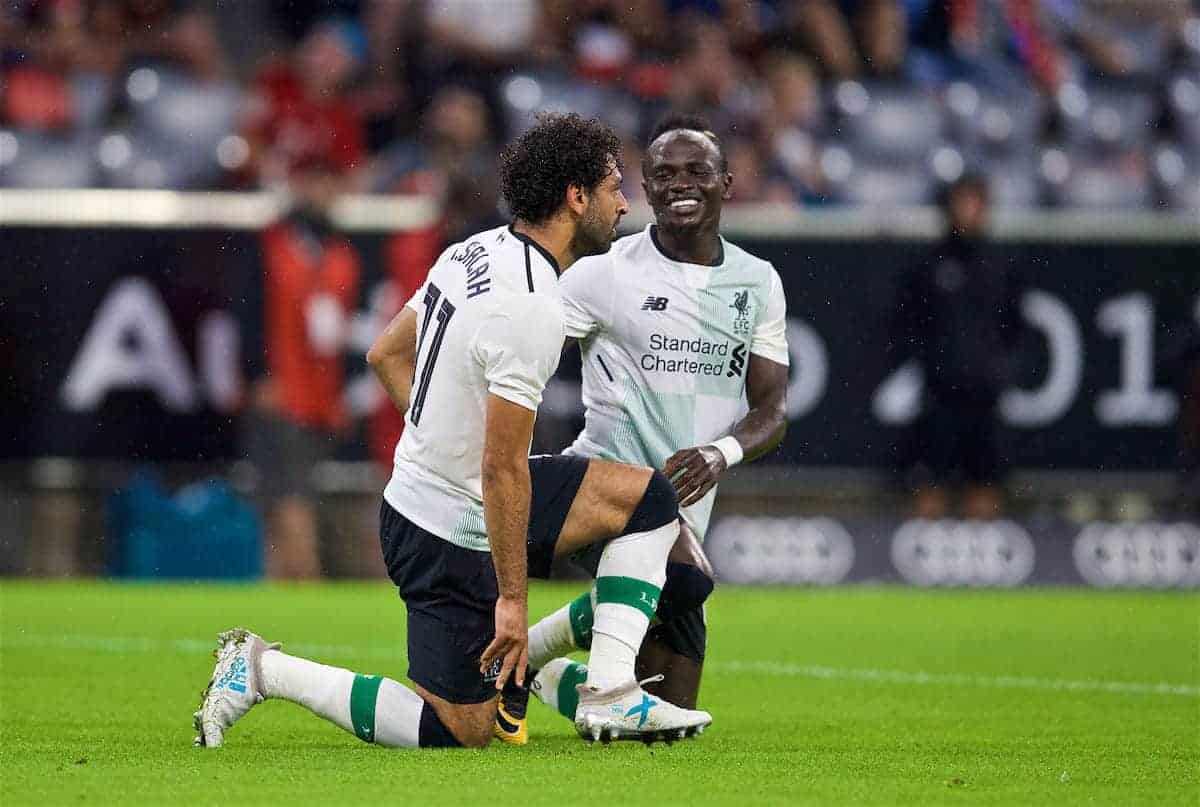 The Reds haven’t always nailed their transfer business over the years, but both Mane and Salah have proven to be magnificent signings.

Between them, they have scored 55 goals in 93 appearances for the club, and their pace and directness has helped Jurgen Klopp build one of Europe’s most formidable attacking units.

Philippe Coutinho‘s exit to Barcelona last month once again highlighted Liverpool’s struggles to keep hold of key men, though, and the club are looking to put an end to that issue with regards to Mane and Salah.

According to Neil Moxley of the Mirror, albeit not the most reliable Reds-related source, Mane “is set to be rewarded with a bumper new deal,” with his current contract expiring in 2021.

The decision is seen as “recognition of his contribution,” following a superb first two years in a Liverpool shirt, as well as understanding how inflated the market has become since he joined.

Mane hasn’t been as impressive this season as he was in his debut campaign on Merseyside, but Wednesday’s Champions League hat-trick against Porto again showed how vital he is.

The same clearly applies with Salah, who has been the undisputed signing of 2017/18 in the Premier League, netting 30 times and rivalling Kevin De Bruyne as the country’s standout player on current form.

Although Moxley’s report is predominantly based around Mane’s future, he states that Salah is also in the same boat.

Top clubs have been linked with acquiring the Egyptian’s signature this summer, most notably Real Madrid, so keeping him happy remains paramount.

Reports last month said the club were also looking to tie down the third of the Reds’ attacking trio, Roberto Firmino, to a new long-term contract – whose current deal expires in just over two years.

If Liverpool are to return to the summit of English football under Klopp, retaining their best players simply must happen.

They have earned a frustrating reputation as a selling club, with the likes of Coutinho, Raheem Sterling and Luis Suarez all moving on, and progress has been blunted because of it.

Keeping Mane and Salah – and Firmino – would be a major positive in that respect, as Klopp looks to build something special.