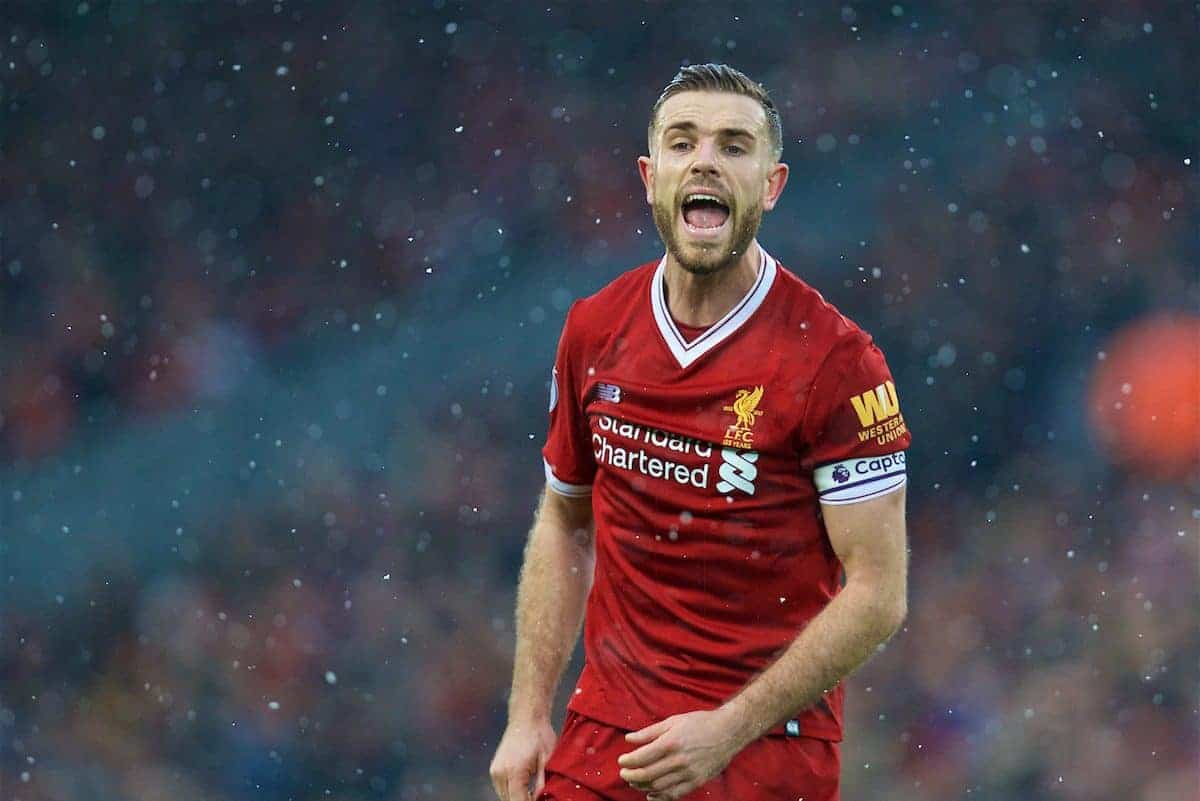 Jordan Henderson could be rested for Liverpool’s trip to Southampton on Sunday, leaving Jurgen Klopp with an interesting reshuffle.

The Reds head to St Mary’s searching for three vital points to cement third place and a controlling position in the top-four race.

Clashes with the Saints have become grudge matches in recent seasons, and hostility will only increase another notch as Virgil van Dijk returns to his former club for the first time.

The Dutchman is poised for a starting role at St Mary’s but Henderson could be rested, which leaves Klopp with an interesting reshuffle ahead of the looming Champions League tie at Porto.

So how could Liverpool line up on the south coast?

Speaking in his pre-match press conference, Klopp insisted Wednesday’s European tie will have no influence on preparations for Sunday’s game.

This suggests rotation will be avoided and a first choice lineup will feature—and rightly so given the Reds have had a week to refresh and a weekend with no fixture follows.

Klopp could therefore keep changes to a minimum to bring consistency to team selection—especially defensively—and hopefully a positive rhythm to performances.

Indeed, with Gomez out, the back four should be unchanged, which would see ex-Saints pair Van Dijk and Dejan Lovren tasked with keeping out their former employers.

The front three should also remain untouched with little genuine alternative available, but an adjustment could be made in midfield.

While the trio of Henderson, Emre Can and James Milner has worked well in the last two games, an injection of energy and more natural attacking intent would be welcome.

Oxlade-Chamberlain should take over from Milner to provide it at the club where he started his career, which would see one solitary change made. As Klopp also stated, he has two more sleeps before final decisions are needed so the boss could yet opt to utilise the squad and field a selection with more changes.

In defence, Matip could return to partner Van Dijk in place of Lovren, who has previously struggled when facing his old club at St Mary’s.

Two changes rather than one could be made in midfield as Klopp has since explained the need to sensibly manage Henderson after his recent injury return.

The skipper could make way along with Milner, which could see Wijnaldum and Oxlade-Chamberlain join Emre Can in midfield.

Somewhat ironically as Klopp talks about the need to preserve certain key players, the same attacking trio would start for the sixth consecutive game. Talking of the need for sensible management to avoid burnout, it’s fair to say the front three would each benefit from a break after five consecutive starts each.

So Klopp could conduct a reshuffle that also hands one of the trio a much-needed rest.

This could again see only a solitary midfield change with Wijnaldum replacing Henderson, which would then free up Oxlade-Chamberlain to take up an attacking role.

The summer signing could slot in on the left to give out-of-form Sadio Mane a moment to recharge ahead of the crucial first leg in Portugal. A tough game waits on the south coast, but it’s fixtures like this that the Reds must take three points from to ensure the fight for a top-four spot eventually proves successful.