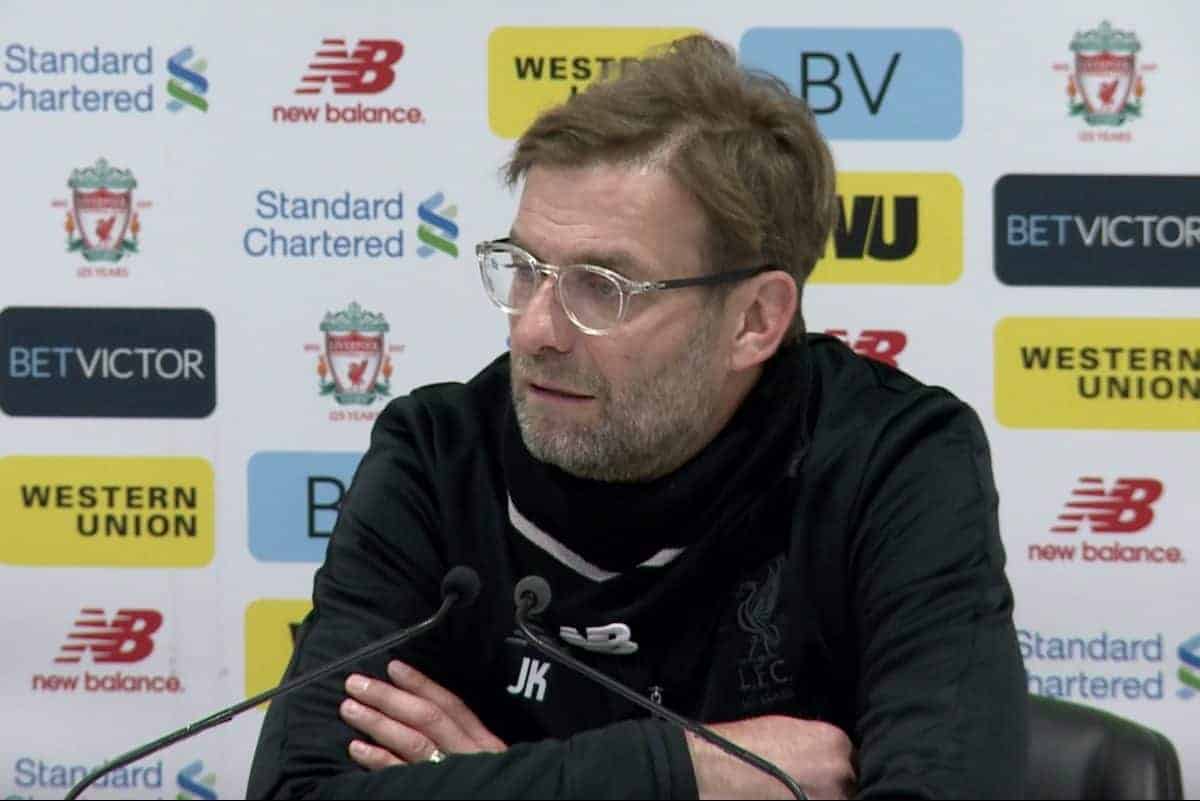 Watch as Jurgen Klopp discusses a controversial night at Anfield that saw his Liverpool side draw 2-2 with top-four Premier League rivals Tottenham.

The Reds were in the driving seat throughout the first half on Merseyside, but could only take a 1-0 lead into the break through Mohamed Salah‘s early opener.

Loris Karius saved Harry Kane’s first spot-kick, before Salah scored a stunning solo goal to put Liverpool ahead again, but his Golden Boot adversary levelled the scores late on with another penalty.

Speaking after the game Klopp was understandably angered with the linesman’s influence on the game, though he paid respect to Spurs for their efforts throughout.

He also reserved special praise for Salah, who scored his 20th and 21st league goals in a phenomenal first season with the Reds.

The overriding feeling, however, was one of frustration, as though it may be a deserved point for both sides Liverpool certainly did not get the rub of the green once again.