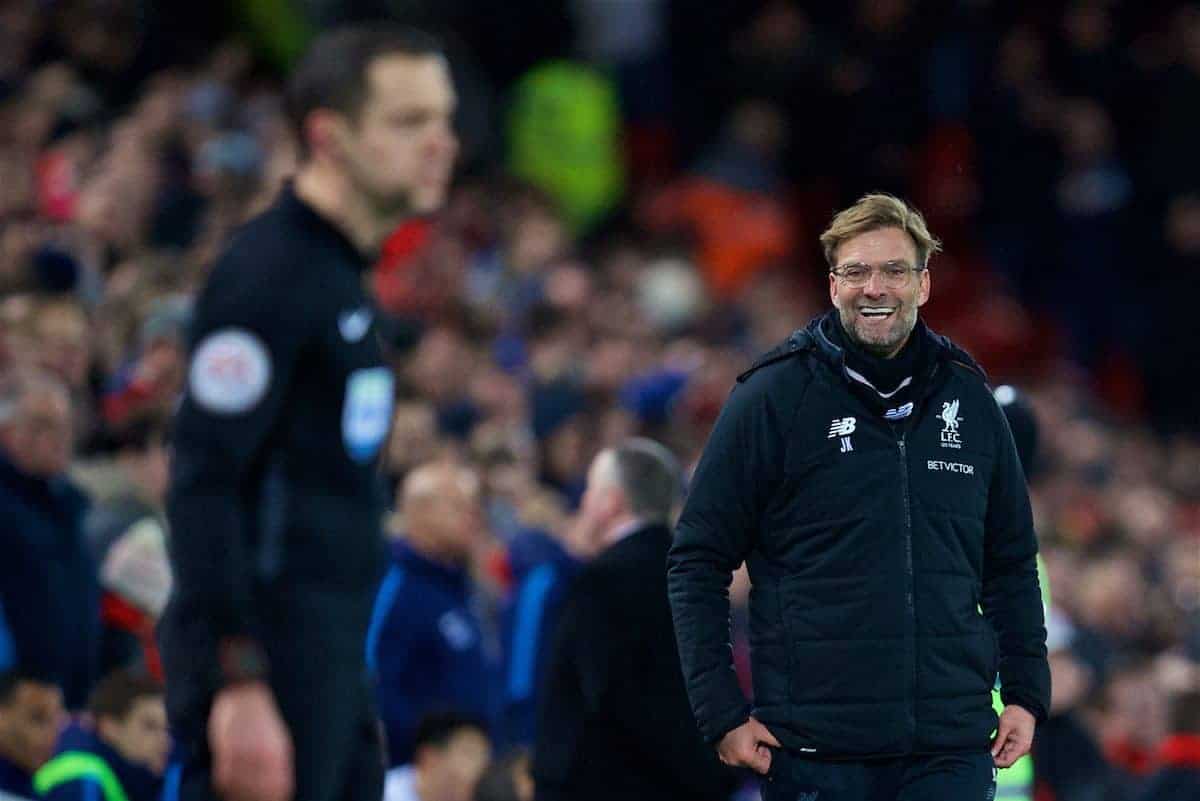 Jurgen Klopp admitted he would get the “biggest fine in world football” if he gave his honest opinion on Jon Moss’ decision to award two penalties against his side.

Harry Kane missed the first but converted the second with virtually the last kick of the game to secure a 2-2 draw for Tottenham at Anfield.

Klopp was unhappy with both, as he felt Kane should have been flagged offside for the first and thought Virgil van Dijk’s challenge on Erik Lamela was not worthy of punishment for the second.

Klopp said: “Obviously I can’t change anything so what’s my job now? To create headlines? To be punished? To pay a fine?

“If I say what I think, I would pay the biggest fine in world football. That makes absolutely no sense.

“I have no problem with people making mistakes but if you don’t see the situation, then step aside.

“I thought for the first penalty they were discussing. I didn’t see Jon Moss asking anything.

“At the end I’ve learned something new and now people will think I know nothing about football because I thought it was offside.

“But the second one, it’s not about who is where. In the 93rd minute you whistle a penalty when you are 100 percent sure.

“It’s clear in these situations the opposition wants to go down, wants to cause these type of problems, but we have to accept it, I can’t change it. But it’s really hard to get.”